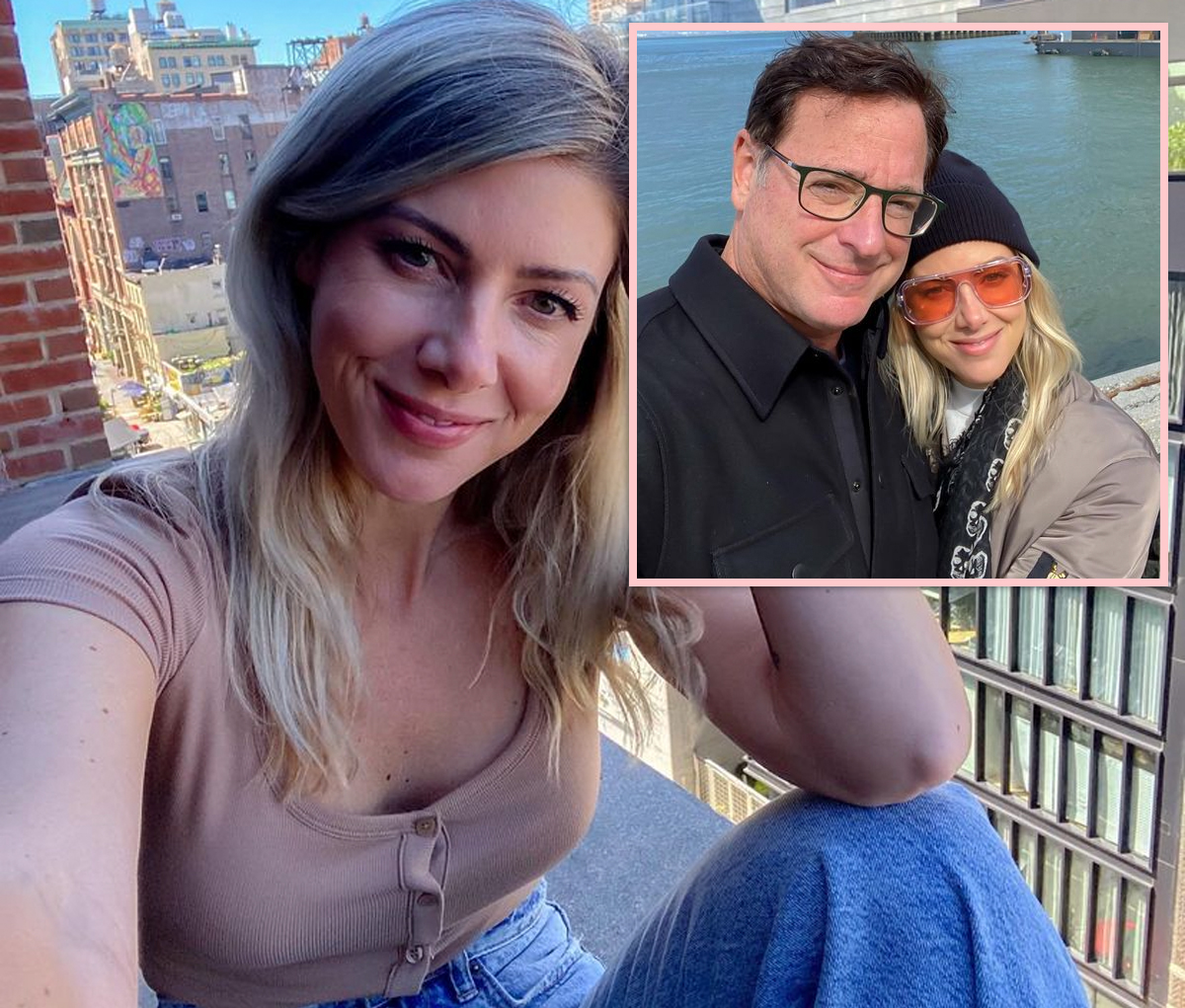 Kelly Rizzo will forever have a special place in her heart for Bob Saget.

On Wednesday, the 42-year-old, along with Amanda Kloots, spoke at a panel where she opened up about the grief she’s experienced over the past couple of months since her husband’s passing. During the conversation, she took a moment to reflect on some of the ways she is still connected to Bob even though he is no longer with her. In fact, Kelly confessed that while she knows their relationship has changed due to his death, she still considers herself married to the late comedian. She told the 40-year-old dancer:

Kelly also noted that all of her loved ones who have passed away are “still there” with her no matter what. As you most likely know, Bob suddenly died from head trauma earlier this year while on a comedy tour in Orlando, Florida. His death came as a complete shock to the world – especially for Kelly and his family. She even admitted to Amanda that she doesn’t like to say the “D-word” and instead only refers to it as “‘the day everything happened.’”

Although Kelly has moved out their home, she likes to keep the Full House star’s memory alive into this new chapter of her life:

“I mean, I still talk to him and I have his pictures everywhere.”

Another way she is remaining connected to Bob? By also making sure to stay in touch with his three daughters – Aubrey, Lara, and Jennifer. Kelly recalled to the panel how they recently visited her new house, where they witnessed first hand how much their dad’s presence was still there despite the move:

“His girls came to stay with me for you know, the first time since I moved into the new house just this last week, and they walked in and I was like, ‘So it’s kind of like a museum to your dad, so don’t freak out but yes, he’s everywhere.’ And then they’ll catch me like talking to a picture every once in a while, and they’re like ‘Stepmommy Kelly, are you okay?’”

Kelly then expressed how maintaining her relationship with the How I Met Your Mother alum’s daughters has been very important to her amid her grief, adding:

“I know Bob would want me to be there for his girls. I’m not as focused on my own grief when I’m trying to help them or support them or be there for them. When I’m doing little things to try to make them happy, it kind of takes me out of my head. And I’m also at the same time being like, ‘Oh, this would make Bob so happy, just knowing that I’m trying to make them happy.’”

What a sweet way to always keep Bob still present in all of their lives.