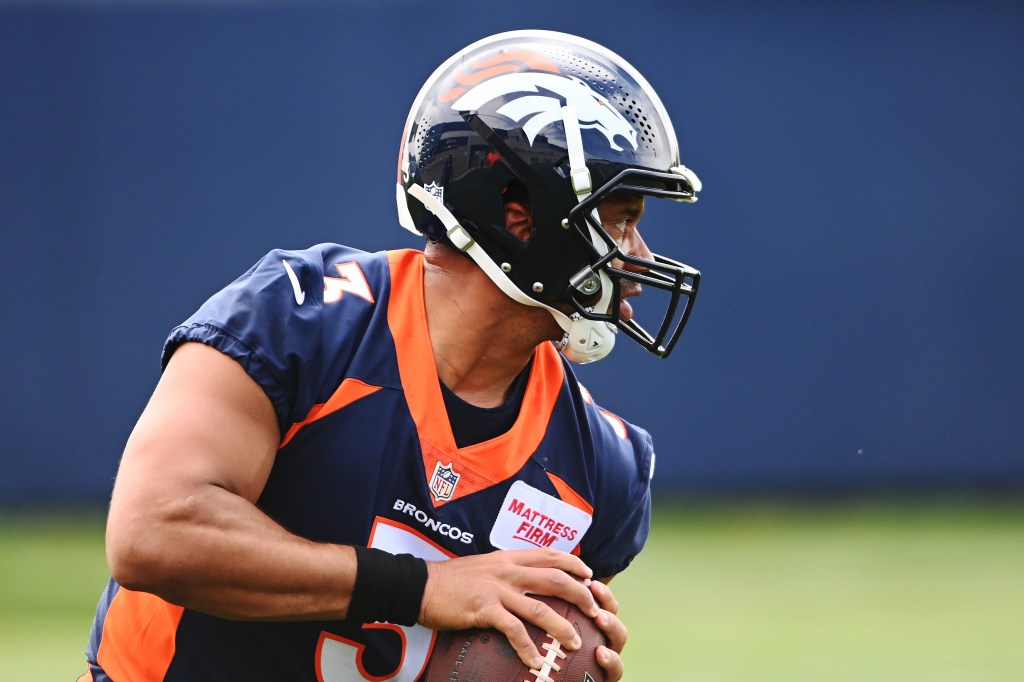 The league might as well get Drew Lock’s first game against the Broncos out of the way, right? Oh, and it is also Russell Wilson’s return to Seattle, where he played the last 10 years.

The Texans could start the year as the favorite to draft first overall in 2023. This represents the soft part of the early-season schedule, which means it is a must win for the Broncos.

Kyle Shanahan, the pride of Cherry Creek High School, makes his first head-coaching appearance in his hometown. The question: Will it be Trey Lance or Jimmy Garoppolo at quarterback?

A quick turnaround to play the Colts. The Broncos and Colts have in common quarterback instability, but made big offseason moves (Wilson to Denver, Matt Ryan to Indy) to address it.

The Broncos will have 11 days to prepare for their second Monday appearance. The Chargers are the only team Wilson has faced and never defeated (0-2 record). Justin Herbert is 2-2 against the Broncos.

The Jets managed only 11 first downs and 162 yards in last year’s 26-0 loss at the Broncos. For their return trip, they have quarterback Zach Wilson in Year 2 and dynamic rookie receiver Garrett Wilson.

The Broncos’ first trip to London in 12 years. Coach Nathaniel Hackett should really want to beat the Jaguars after the organization wrongly fired him as offensive coordinator in November 2018.

After a Week 9 bye, the Broncos begin a stretch of three non-division games in four weeks. The Titans will be formidable so long as running back Derrick Henry is healthy after missing a good chunk of 2021.

The first AFC West home game doesn’t arrive until the week before Thanksgiving. The Broncos’ offensive line will have their hands full with Raiders pass rushers Maxx Crosby and Chandler Jones.

The last time the Broncos visited Charlotte? Drew Lock and Teddy Bridgewater were the quarterbacks. The Panthers remain Quarterback No-Man’s Land after they came up empty in pursuing Deshaun Watson.

Wonder if Ravens coach John Harbaugh, if his team has the game in hand, will run the football to get 100 yards rushing like last year, generating the scorn of then-Broncos coach Vic Fangio.

Will the streak finally end? During their current run of divisional dominance, the Chiefs have won 13 consecutive games over the Broncos. This is the kind of game the Broncos acquired Wilson to win.

Old friend Vance Joseph, now the Cardinals’ defensive coordinator, makes his first regular season trip to Mile High since he was fired after the 2018 season. This will also be the Broncos’ first game against Kyler Murray.

At least the weather will be great at SoFi Stadium, which is a semi-expensive Uber ride from the beach. Quarterback Russell Wilson has faced the Rams 21 times in his career.

If this game has playoff implications (and why shouldn’t it?), this could be a flexed-into-Sunday-night possibility. Not that fans need a reminder, but quarterback Patrick Mahomes has never lost to the Broncos.

This game’s date (Saturday or Sunday) will be determined late in the regular season. A prediction: Both teams will have clinched playoff berths will be playing for higher wild-card seeding in the AFC.