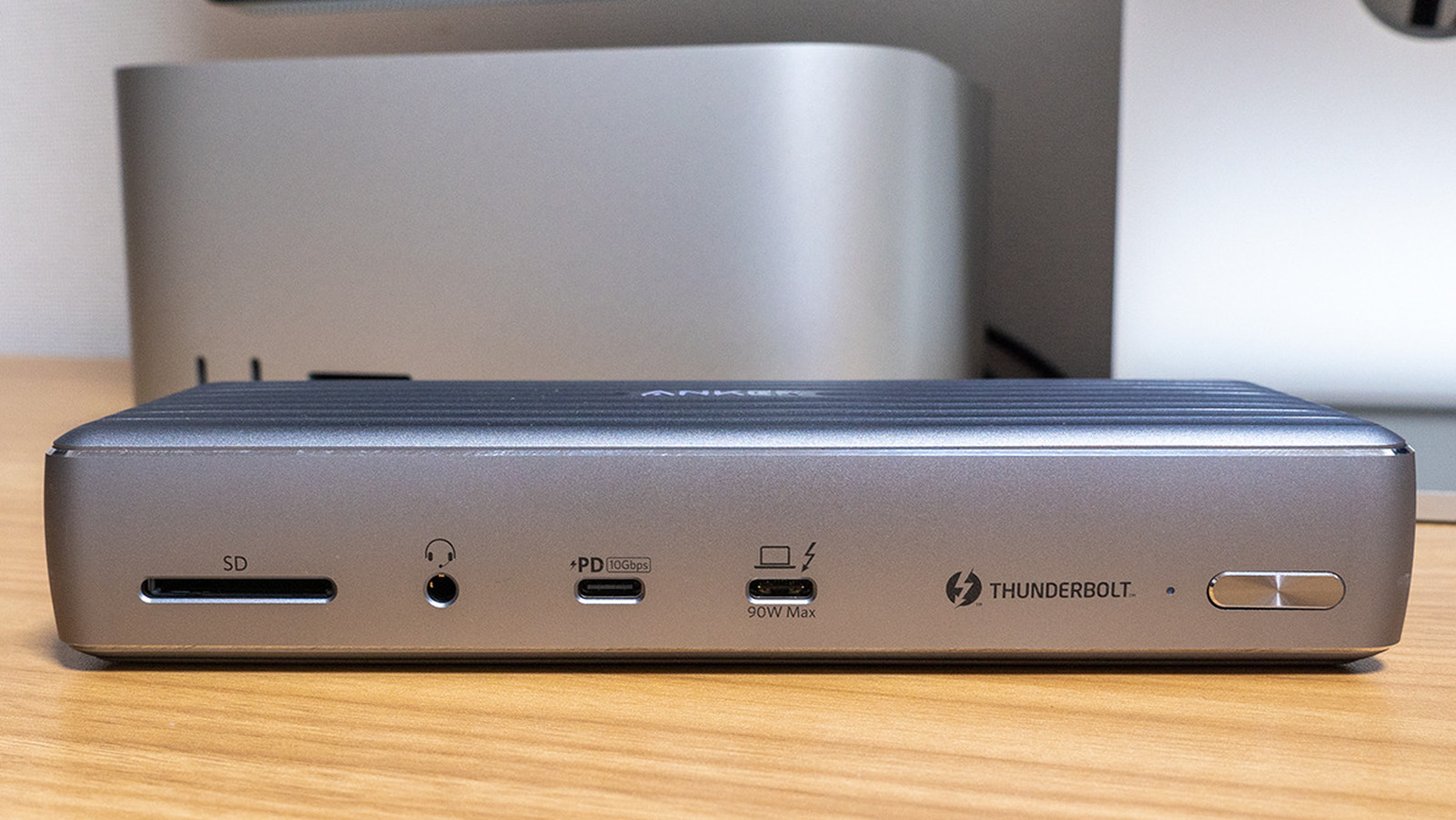 Anker is already ahead of the game by combining 12 ports with state-of-the-art Thunderbolt 4, and it didn’t cut corners either. Every single one of those 12 ports delivers as advertised, which is both good and bad, depending on what you need or expect. The USB-A ports, for example, only dish out 4.5W of power, which is a lot lower than what most USB ports deliver to power some devices. Same with the USB-C port’s 20W output, though that’s not the port you’ll be using to power up laptops anyway.

Of the 12, the upstream Thunderbolt 4 is probably the star of the show. Capable of 40 Gbps data transfers, it can also output 90W of power. That’s plenty enough for many laptops, even larger ones, so that explains why you need to have a large power brick in the first place. But even with all the ports in active use, the dock never ran hot during testing, which is surprising considering it doesn’t have active cooling. The other Thunderbolt 4 port, which is the downstream port, only puts out 15W of power, but that’s also plenty for high-speed drives and even monitors. In fact, that’s how you can get an 8K/30Hz output if you have a monitor that supports it. Both TB4 ports support high-speed data transfers and moving a 20GB file happens in a snap.

The Anker 777 has plenty of options for video output, but it’s also where things start to get a bit confusing with its compatibility. In theory, you can have as many as three external monitors in addition to the one your laptop has. This works best on Windows 10 or 11 laptops or MacBooks that still run on Intel’s processors. The M1 MacBooks, however, are hard-wired to support only one external monitor, regardless of how many ports a dock has. This might change in the future, but that has been the status quo for almost a year now.

As a Thunderbolt 4 dock, the Anker Apex is guaranteed to only work with laptops and computers that have Thunderbolt 4 ports, as well. There still aren’t many laptops using this newer Thunderbolt standard, but that number is expected to rise steadily as more manufacturers adopt it. This can be a bit confusing for buyers, though, so it is best to check your laptop’s specs before investing in this docking station.