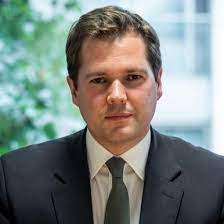 The government remains committed to building more new homes, but its target of 300,000 a year by 2025 looks unlikely to be met, according to the former housing secretary Robert Jenrick

Speaking during a debate in the House of Commons on the Queen’s Speech, the senior Tory MP warned the government will almost certainly miss its 300,000 homes-a-year manifesto pledge “by a country mile”.

He raised concerns that the volume of residential properties built under Boris Johnson’s leadership as PM will be the “high-water mark” for “several years to come”.

The former secretary of state for housing, communities and local government, who was sacked by Johnson last year, commented: “It is a matter of the greatest importance to this country that we build more homes. Successive governments have failed to do this. There’s always an excuse.”

He continued: “We’ve got to get those homes built because we’re letting down hundreds of thousands of our fellow citizens. People are homeless today because we’re failing to build those houses. Young people’s rightful aspiration to get on the housing ladder is being neglected because we’re not building those homes.

“If I had to guess, I would say that the number of homes we built in the first year of this administration under the Prime Minister and myself, almost 250,000, will be the high-water mark of the number of homes built in this country for several years to come, and that the Government will miss its 300,000 homes-a-year manifesto pledge by a country mile.

“The only way in which we will get back to 250,000 homes a year and exceed it is if we together, on a cross-party basis, agree that that is not good enough and that we need to build more and find ways of doing that.”