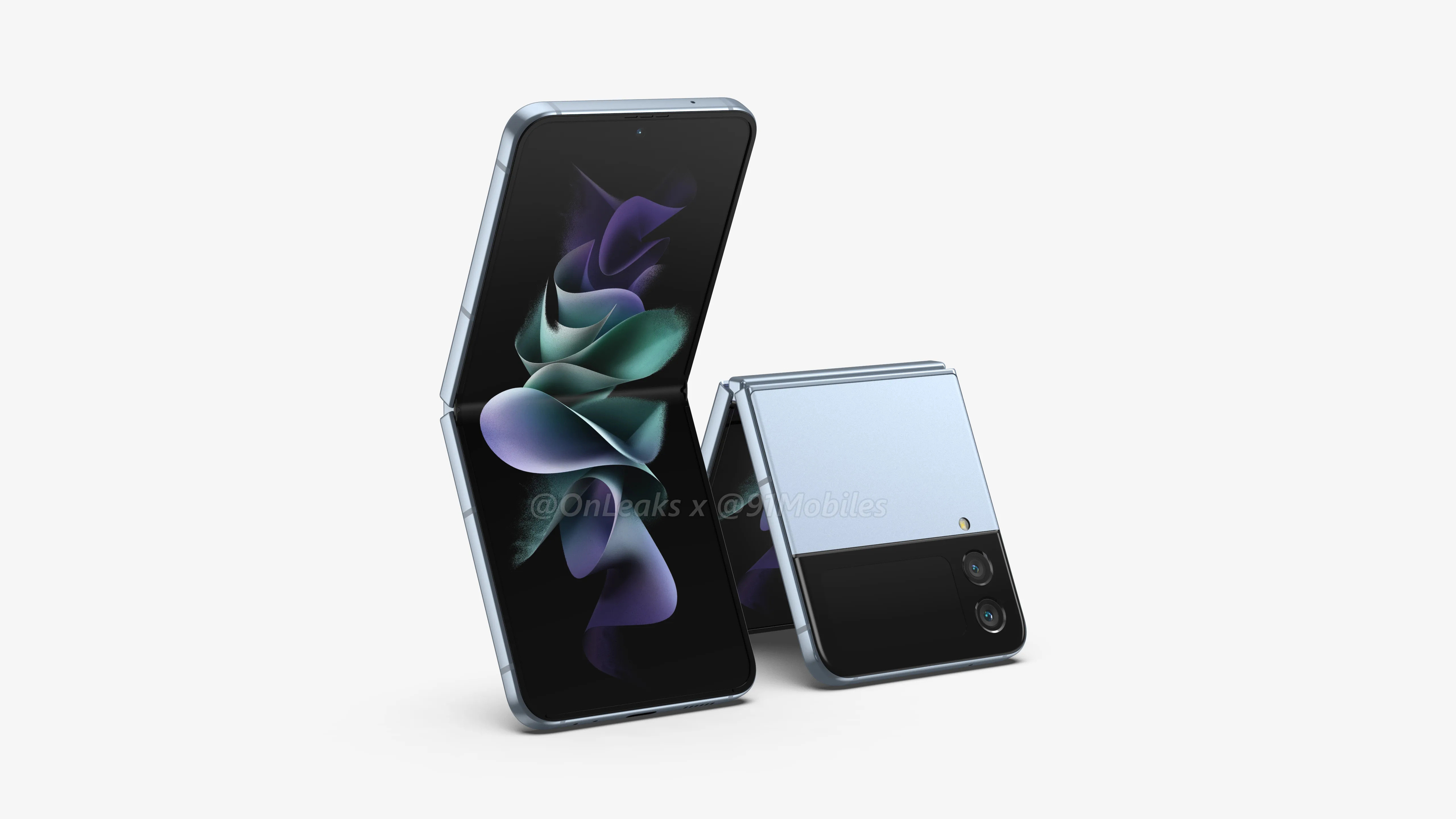 This has been a rather busy week for smartphone leaks and announcements alike. Not only did Google reveal the Pixel 6a and Pixel 7 on Wednesday, but we also saw leaked renders of the Galaxy Z Fold 4. Hours after he shared the Z Fold 4 leaks, Steve H. (@OnLeaks) returned with leaked renders of Samsung’s upcoming Galaxy Z Flip 4 as well.

Hemmerstoffer teamed up with frequent collaborator 91mobiles to share the Galaxy Z Flip 4 renders on Wednesday. Unlike the upcoming Galaxy Z Fold 4, which seems to feature a few design changes, the new Z Flip 4 looks virtually identical to its predecessor.

At a glance, you might not be able to tell the difference between these two phones. Like last year’s model, the Z Flip 4 will feature a 6.7-inch flexible display that folds in the center with a hole-punch cutout for the selfie camera. On the back, the small cover screen once again sits next to the dual-camera setup at the top of the device.

At the bottom of the phone are a USB Type-C port, a microphone, a SIM tray, and a speaker grille. The power button sits on the right side (and doubles as the fingerprint sensor) along with the volume rocker. None of these features or design elements are different from what Samsung brought to the table with the Z Flip 3 last August.

The design might be unchanged, but the phone will undoubtedly be more powerful than its predecessor. According to the leak, the Z Flip 4 will ship with Qualcomm’s more recent Snapdragon 888 Plus processor and a larger 3,700 mAh battery. Unfortunately, the two 12-megapixel rear cameras reportedly aren’t getting upgraded this year.

If you want an even better look at Samsung’s new foldable phone, 91mobiles published the following video showing it off alongside the leaked renders this week:

When is the Galaxy Z Flip 4 coming out?

Typically, Samsung hosts at least two Galaxy Unpacked events a year. The first Galaxy Unpacked of 2022 was in January, when the company unveiled the Galaxy S22 lineup as well as the Galaxy Tab S8 tablets. If Samsung sticks to the same schedule that it has for the past few years, the second event should come in August. Samsung announced the Galaxy Z Fold 3, Z Flip 3, Watch 4, and Buds 2 last August. We expect a similar showing this August.