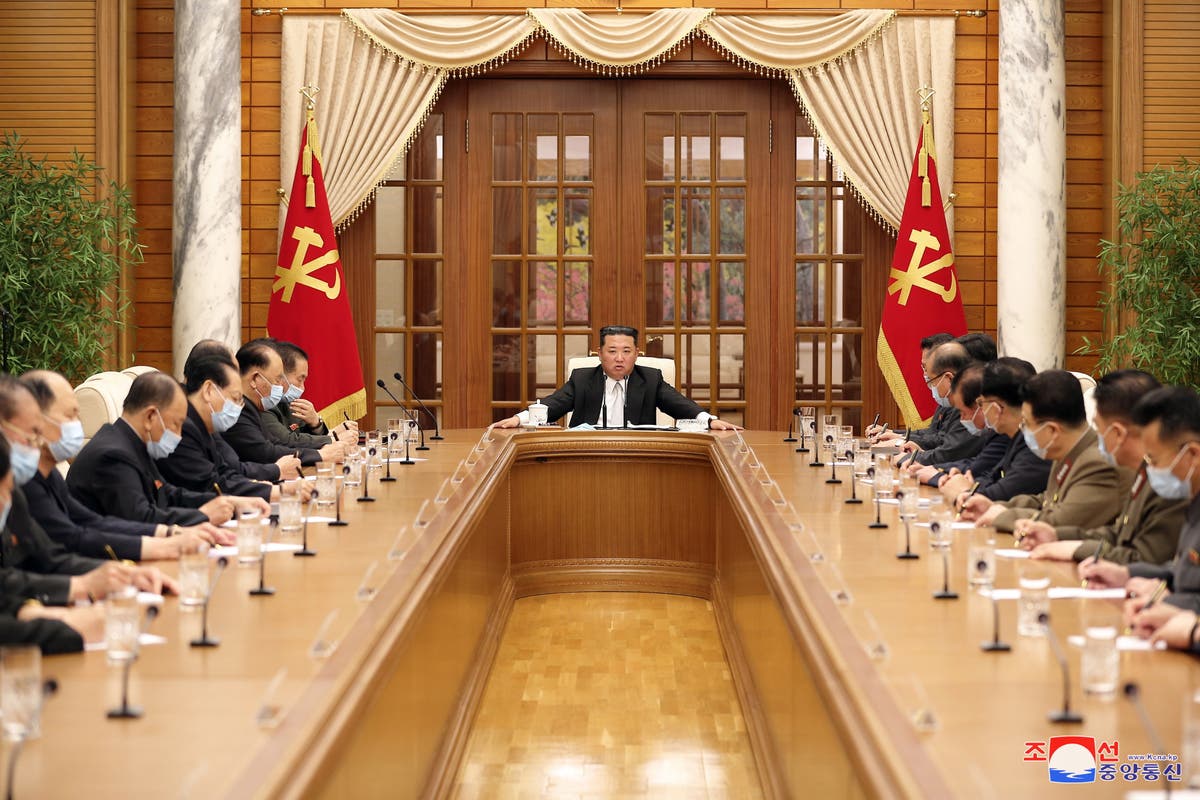 North Korea has confirmed an outbreak of the coronavirus infection in the country for the first time since the pandemic began, describing it as the “gravest national emergency”.

Kim Jong-un declared a nationwide lockdown and vowed to quickly eliminate the virus.

“There has been the biggest emergency incident in the country, with a hole in our emergency quarantine front, that has been kept safely over the past two years and three months since February 2020,” the state media, KCNA news agency, said.

It is the first public acknowledgement of coronavirus infections in a country where the media is strictly controlled.

North Korea has so far alleged that it has recorded zero Covid-19 cases since the pandemic began in 2020, a claim that has been widely doubted by health experts and analysts.

While the rest of the world concentrated on the pandemic, Mr Kim’s regime had remained focused on alleged foreign threats to national security and conducted a spree of missile tests and developed nuclear weapons and ballistic missile programmes.

Analysts now note that the North is entering a period of uncertainty and the virus is a more immediate challenge.

On Thursday, the state media confirmed that infections linked to a sub-variant of the highly transmissible Omicron virus, known as BA.2, have been detected in capital Pyongyang.

Samples of the infected people were collected on 8 May, it said. However, the size of the outbreak or the possible sources of infection isn’t immediately known.

The admission highlights the potential for a major health crisis in a country that has not administered a Covid-19 vaccine programme to its 26 million population after rejecting offers of free vaccines of China-made Sinovac and AstraZeneca.

The Rodong Sinmun, the newspaper of Mr Kim’s Workers’ Party of Korea, said the politburo of the party “admitted” that there was a “breach” in North Korea’s strict Covid-19 measures to control the virus from leaking into the country, according to Seoul-based NK News.

The members of the party criticised the country’s health agency in charge of the anti-epidemic measures for “carelessness, laxity, irresponsibility, and incompetence”, and failing to respond swiftly to the potential risk.

Leif-Eric Easley, a professor at Ewha University in Seoul, said the North Korean regime’s public admission of infection means the “public health situation must be serious”.

“This does not mean North Korea is suddenly going to be open to humanitarian assistance and take a more conciliatory line toward Washington and Seoul. But the Kim regime’s domestic audience may be less interested in nuclear or missile tests when the urgent threat involves coronavirus rather than a foreign military,” he said.

He added that Pyongyang will likely double down on lockdowns, even though the evident failure of China’s zero-Covid strategy suggests that the approach won’t work against controlling the Omicron variant.

“North Korea is entering a period of uncertainty in managing its domestic challenges and international isolation. The Kim regime would be well advised to swallow its pride and quickly seek donations of vaccines and therapeutics,” he added.

North Korea has halted trade with neighbouring countries, closed railway network and sealed its borders since the start of the pandemic, which triggered a dire economic situation and food shortages after supply chains were hit. The deteriorating situation forced several diplomats to flee the country with images showing them leaving on hand-pushed carts or walking miles to cross borders.

While North Korea said there were no cases in the country until now, there have been signs and unconfirmed reports of Covid infections among it people. Its neighbours South Korea and China have seen major outbreaks, and the latter is continuing to struggle to control its latest outbreak.