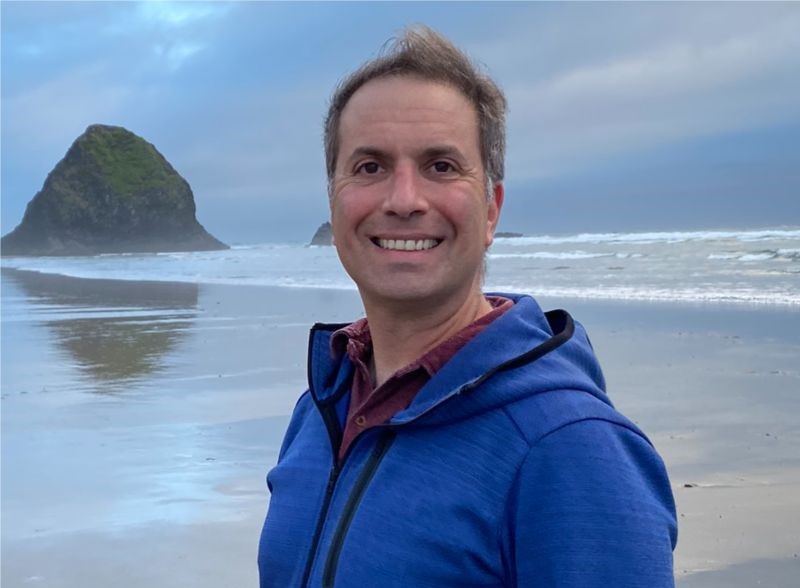 Jonathan Burstein, who co-founded voice technology startup Jargon and made a lasting impact at Seattle-area tech companies including Microsoft, Amazon, Zillow and Remitly, was an intuitive and empathetic engineer, angel investor and entrepreneur with a knack for generating creative solutions to problems.

Friends, family and colleagues reflected on Burstein’s legacy in interviews and email messages this week, following his sudden and unexpected death April 24 at the age of 45, at his home on Bainbridge Island, Wash., due to undetected coronary arteriosclerosis.

Burstein “truly made me better every day, and challenged me to be better,” said Milkana Brace, his co-founder at Jargon, describing his natural ability to break down a problem to its essence and basic principles.

Brace learned to think through her business and product ideas rigorously before floating them by Burstein, who was the startup’s chief technology officer.

“He would listen very intently and patiently, without interrupting, and would come back in real time with this three-point argument, delivered without a pause, without hesitation … why the idea didn’t make sense, or where it made sense, what the merits were, and how it could be made better,” Brace said, laughing. “He was just really unbelievable. And every time, I’d be like, ‘darn, he’s right!’

A leader by example

Jargon sold its technology last year to Remitly, and the co-founders joined the mobile remittance company, where Burstein was a principal engineer. Brace informed the community of his death in a post last week.

Earlier in his career, he was a key contributor at Zillow, starting in its early months as an engineer, and then lead developer. He worked on many of Zillow’s core technologies, and was a key member of the team that developed, implemented and evaluated the original Zestimate home-valuation algorithms.

“In addition to being an excellent computer scientist and engineer, Jonathan was a stellar teammate and leader who invested in his team and the individual careers of those around him,” said David Beitel, Zillow’s CTO. “He had a fun side to him as well. His infectious smile showed me that he loved what he was doing and the people he worked with.”

That spirit also came through at Amazon, where Burstein worked as a principal engineer from 2011 to 2017, playing an important role in the development of Amazon’s advertising platform, which has become a multi-billion-dollar business.

“He was able to dive into any problem,” said Jim Phillips, who was Burstein’s manager at the time. “He had this way of breaking things down into the root issues, and then addressing those, and he didn’t just put a façade over problems.”

Burstein was awe-inspiring to many of Amazon’s junior engineers, who knew they could come to him for a solution to almost any problem, Phillips said. But he was also a mentor in those situations, leading them to a solution in a way that would help them learn how to think through future problems themselves.

Burstein “was responsible for many engineers’ success at Amazon,” Phillips said.

He had wide-ranging passions in technology, travel, real estate, and politics. His wife, Alanna Burstein, recalls coming across records of donations to organizations such as the ACLU and Planned Parenthood in his condo when they started dating. He subscribed to both Mother Jones and The Economist magazines.

She immediately found him fascinating.

“He was incredibly intuitive and incredibly empathetic,” she said. “And that showed up so much in our relationship, and with our families.”

A child of the grunge era, he loved music and live shows. His favorite bands included Screaming Trees, The Afghan Whigs, Funkadelic, and The Roots. A show by D’Angelo and the Vanguard was “life-changing for both of us,” Alanna said.

He made angel investments through the group now known as SeaChange Fund.

Burstein’s knack for problem-solving also extended to his personal life. For example, when Burstein’s sister-in-law and her husband needed help structuring their offer to buy a home in a competitive market, they turned to him.

Hearing that the sellers wanted to rent the home back for 45 days, and sensing that they might be experiencing some turmoil in their lives, Burstein gave some unexpected advice: offer 60 days instead.

He read the situation correctly, and it was the difference in getting the home.

Burstein would have had no regrets about the way he lived his life, Alanna said. Even with his passion for his work, he maxed out his vacation every year to travel with her and their families.

They would have celebrated their eighth anniversary in September.

“We lived life, every moment, to the fullest,” she said. “We assumed we would live into our old age together. But looking back on it … thinking about all our adventures … it was almost as if we knew our time together would be short.”

In addition to his wife, Burstein is survived by his parents, Renee and Fred, and brother Michael. He also leaves behind a beloved dog, Murray. He was laid to rest at Hillcrest Cemetery on Bainbridge Island. Family and friends plan to hold a celebration of his life in his memory.

Burstein’s family asks those inclined to make a donation in his memory to consider public ration station KEXP, recognizing his love of music.