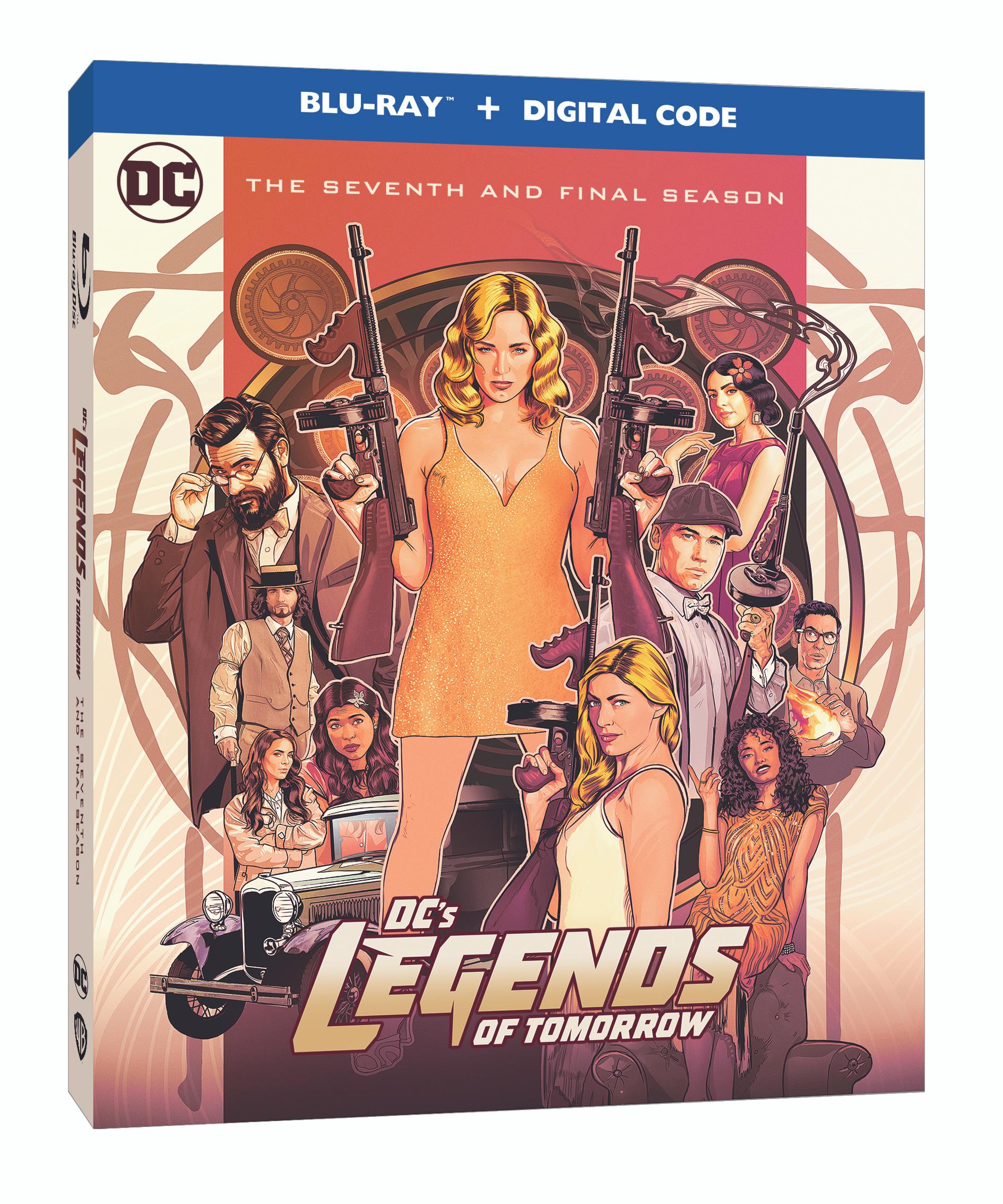 Fans of the long-running DC’s Legends of Tomorrow live-action TV series can look forward to owning the show’s seventh and final season on Blu-ray and DVD come July 19, 2022.

Courtesy of Warner Bros. Home Entertainment, the upcoming physical release of DC’s Legends of Tomorrow: The Seventh and Final Season will consist of all 13 episodes along with extra features for fans to enjoy.

The official description for the seventh and final season reads:

After saving the planet from an alien invasion last season, the Legends deserve a break. Too bad their time travel ship, the Waverider, gets blown up by a second Waverider…meaning the Legends are now trapped in 1925 Odessa, Texas! The only way to get home, and get payback on their mysterious new enemy, is to journey across the country to an early pioneer of time travel, who might just be their only hope of returning home. But with no Waverider, no way of knowing how they’re impacting the timeline, and a time-traveling foe hunting them, this will be the toughest mission yet for the Legends.

Here’s the trailer for the seventh season!

The Extra Features on the Blu-ray and DVD include:

The 13 One-Hour Episodes are:

The show’s Blu-ray and DVD releases (3 discs each) will be presented in 16×9 widescreen format. The running time is approximately 546 minutes with the enhanced content being approximately 79 minutes.

The seventh season premiered on The CW on October 31, 2022, with the finale airing on March 2, 2022. Fans were hoping for renewal news, however, the higher-ups decided to not greenlight another installment. The cancellation was announced in April, with the series (praised for the fun storytelling and queer representation) having aired 110 episodes.

At least, fans will have the opportunity to collect the series in physical form.

Will you be picking up the Blu-ray and DVD releases?