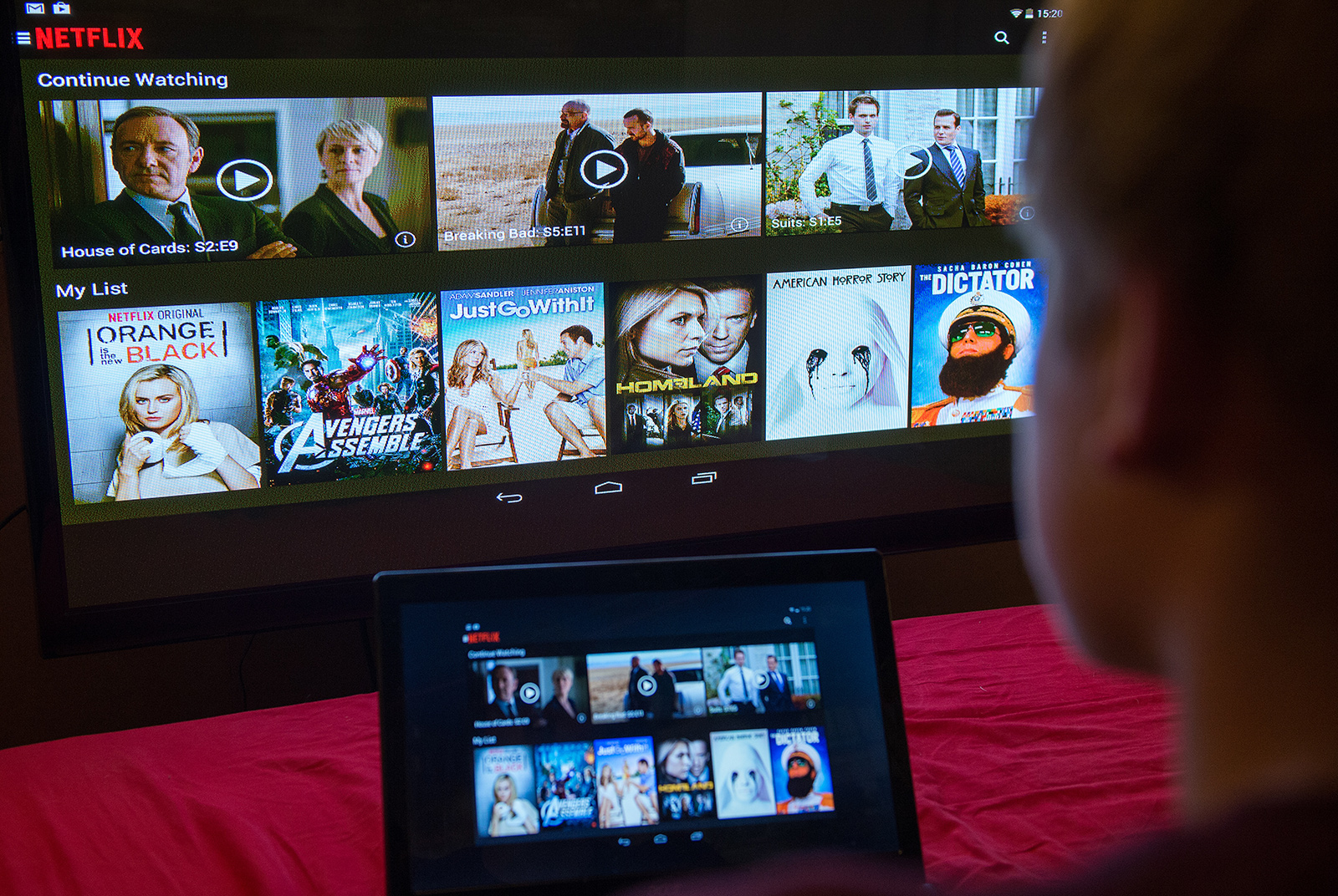 It would be great to get Netflix for free. Nobody is denying that and everyone would gladly take that. But since that’s not an option, and as we saw with Netflix’s Q1 2022 numbers, people are shedding the service now more than ever. That’s what a rate hike will do to you. And they are even going to crack down on people who are sharing passwords, which is only going to lose them more subscribers. Plus, ads are coming quicker than we realized.

But there are ways out of this. What we can give you is a great overview of the best apps to stream free movies and shows. While you may want to keep an eye on what is coming out each month on the streaming service, we’re saying join those hundreds of thousands of others who dropped the service.

How to get great content from free streaming apps

You probably think that you have too many subscription services as it is. You don’t need to be paying for live TV. That’s the first part. For those looking to save money and enjoy free entertainment, you’ve come to the right place. On top of getting rid of cable, you should cancel Netflix and any other video services you currently subscribe to.

That might seem like a crazy idea to some people, but desperate times call for desperate measures. Especially as the price of everything around us is going up, including gas, you want to find ways to cut the cost. Inflation is at its highest rate in decades, so you have to find ways to save.

What you might not realize, however, is that there are thousands upon thousands of hours of movies and TV shows out there just waiting to be streamed for free. So these apps to watch shows for free are definitely worth your time to check out.

Ditching some or even all of the paid services to which you subscribe might mean missing out on some of your favorite new content as it’s released. But some people might not have a choice right now. Also, you can always cancel Netflix and all those other services for just a few months. Then, subscribe again once you’re interested in it or can afford it. In the meantime, let’s take a look at 10 free streaming sites that will help tide you over. You can check them all out below.

IMDb TV (soon to be Freevee) is a free streaming service that people have really been loving it. This emerging streamer has a bunch of popular movies and TV shows that you can stream for free without paying a dime. It works in your web browser of course, but also in IMDb’s apps, which means you can stream all this free content straight to your iOS or Android device! This plays on your PS5, Google TV, Roku, Xbox, and more. Plus, while you’re using IMDb TV, you can see who is in your film or TV show and what projects they have coming up!

Another service we told you about a while ago comes from Redbox, and it’s unlike any of the other Netflix alternatives we’re going to cover in this roundup. Whereas every other streamer we’re covering is like Netflix in that it uses an on-demand streaming model, Redbox Live Free TV uses a more traditional television model. We love this service.

There are a bunch of different channels and they all stream live TV, just like the name of the service suggests. You’ll find news, web culture content, comedy shows, and even a bunch of popular TV series like The Price is Right (Bob Barker’s Years), Cops, Family Feud, and Unsolved Mysteries. It’s all totally free to watch even without a login, and you can stream it from the Redbox site or from within the Redbox app on any platform. Also, you’ll get a better idea of what movies you can get when you go to a Redbox kiosk.

Crackle has been around for a long time and yet it’s still one of the best places to stream content for free. As is always the case with free streaming services, you’re not going to find any brand new releases. But there are plenty of movies and TV shows to choose from. The selection includes plenty of things you’ve never heard of, but you’ll also find popular favorites, like the BBC’s Sherlock. You can watch every single episode of Barney Miller for free! Also, watching Marvel Cinematic Universe actors like Jeremy Renner and Elizabeth Olsen in Wind River is free right now! So is Bong-Joon Ho’s epic Snowpiercer which stars Captain America, Chris Evans! How great is that?!

Kanopy is probably the greatest streaming service you’ve never used. And the best part is, you already have access to it without even knowing it! If you have a library card or attend college, you probably have access to Kanopy’s huge library of thousands of streaming movies. From recent movies like Eighth Grade to classics like Rashomon, this has a ton of options to pick from. If you don’t have a library card, this is a terrific reason to go get one (not to mention you can be reading more). You’ll be shocked at how impressive the streaming selection is, and there are Kanopy apps for every major platform including iOS, Android, Fire TV, Roku, , and more.

Hoopla is just like Kanopy in that you can access it for free as long as you have a library card and your local public library participates. What’s crazy is that you might find even more popular movies and TV shows here than you did on Kanopy. Hoopla is one of the great free streaming apps and the app even allows downloads for offline viewing when you travel. Just remember, Kanopy and Hoopla work just like the library, so you only have a certain amount of time to stream content before you have to “return” it. You can watch the content that you’ve downloaded on your laptop, computer, or phone. Check out the 90s classic The First Wives Club free of charge.

Vudu isn’t an entirely free service, but it makes the list because it has a rather large catalog of free content. In fact, there are more than 1,000 different movies you can stream for free. All of Vudu’s free content is ad-supported, but so are all the other free streaming services included in this roundup other than the ones supported by public libraries. Trust us, you’ll be shocked at how many awesome movies you can stream on Vudu without paying a single cent. Sit down and enjoy one of the best sports movies of the past 20 years, Goon. Or even 1408, a movie I saw in theaters when it came out and actually thought was pretty good. Plus, if you do want to splurge on a new release, you can buy new releases weekly.

If there’s one service among the free Netflix alternatives that has almost as many high-quality movies as Vudu, it’s Tubi TV. In fact, there’s so much content to stream that you won’t believe you’re not paying for it. Studios including Paramount, Lionsgate, MGM, and Starz provide content to Tubi TV, and new movies are added all the time. There are a ton of great horror movies on here too. For horror fans, movies like the classics Phantasm, Wishmaster, The Girl in Cabin 13, and The Harrow are all available to stream right now. Plus, Tubi Originals like Teardrop or 10 Truths About Love are also available.

The Roku Channel doesn’t license any content directly as all these other services do. Instead, it aggregates free streaming movies, shows, and even live TV channels from other services so you can find all that great content in one place. Needless to say, it’s only available on Roku devices. Roku is the most popular streaming devices out there. So there is a good chance anyone reading this has one. There are originals and all kinds of movies on here. Plus, we all patiently await the Weird Al biopic starring Daniel Radcliffe to premiere on the channel.

Plex is one of the free streaming apps better than Netflix

A lot of people think of Plex as a media server that people use to watch movies and TV shows that they have downloaded illegally. That’s certainly one way the platform is used. But there’s plenty more than that to Plex. Use it as a server to stream your own digital movies, TV shows, and music that you’ve downloaded — legally or otherwise. Plex is also home to a fairly sizeable catalog of content that you can stream for free. Plus, it’s compatible to stream on a variety of devices.

Pluto TV is a fantastic free Netflix alternative. It’s also a fantastic free pay-TV alternative because it combines both consumption models into a single service. First, you’ll find a bunch of live TV channels. They stream totally free, including tons of movie channels, NBC News Now, CNN, CBS News, MTV channels, Fail Army, and more. There are hundreds of them. Then, on top of that, you’ll also find on-demand movies and TV series.

We added a bonus option in case you don’t want to give up your paid subscriptions. You can link them to find the best deals to watch movies you want with Movies Anywhere. You can sign up for a free account and then link your streaming and cable accounts. Participating retailers are , Prime Video, Vudu, Xfinity, Google Play/YouTube, Microsoft Movies & TV, FandangoNOW, Verizon Fios TV, and DIRECTV. This will show you the lowest price for a specific movie as you search through the “Deals” page. Plus, it’s one of the few places you can actually watch Spider-Man: No Way Home right now.

How to cancel Netflix?

What are the best Netflix alternatives?