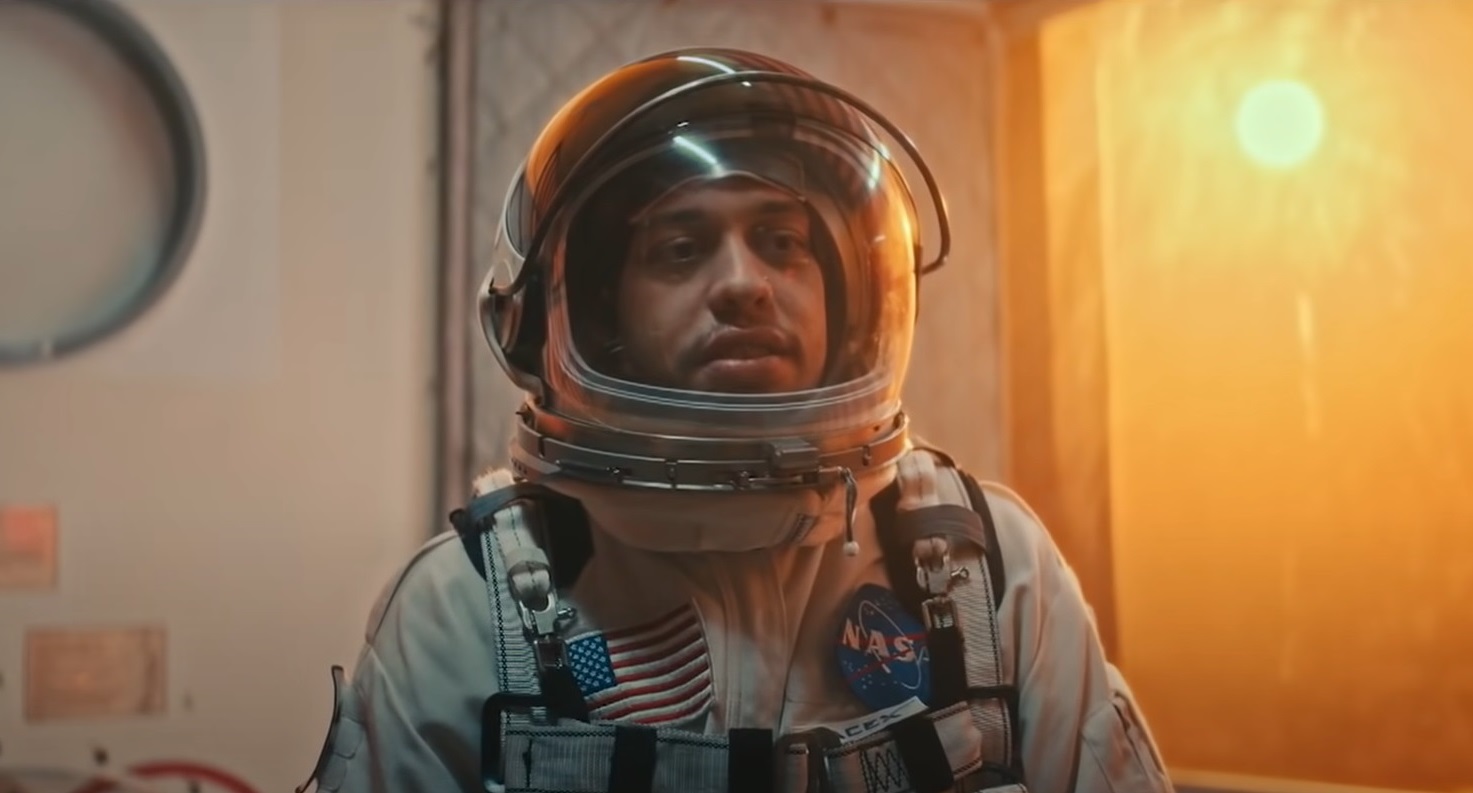 According to the New York Post’s Page Six gossip column, Davidson is close to signing up for a suborbital space trip on the New Shepard rocket ship built by Bezos’ Blue Origin space venture.

“Pete is excited,” according to an unnamed Page Six source said to be familiar with Davidson’s plans. “They haven’t signed a contract yet, but it looks like it’s going to happen. The details are being finalized.”

Blue Origin, which is headquartered in Kent, Wash., launched three crewed suborbital space missions from its West Texas spaceport last year and is reportedly keen to pick up the pace this year. Page Six quoted its source as saying the timing for Davidson’s flight is still up in the air.

In January, TMZ reported that Davidson and fellow celebrity Kim Kardashian had dinner at Bezos’ Los Angeles estate, and Page Six’s source said the 28-year-old comedian “got on really well with Jeff when they met.” (That’s despite the fact that Bezos was skewered this season in a different “SNL” skit.)

We’ve reached out to Blue Origin for comment and will update this report with anything we hear back. This wouldn’t be the first celebrity flight on a New Shepard spaceship: Last July, Bezos himself went on the first crewed mission, and Star Trek captain William Shatner went on a space trip in October.

Last year, Chinese-born crypto entrepreneur Justin Sun bid $28 million for a seat on a New Shepard flight that’s expected to happen late this year. But if Davidson climbs on board, he might benefit from the same fly-for-free deal that William Shatner and other “special guests” have received. Let’s just hope Davidson’s space mission doesn’t end the way it did for his character on “SNL.”