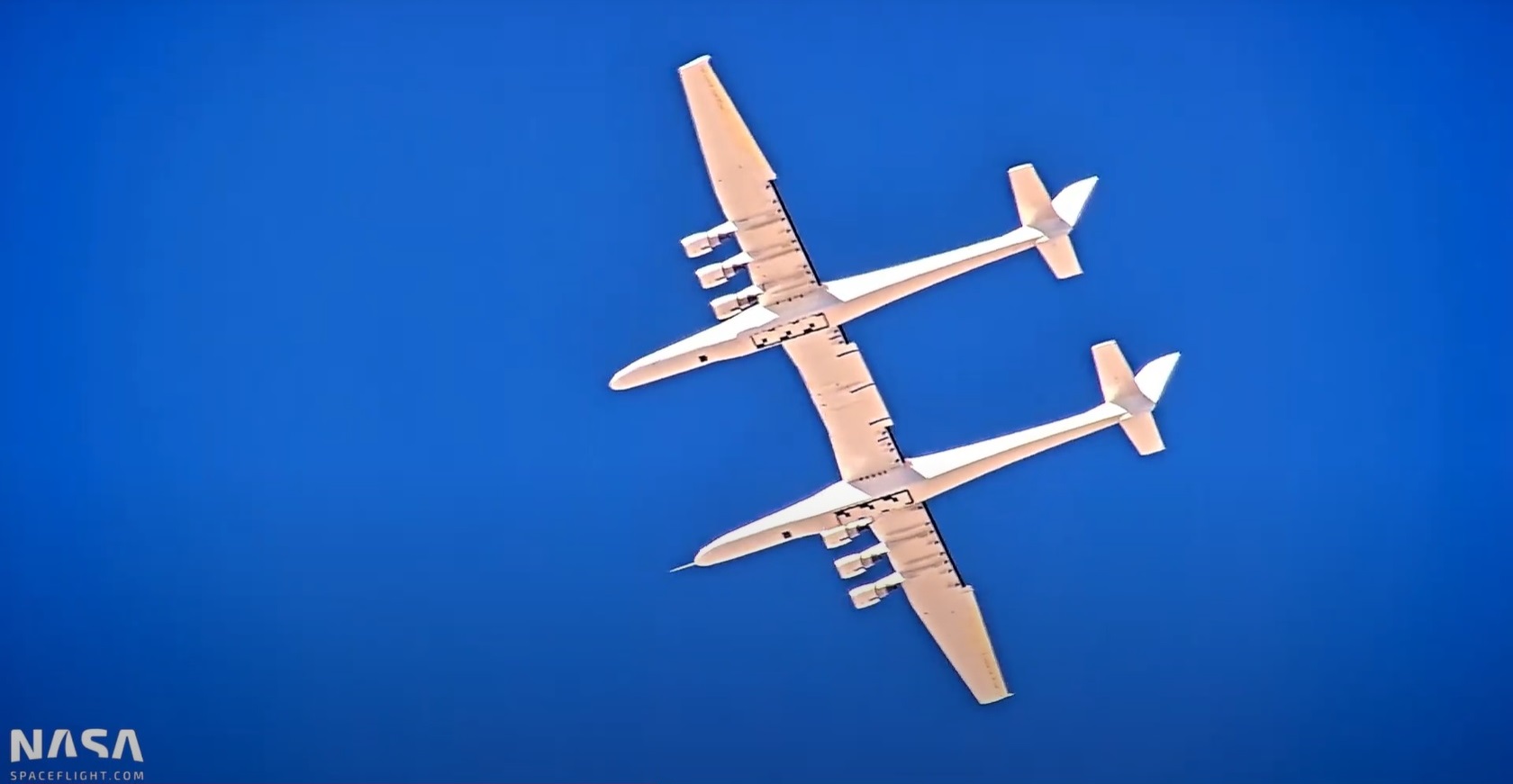 Stratolaunch, the air-launch venture created by Microsoft co-founder Paul Allen a decade ago, successfully conducted a full test of the landing gear on its mammoth Roc carrier aircraft today.

Today’s outing at California’s Mojave Air and Space Port was the fourth test flight for the twin-fuselage plane, which is named after a mythical giant bird and ranks as the world’s largest aircraft by wingspan. Its 385-foot spread is more than half again as wide as the wings of a Boeing 747.

Allen never got to see Roc take to the air: He died in 2018 at the age of 65, just months before the plane’s first flight. But under new ownership, Stratolaunch is following through on Allen’s efforts to develop the plane as a flying launch pad.

When Allen started up Stratolaunch, the venture’s primary objective was to launch rockets and their payloads into orbit from Roc in midflight. But the company is currently focusing on using Roc as a research testbed for hypersonic launch vehicles that don’t need to go into orbit.

Stratolaunch is working on system integration of its first two Talon-A hypersonic vehicles, known as TA-0 and TA-1. Krevor said today’s landing gear test was “a milestone that is necessary to ready the craft for Talon-A separation and hypersonic flight tests later this year.”

The company has started fabrication of a third vehicle, TA-2, which it says will be the first fully reusable hypersonic test vehicle.

Hypersonic flight has become a national security priority in recent years, in part due to efforts by Russia and China to develop hypersonic weapons that could elude U.S. defenses. Last year, Stratolaunch said it won a contract from the Missile Defense Agency to assess how reusable hypersonic testbeds could be used for defense applications.

Stratolaunch argues that its air-launch system is more versatile than a fixed-site launch system because it can operate from any airport with a runway big enough to accommodate Roc (such as Mojave’s 12,500-foot runway), can dodge inclement weather, and can deploy launch vehicles in any desired inclination.

The air-launch approach, which was used successfully for the Allen-backed SpaceShipOne project in 2004, has also been adopted for Virgin Galactic’s SpaceShipTwo rocket plane and Virgin Orbit’s Launcher One system.