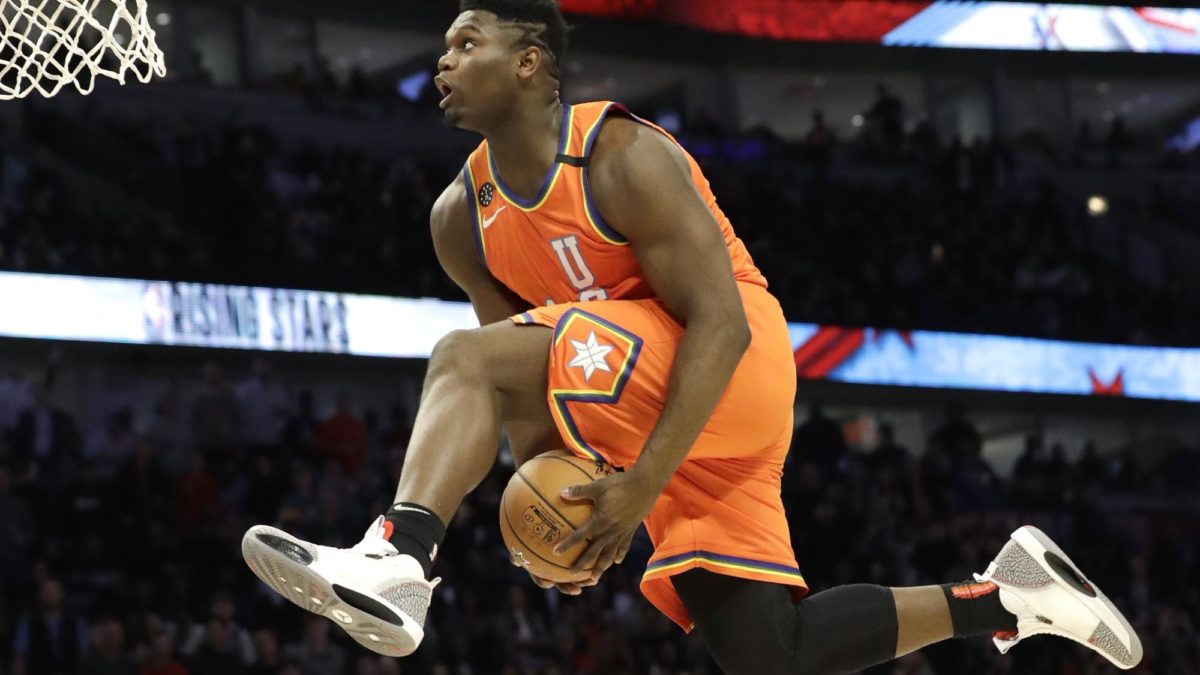 For the second time in the space of a few years, the Pelicans appear to be held hostage to a disgruntled superstar’s demands.

New Orleans are facing a deja vu dilemma – do they pander to Zion Williamson’s desires or do they consider trading him during his rookie contract to avoid a repeat of the drawn-out saga that led to Anthony Davis forcing his way out to the LA Lakers.

The franchise has an unwanted history of elite players wanting to leave, going back to Chris Paul’s controversial 2011 trade which was originally going to be with the Lakers before the NBA vetoed the deal and they ended up sending him to LA but to the Clippers.

This time around with the Zion situation, there’s a lot of smoke about the No.1 draft pick being unhappy with Pelicans management but no fire as yet.

In fact there has been barely a peep out of Williamson or his camp at all this season as his ongoing foot injury has delayed his return to the court on a monthly basis.

His newest teammate, star guard CJ McCollum revealed he had tried to reach out to Williamson but got nothing but radio silence.

Coincidentally, Zion is in Portland where he is undergoing private rehab and conditioning for his as yet unannounced return to the court and McCollum was traded by the Trail Blazers a fortnight ago.

His former teammate, retired three-point specialist JJ Redick, quite rightly called out Williamson for his lack of professionalism and indicated it was not a new problem for the prodigiously talented All Star forward.

“There’s a general decorum of behaviour you should apply as a teammate…. This just shows a complete lack off investment in your team, your organisation, in the city,” he said in his analyst role on ESPN.

“I get that he’s hurt and away from the team, but you just traded for one of the 50 best players in the league. A guy who is supposed to be paired with you. Reach out and say hello.

“This is a pattern of behaviour we are seeing from Zion. I was his teammate, I can describe him as a detached teammate.”

Williamson has reportedly reached out to McCollum since news broke about him brushing his teammate but the damage was already done and it just seemed like a PR move.

Redick also pointedly said it was worrisome that Williamson did not seem committed to doing what was ever necessary to become a true superstar at the Pelicans.

I can describe him as a detached teammate.

“There is a responsibility that you have to have as an athlete when you play a team sports to be fully invested: To be fully invested in your body, your work, your teammates. And we have not seen that from Zion.”

The reference to his body was not a throwaway line. There have been concerns about Williamson’s weight and conditioning since he came into the NBA three years ago and the fact that he has repeated problems with his lower extremities has only increased concern about his long-term future.

For Pelicans fans, including the four of us in Australia, the emotion that a tearful Zion displayed on 2019 NBA Draft night was supposed to be the team’s version of hitting the lottery after getting the No.1 pick in a year when a guaranteed franchise cornerstone was the consensus pick.

Doubts immediately swirled about him potentially trying to not report to the team because he wanted to play for the Knicks, he put them to bed with two words on Draft night when asked about heading to New Orleans: “Let’s dance.”

The Knicks, particularly their fans, are holding out hope of one day getting Zion to Madison Square Garden to pair with his former Duke teammate RJ Barrett and recently traded for the duo’s Blue Devils college pal Cam Reddish.

If there is a silver lining in Williamson’s inactive status this season for the Pelicans it’s that it means he is almost certain to accept a second contract with the franchise rather than forfeit millions of dollars and a shorter deal to head elsewhere.

But whether he wants to stick around for the long haul is still an open-ended question.

It’s way too premature for the Pelicans to consider trading their centrepiece, especially considering the addition of McCollum means they have the nucleus of a potential playoff team.

Throw in forward Brandon Ingram, a former All-Star who went close to making it again this season, centre Jonas Valunciunas plus gun defensive rookie Herb Jones and coach Willie Green – who has shown great potential in his debut campaign – has the building blocks for a potent line-up.

Williamson, who averaged 25.7 points at a phenomenal field goal percentage of 61.1% in his first 85 games across two injury-interrupted seasons, has the talent to take his support cast a long way.

His power, athleticism and box-office appeal could save the franchise but if he wants to follow Davis, who wore a “That’s All Folks” shirt on the way into his final game, out the door to a bigger market, the Pelicans’ future could be clouded.

The longer it takes for him to state that he is indeed committed to the franchise, the bleaker it looks for New Orleans.

Aussies in the Big Show

Tune in at 11.30am AEDT on Friday like many Australian hoops fans will be but it looks unlikely we will see Ben Simmons back on court for his debut with the Brooklyn Nets at the Barclays Center against Boston.

There were hopes he would be in action after the recent blockbuster trade with Philadelphia in the first match after the All-Star break, but Nets coach Steve Nash poured cold water on that idea when asked on Thursday.

Nash said he expected Brooklyn spearhead Kevin Durant, who has been out for a month with a knee injury, to be back on court before Simmons.

He also said recently acquired veteran Goran Dragic wouldn’t play while Kyrie Irving is still not allowed to play home games due to his COVID-19 vaccination stance but New York City’s mayor, Eric Adams, earlier in the week said the biosecurity regulations could soon be lifted.

James Harden is expected to suit up for his Philadelphia debut after the league-altering trade with Brooklyn and the hamstring injury which kept him out for the last few games before the All-Star break.

Two of this season’s biggest improvers going head to head. Memphis (41-19) are closing on Golden State for second in the Western Conference while Chicago (38-21) are in a share of the lead in the East with Miami.