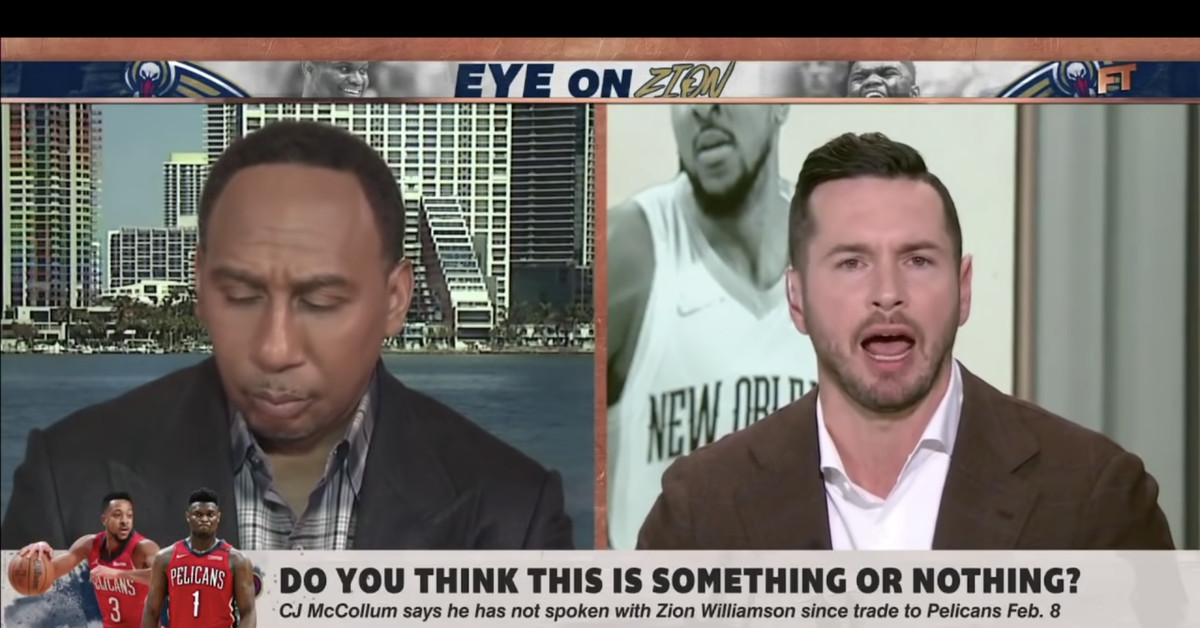 Zion Williamson has not played a game this season for the New Orleans Pelicans. The Pelicans opened the season during media day by announcing Williamson had surgery to repair a fracture of the fifth metatarsal on his right foot during the offseason. At the time, New Orleans boss David Griffin was intentionally vague about when the former No. 1 overall pick would return, telling reporters the “timeline should get him back on the court in time for the regular season.”

Williamson was supposed to be practicing with the team by Dec. but that still hasn’t happened. As the league headed to the All-Star break, there was a report that Williamson may need a second surgery on his foot.

New Orleans started 1-12 without Williamson, but they are 22-24 since to put themselves in position to make the play-in tournament in the Western Conference. The Pelicans added another big piece at the trade deadline by flipping a future first round pick for CJ McCollum, but as it happened ESPN’s Brian Windhorst reported the team is not expecting Williamson back anytime soon.

While Williamson has been rehabbing his injury, there have been reports that he’s been detached from the team. McCollum was interviewed on TNT during All-Star Weekend and said he still had not spoken to Williamson. Former Pelicans teammate J.J. Redick, now of ESPN, used McCollum’s comments as a jumping off point to rip Williamson’s behavior all season.

You can listen to the full 9-minute segment here:

“This just shows a complete lack of investment in your team, in your organization, in your city,” Redick said on ESPN. “You just traded for one of the 50 best players in the league. A guy who is supposed to be paired with you. Reach out and say hello. This is a pattern of behavior we’re seeing with Zion.”

Redick described Williamson as a detached teammate when they were together on the Pelicans during the 2019-2020 season. Then he kept going in.

“This is something I addressed with Zion in front of the team. This is going back to his rookie year.”

Redick also noted that the Pelicans didn’t include Williamson in promotional material for next year’s season ticket packages:

It was startling to see Redick rip into Williamson for several reasons. They’re former teammates, both went to Duke, and share the same agency with CAA. As Redick and Stephen A. Smith continued their discussion about Williamson, both noted the rumors that Williamson doesn’t want to be in New Orleans long-term.

While Williamson hasn’t demanded a trade from the Pelicans, there have been several reports that he has a wandering eye. He was reportedly bummed the New York Knicks didn’t land the No. 1 pick in the 2019 draft on the night of the lottery. His face lights up whenever he’s asked about Madison Square Garden. There have been rumors that his ‘camp’ is unhappy with the direction of the team.

As Williamson has been away from the team, his weight has ballooned reportedly up to 330 pounds.

The Pelicans certainly started slow, but ever since this has been a really fun team even without Williamson. Brandon Ingram keeps getting better as a primary scoring option. Jonas Valanciunas is having another excellent offensive season with improved three-point shooting. McCollum gives the backcourt extra juice off the dribble and as a shot-maker. Herb Jones looks like arguably the steal of the 2021 NBA Draft as an instant impact defender. The vibes could be really good in New Orleans right now, but Williamson’s injury, detached behavior, and the persistent rumors about his future keep dominating headlines.

Where’s smoke, there’s usually fire in the NBA. It’s certainly possible that Williamson would prefer to be in another market. Unfortunately, he’s unlikely to become an unrestricted free agent any time soon.

Next season will be the last year of his rookie deal, which means he’s extension eligible. If he doesn’t agree to an extension with New Orleans, he would become a restricted free agent, which means the Pelicans have the right to match any contract he signs. His only way to becoming an unrestricted free agent is by playing on the fifth-year qualifying offer, which almost never happens.

Is Zion trying to force his way out of New Orleans with the way he’s acting? It’s incredibly speculative to suggest so, but it won’t stop everyone in the NBA from talking about it.