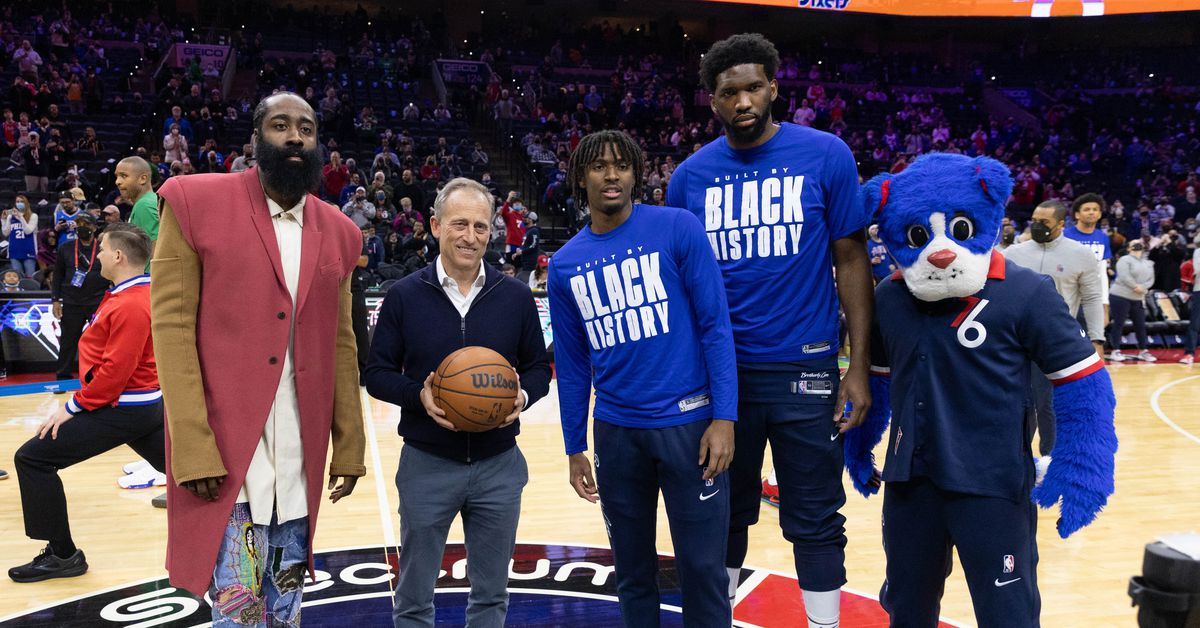 The NBA All-Star Game symbolically marks the halfway point in the regular season, but in reality teams have already played more than 70 percent of their games. The playoffs start on April 16, which is just seven weeks from the start of the post-All-Star schedule.

While there might not be much of the regular season left, there is still a ton of meaningful basketball to be played. There’s only 2.5 games separating the top seed from the No. 5 seed in the East. The No. 6 seed in the East (the first seed out of the play-in tournament) is also still up for grabs, with Toronto Raptors and Brooklyn Nets within striking distance of the Boston Celtics. The seeding in the West is a little more entrenched, but it will be fascinating to watch teams jockey for seeding position to close the season.

Here are nine big questions that will determine what’s at stake for the rest of the NBA regular season.

Who emerges as the MVP front-runner?

When we ranked the field for MVP on Jan. 1, our order was: 5) DeMar DeRozan, 4) Kevin Durant, 3) Giannis Antetokounmpo, 2) Nikola Jokic, and 1) Stephen Curry. Since that post published, Curry has shot only 34.3 percent from three-point range, Durant was taken out of the lineup by a sprained MCL, and Joel Embiid has moved his name to perhaps the top of the list.

Embiid, Jokic, and Antetokounmpo are likely the only three candidates that can actually win the award right now, save for a scorching hot Curry stretch run. It doesn’t feel like there’s a definitive front-runner. If I had to make a pick today, I’d go Jokic, who has been even better than he was during his MVP run last season despite missing his two best teammates in Jamal Murray and Michael Porter Jr. all season. Chances are someone will pull ahead of the pack in the final weeks to become the consensus pick.

The Philadelphia 76ers swung the biggest deal of the trade deadline, acquiring James Harden for Ben Simmons, Seth Curry, and Andre Drummond. Harden and Joel Embiid have a case as the league’s most talented duo on paper, but Philly lost a couple key role players in the move and only have 24 games to get this new roster humming before the playoffs.

Integrating a player as high-usage as Harden so quickly probably won’t be easy. For all their talent, Embiid and Harden don’t seem like a natural fit. Harden has spent his entire career playing on the ball offensively and loafing when he doesn’t have the rock. He’s going to need to make himself a threat during possessions led by Embiid. Expect Doc Rivers to reap the benefits of staggering his two stars over the rest of the season, but the real point of intrigue is what the late-game offense looks like with both on the floor.

Are the Nets still a title threat?

If the Nets were going to lose Harden for nothing in the offseason, grabbing Ben Simmons and Seth Curry for him now counts as a major coop. While Brooklyn likely salvaged its future with the the trade, it does feel like they’re far less likely to win the title this year after doing it.

If the Nets are going to re-establish themselves as a championship contender, three things need to happen: 1) Kevin Durant has to get healthy and play like the best player in the world, 2) Simmons needs to quickly acclimate to the lineup and become the best version of himself, 3) Kyrie Irving needs to make himself available for home games. While it’s certainly possible all three play out, it’s fair to say Brooklyn is a far cry away from the title favorite we thought they were in the preseason.

Can the Warriors get back to being the title favorites with a healthy Draymond Green?

Green doesn’t even average eight points per game, but his presence keeps the Warriors humming on both ends of the floor. We had Golden State installed as the title favorite before his injury, but now it feels like the Phoenix Suns have ascended to that status. If Green can fully recover from his injury and work his magic again, the Warriors can still be scary in the postseason.

Can the Bulls and Heat get fully healthy enough to be real contenders?

The Heat and Bulls have been at the top of the Eastern Conference all year despite almost never having their full roster available. The Heat’s big four of Jimmy Butler, Kyle Lowry, Bam Adebayo, and Tyler Herro have only played 80 possessions together on the season, per Cleaning the Glass. They’re all finally healthy right now.

The Bulls may have to survive for another month without Lonzo Ball and Alex Caruso after the All-Star break. Chicago’s five-best lineup of Ball, Caruso, Zach LaVine, DeMar DeRozan, and Nikola Vucevic has played 189 possessions together and are a whopping +20.6 in net rating. The Heat and Bulls are both legitimate threats to make it out of the East if they can get fully healthy.

Will the Lakers make it out of the play-in tournament?

This Lakers were a popular preseason pick to come out of the West, but this year has been all bad vibes from the start. LeBron James is still playing like he’s capable of being the best player on a title team, but Anthony Davis hasn’t been able to stay healthy and the Russell Westbrook experiment has been a failure. Add in the depth lost over the offseason, and the Lakers are just hoping to qualify for the playoffs via the play-in tournament.

The Lakers will start the symbolic second half as the No. 9 seed in the West, which means they’d have to win two straight games just to qualify for the playoffs. Can you imagine a postseason without LeBron when he’s playing like this? The Lakers’ ownership group and front office should be nothing but shame.

Are the Celtics a real East contender?

The Celtics have the best defense in the league since the calendar flipped to 2022, and no one else is even close. The trade deadline addition to Derrick White gives Boston another ferocious perimeter defender and capable backcourt scorer. After a slow start, the Celtics are suddenly out of play-in tournament position and into the No. 6 seed in the conference.

It sure feels like the Celtics are starting to emerge as one of the scarier teams in the East. Jayson Tatum and Jaylen Brown is one hell of a 1-2 punch on both ends, Robert Williams is proving himself to be one of the best young bigs in the game, and White has provided a nice injection of two-way spunk. No team should want a series against Boston in the East right now.

Are the Suns still the favorites after Chris Paul’s thumb injury?

Chris Paul is slated to miss 6-8 weeks after fracturing his right thumb in the final game before the All-Star break. The Suns have been the NBA’s best team for almost the entire season, overcoming a 1-3 start to enter the break at 48-10. Phoenix is on track for 68 wins and the top seed in the West playoffs, but it’s anyone’s guess how they’ll look without CP3 at the controls until the playoffs start.

The Suns aren’t going to be as dominant without Paul in the lineup, but maybe there’s a way this injury can be a blessing in disguise. Paul is about to turn 37 years old during the postseason, and he has a history of wearing down in the playoffs. Maybe this thumb injury will help save his legs for when the games really count. If nothing else, it’s a nice thought to have for Suns fans during an otherwise bummer situation.

How healthy will Brook Lopez be?

The Bucks deserve to be the called the favorites in the East because they’re the reigning champs and they have arguably the best player alive in Antetokounmpo. At the same time, the reality is the Bucks don’t feel as scary as they were last season. In addition to losing PJ Tucker to the Heat in free agency, the Bucks have also been without starting center Brook Lopez all year as he recovers from a back injury. Lopez is expected to return for the playoffs, but a 7-footer in his mid-30s with a back injury is always a scary proposition. Milwaukee could be trying to repeat as champions without their starting front court from last season.

If Lopez can return at full force to anchor the defense, the Bucks suddenly look like the team to beat. Without him, they’ll be relying heavily on Bobby Portis, Serge Ibaka, and a thin bench.