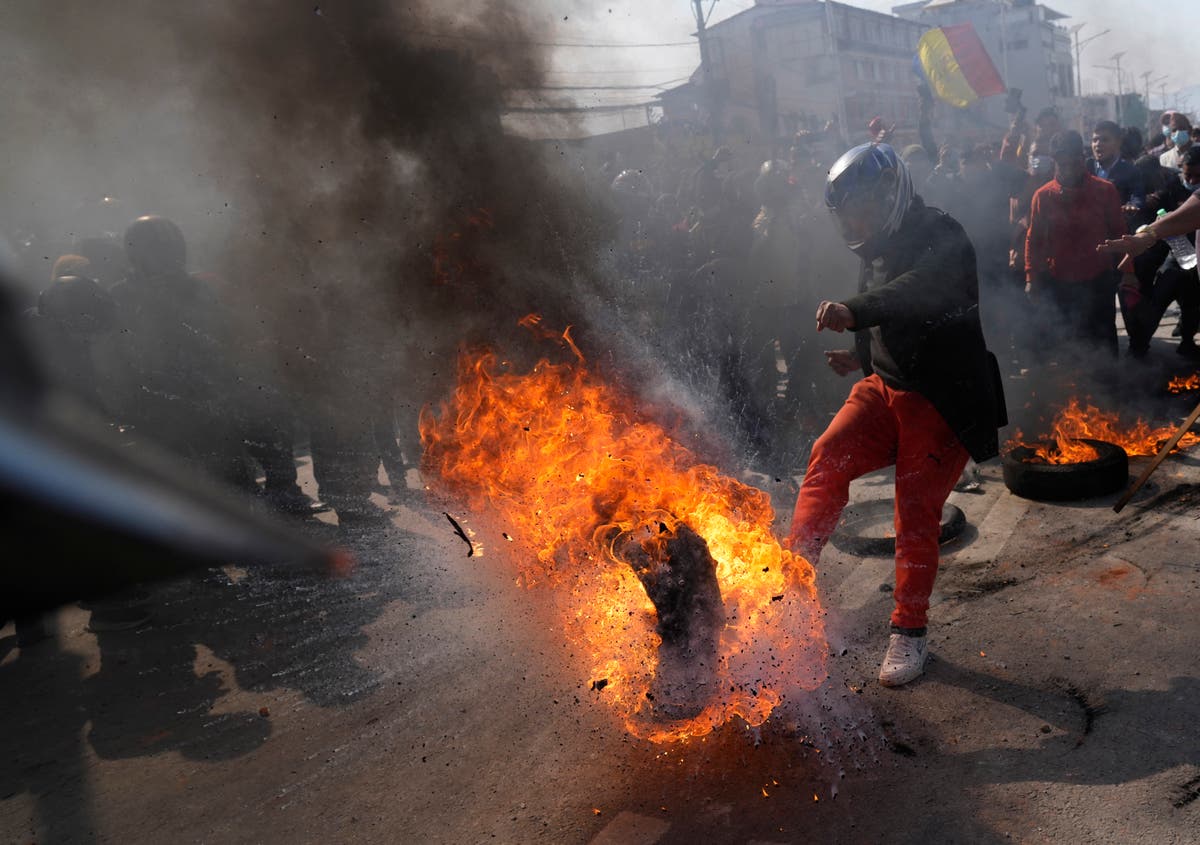 Police in Nepal fired rubber bullets and tear gas at protesters on Sunday as the government presented in parliament a contentious half million-dollar grant from the US.

The Himalayan state had signed a pact with a US fund agency Millenium Challenge Corporation (MCC) worth $500m (£368m) in 2017 to fund infrastructure projects such as building electricity transmission lines and improving roads.

On Sunday, minister for communication and information technology Gyanendra Bahadur Karki tabled the MCC pact on behalf of finance minister Janardan Sharma. But the opposition protested and shouted slogans, reported The Kathmandu Post.

Prime minister Sher Bahadur Deuba’s government insisted that the grant will not have to be repaid.

While tabling the pact, Mr Karki said that since all other preconditions have been fulfilled, Nepalis will benefit from the grant agreement. However, opposition leaders said the pact undermines Nepal’s sovereignty as legislators would not have enough control over the board directing the infrastructure projects.

Meanwhile, protests spilled onto the streets outside the parliament as demonstrators clashed with the police.

Police said the protest was initially peaceful but turned violent later. “We had to use force as the protesters attempted to force their way towards the parliament building,” said Sudeep Giri, senior superintendent of the Kathmandu Metropolitan Police Range.

“In the beginning, we only used water cannons to disperse the crowds but as the protesters grew more violent and attacked police with brickbats and petrol bombs, we had to use rubber bullets and tear gas to stop them,” he said.

The police have arrested 35 people in connection with these protests, he added.

The MCC debate is expected to last several days in parliament before it is put to vote. The discussion on Sunday came after pressure from the US to endorse the pact by 28 February.

Donald Lu, the US assistant secretary of state for south and central asian affairs, recently held separate telephone conversations with Nepali politicians, urging them to endorse the pact by 28 February, or Washington would have to “review its ties with Nepal”, reported Al Jazeera.