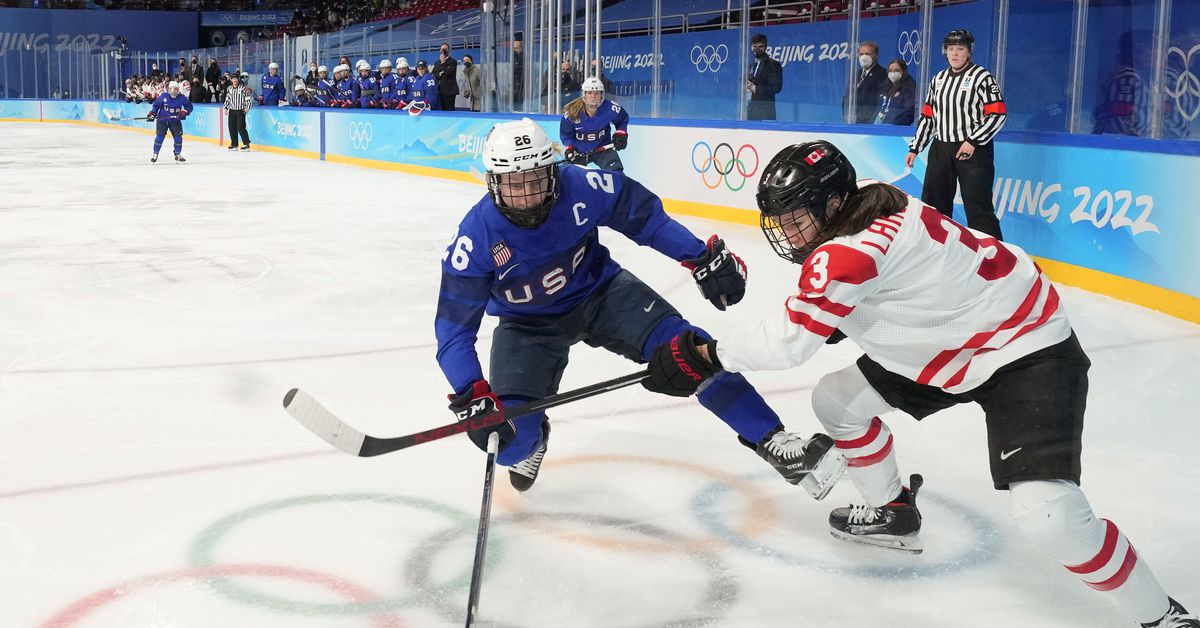 One of the best rivalries gets center stage in one of the biggest games on the 2022 sports calendar. The USA women’s hockey team faces off against Canada in the gold medal game at the 2022 Beijing Winter Olympics. The puck drops at 11:10 p.m. ET and the game will be available on NBC.

Four years ago in the Pyeongchang Games, the United States beat Canada 3-2 in a six-shot shootout. The Americans avenged a 3-2 overtime loss in Sochi, and won the gold medal for the first time since women’s ice hockey was finally launched at the 1998 Nagano Games. In the six Olympiad in which women’s ice hockey has been a medal sport, Canada has claimed four golds and two silvers, while the US has claimed two golds, three silvers, and a bronze.

These two squads met in group play, with Canada winning 4-2. Canada has rolled through the tournament thus far without a scare beyond the US game. In group play, they finished 4-0-0-0 with a +28 goal differential. They followed that with an 11-0 quarterfinal win over Sweden and a 10-3 semifinal win over Switzerland.

The US managed to briefly hold a 2-1 lead in the group game against Canada, but fell back into a tie less than 30 seconds later. The US won its other three group games and finished with a +14 goal differential. They advanced in the playoff bracket with 4-1 wins over Czechia and Finland to set up this rematch.

Hilary Knight leads the US squad with nine points on five goals and four assists, and is followed by Savanna Harmon and Amanda Kessel with seven apiece. The Canadians have dominated scoring this tournament with the top six in points overall. Sarah Nurse leads the way with 16 points on four goals and 12 assists.

Between the pipes, American Alex Cavallini is second in save percentage at .955 while Canadian Ann-Renée Desbiens has a .936 save percentage. Both will be busy on Wednesday evening, but Cavallini in particular could face a barrage of shots.

The US and Canadian women’s teams have had a thrilling rivalry over the years. They’re the two best in the world and it’s only fitting they now square off for what will hopefully be an exciting gold medal game.

How to watch USA vs. Canada, 2022 Olympic gold medal game