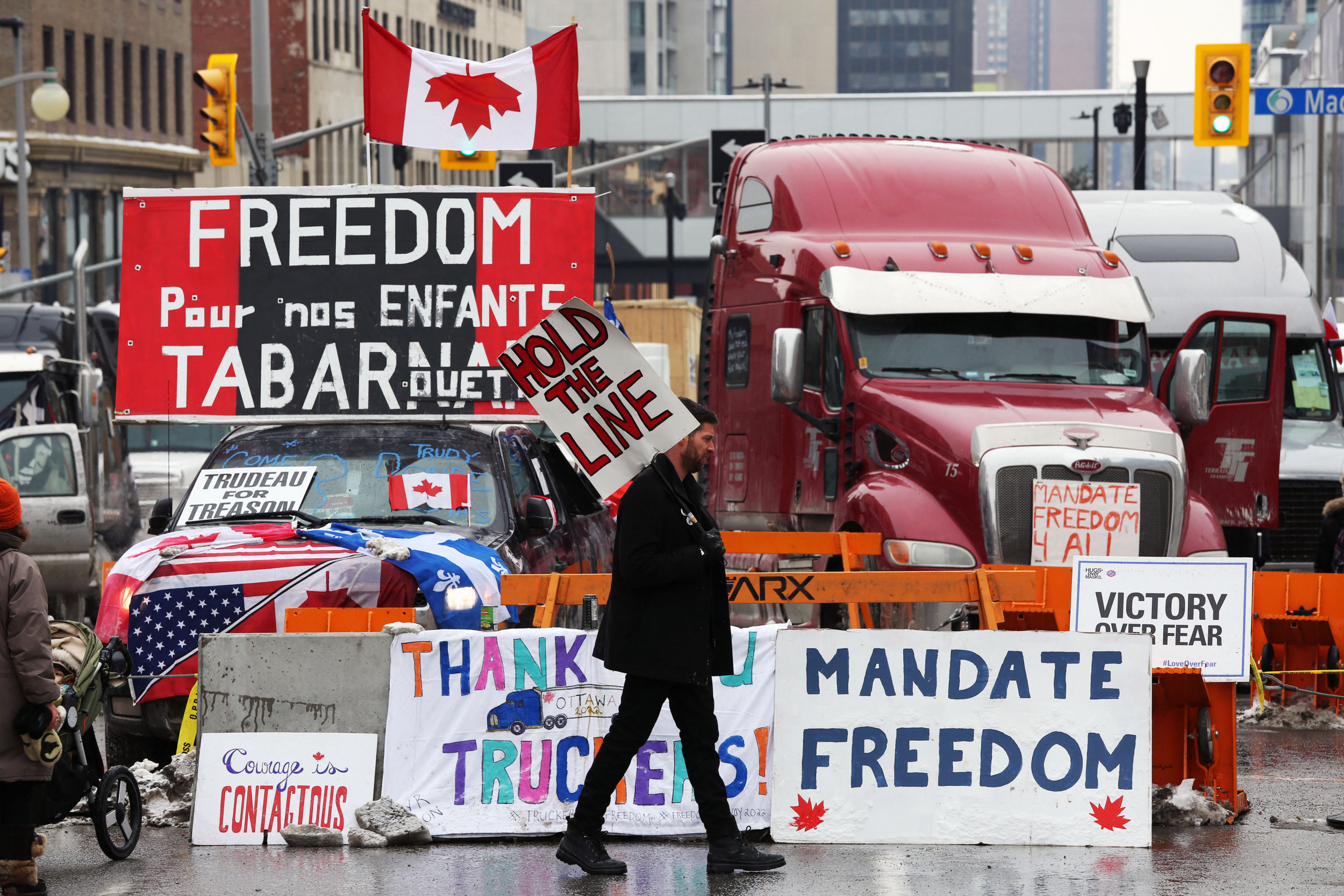 “You know what is not that popular in Canada, Judge? This freedom convoy,” Rivera said to former judge Jeanine Pirro and his other co-panelists on the Wednesday installment of the Fox News discussion program The Five.

Recent polling shows that “65 to 69 percent of Canadians oppose these truckers,” according to Rivera.

Rivera’s co-panelist Greg Gutfeld then accused Rivera of being provocative.

“I actually read and do research,” Gutfeld said. “I don’t just come here and yell.”

The Department of Homeland Security (DHS) has since warned that similar protests could begin in the U.S., according to a DHS warning circulated to law enforcement nationwide, first reported by Yahoo News.

The freedom convoy originally began as a protest against a vaccine mandate, instated in January, requiring all Canadian truckers who cross the U.S.-Canadian border to be fully vaccinated. Those who aren’t vaccinated face a two-week quarantine when they return home.

An estimated 90 percent of Canada’s truckers are fully vaccinated, and Canadian Prime Minister Justin Trudeau called the protesters a “small, fringe minority.” However, over time, the convoy grew to include Canadians interested in ending all COVID-19-related government mandates, including reopening all venues and ending school mask mandates.

Recent polls have shown that Ottawan business owners have lost revenue because of the protests. At least one business owner told Newsweek that some protesters have harassed their employees, caused noise from constant horn-honking and witnessed public drinking, littering and urination from protesters.