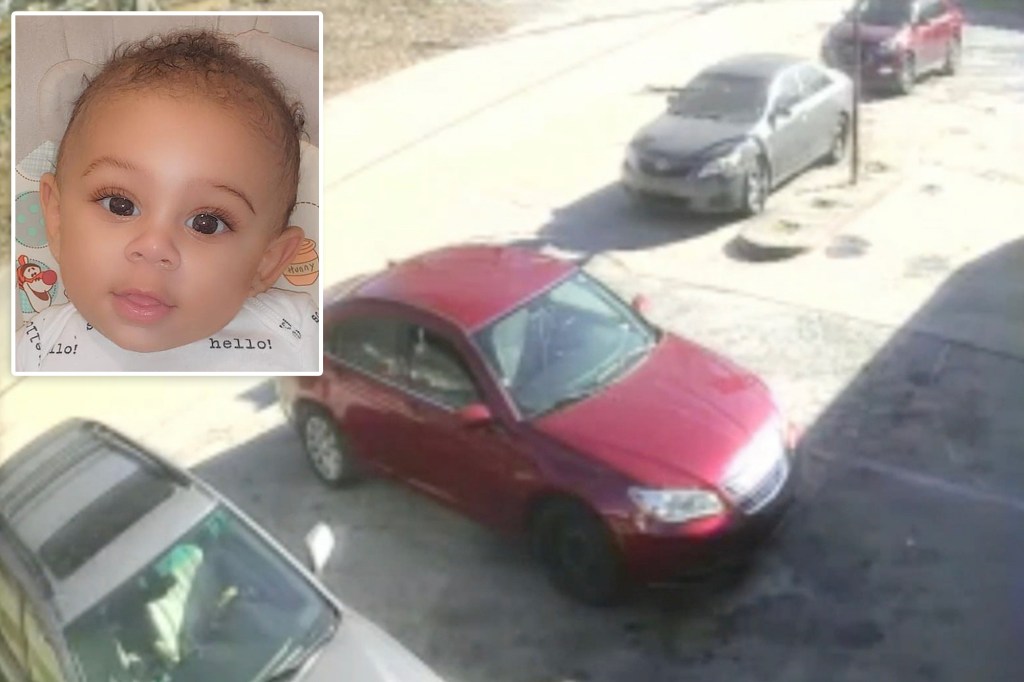 A 6-month-old boy in Atlanta has died after he was caught in the crossfire of a drive-by shooting, authorities said.

The infant, Grayson Matthew, was sitting in the backseat when the bullet went through the car and struck him around 2:39 p.m. Monday on Anderson Avenue, his mother told news station WSB-TV.

The child was rushed to the hospital after the shooting, where he was pronounced dead, authorities said.

Atlanta Police Chief Rodney Bryant said the child was not the intended target.

Before the deadly shooting, two people nearby had been invovled in an altercation that led to gunfire erupting.

“This one hurts for a … 6-month-old to be riding down the street and become a victim to gun violence — random gun violence — between two people who can’t resolve a simple issue,” Bryant said at a press conference.

Police said the shooter remained at large Monday and released footage of a light gray or white Jeep SUV “of interest” in the case.

“This kind of lawlessness must end, & these criminals must be held accountable,” Kemp wrote on Twitter.

Atlanta Mayor Andre Dickens called for justice for the boy, noting that his death was the second murder and third shooting of a child in the city so far this year.

“The children are bearing this burden with their lives. I’m here to ask and demand that it stop right now,” Dickens said.

He said the city has seen 12 murders this year, 11 of which were the result of shootings.