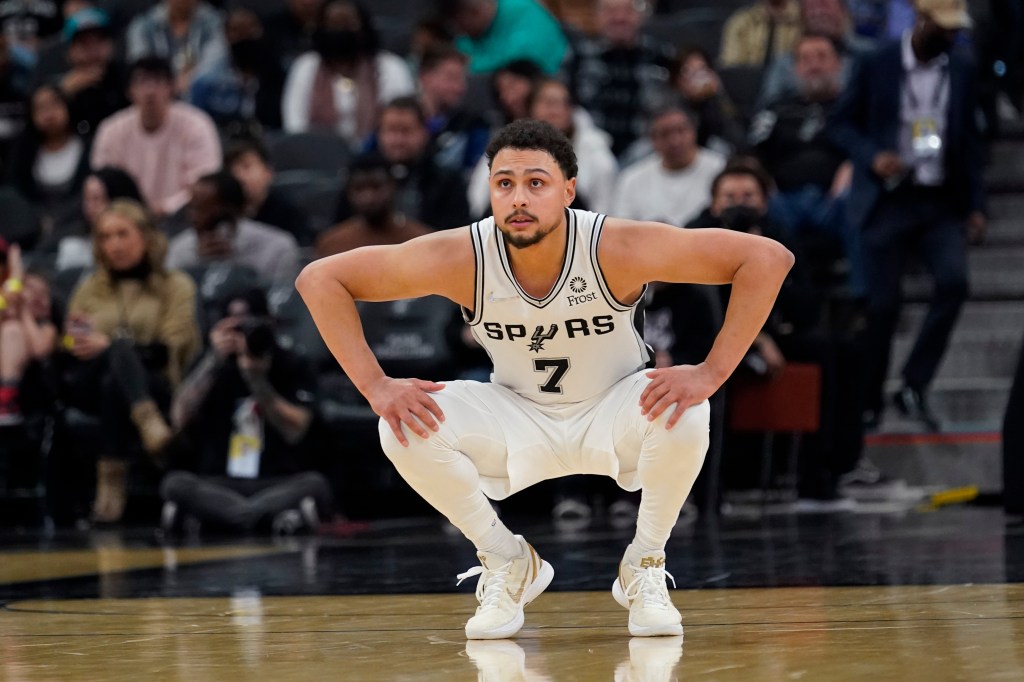 The Nuggets, Spurs and Celtics agreed on a three-team trade late Tuesday night that will send Bryn Forbes to Denver and Bol Bol and P.J. Dozier to Boston, a league source confirmed to The Denver Post.

Boston’s Juancho Hernangomez is headed to San Antonio in the deal.

In addition, the Nuggets are sending a 2028 second-round pick to San Antonio, a source told The Post.

The move not only sheds the Nuggets of two injured players (Dozier’s out for the season with a torn ACL; Bol’s out indefinitely after undergoing right foot surgery Tuesday) but it lands Denver its coveted shooting guard. It also frees up a roster spot for future flexibility.

The Nuggets had been targeting an elite shooter, a source said, and Forbes checks that box. At 34.5% 3-point shooting as a team, the Nuggets were in the bottom half of the NBA.

Due to injuries and COVID protocols, the Nuggets have been thin in the backcourt, too. Forbes is averaging 9.1 points on nearly 42% shooting from the 3-point line. The reserve guard averaged almost 17 minutes per game for the Spurs this season. Last season, he averaged 10.0 points on 45.2% shooting from 3 for the eventual NBA champion Milwaukee Bucks.