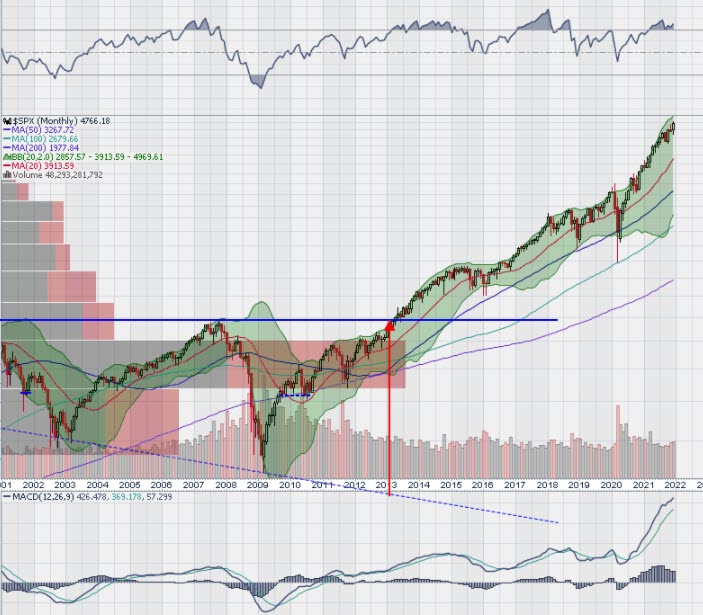 The Volatility Index ($VXX) looked to remain low and in the normal range making the path easier for equity markets to the upside. Their charts continued to show strength on the longer timeframe but with short term weakness. The $SPY looked the strongest of the three but in a pullback short term. The $QQQ had joined the $IWM in building a consolidation zone, sitting at the bottom of it, while the IWM itself remained in the 11 month range.

The week played out with Gold pushing to the upside and stalling at the recent highs while Crude Oil continued the uptrend. The US Dollar dropped back to a 2 month low before finding support and rising Friday while Treasuries found support and reversed higher until a fall back Friday. The Shanghai Composite dropped back down through its 200 day SMA while Emerging Markets ended the bounce and resumed the move lower in the downtrend.

Volatility started the week moving lower but found support and reversed to end slightly higher. This made for a choppy week for equities, starting lower Monday and then recovering and running to tops Wednesday before reversing back lower the rest of the week. This resulted in the SPY and IWM slightly lower on the week with the QQQ basically unchanged. What does this mean for the coming week? Let’s look at some charts.

The SPY came into the week pulling back from a plateau at the all-time high. It continued lower early Monday before an intraday reversal that retraced most of the drop. It continued to move higher through Wednesday, topping as it moved over the 20 day SMA. It took a tumble Thursday and gapped down Friday only to recover by days end. This left the SPY down slightly on the week. The daily chart shows the RSI holding near the midline in the bullish range with the MACD dropping but positive. The Bollinger Bands® are flat.

The weekly chart shows the doji star candle touching the 20 week SMA, where it has found support and continued higher ever since late 2020. The RSI on this timeframe is holding in the bullish zone, drifting lower, with the MACD also drifting lower but positive. The Bollinger Bands are drifting to the upside. There is resistance at 466 and 470 then 471 and 473 before 476 and 478.50. Support lower comes at 463.50 and 460 then 457 and 454 before 450. Consolidation in the Uptrend.

The Volatility Index looks to remain in the normal range taking the pressure off equity markets. Their charts continue to show strength in the longer timeframe but with short term weakness. The IWM and QQQ look the weakest on the short timeframe with the SPY faring slightly better. Use this information as you prepare for the coming week and trad’em well.

Join the Premium Users and you can view the Full Version with 20 detailed charts and analysis: Macro Week in Review/Preview January 14, 2022

If you like what you see above sign up for deeper analysis and trading strategy by using the Get Premium button above. As always you can see details of individual charts and more on my StockTwits page.

The information in this blog post represents my own opinions and does not contain a recommendation for any particular security or investment. I or my affiliates may hold positions or other interests in securities mentioned in the Blog, please see my Disclaimer page for my full disclaimer.