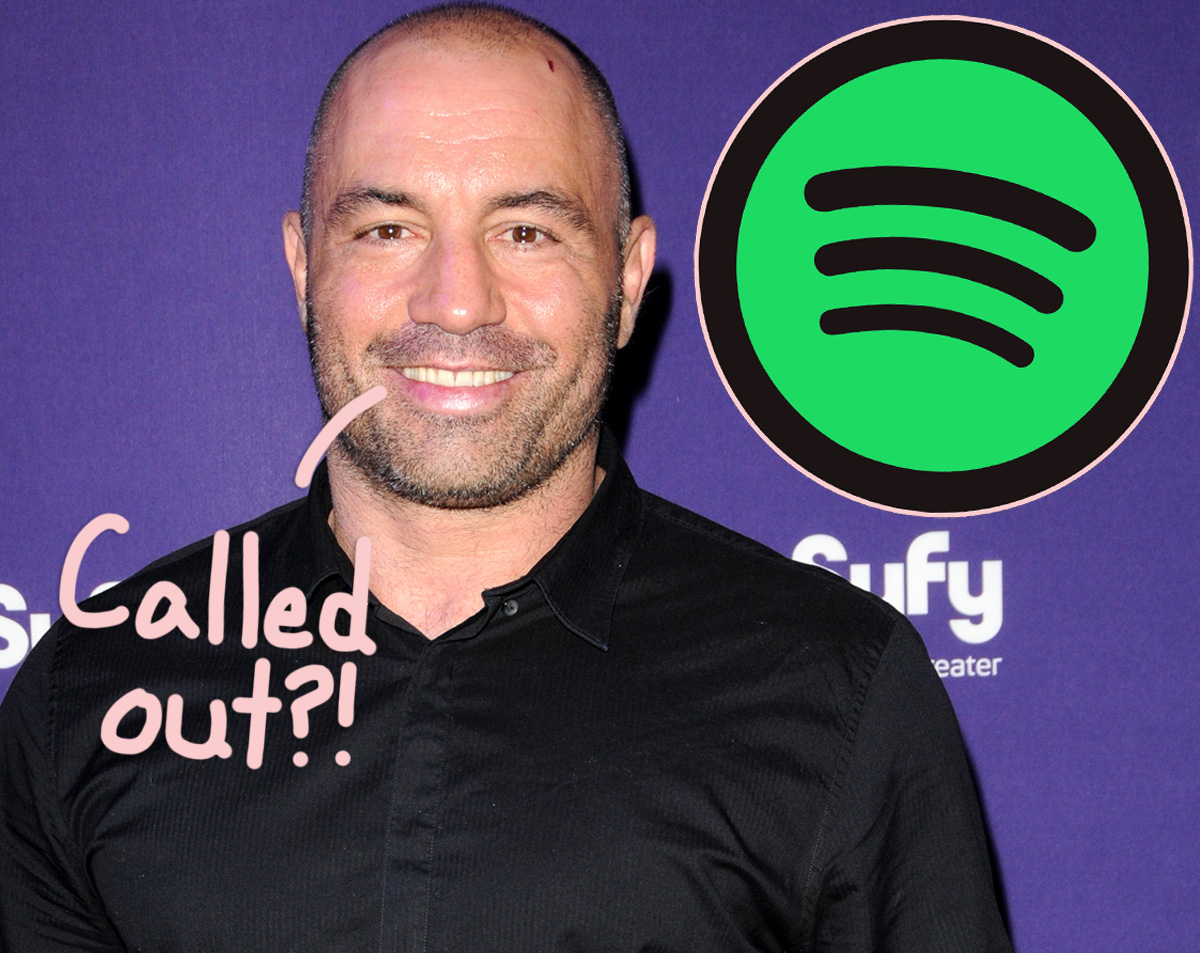 Medical professionals from a wide range of scientific specialties are coming after Joe Rogan.

The Spotify podcast host, who signed a nine-digit exclusive deal with the platform back in 2020, is the target of a lot of public concern right now. On Wednesday night, 270 medical experts published an open letter directed at Spotify regarding Rogan’s long-time comments on COVID-19, the COVID vaccine, and medical information in general. In it, they accuse the podcast host of misinformation and slam the tech company for contributing to it and promoting it.

Related: Joe Rogan Brags That He Can Suck His Own WHAT?!

In the letter, the doctors and researchers involved say the 54-year-old podcast host is making millions of dollars disseminating bogus medical advice that is harming the health of his listeners. Along with it, the doctors hope the streaming platform can provide “a clear and public policy” to “moderate misinformation on its platform.”

The doctors brought the receipts, too.

At one point in the letter, they slam Rogan with a detailed list of problems they found with some of his previous shows, writing:

“Throughout the COVID-19 pandemic, Joe Rogan has repeatedly spread misleading and false claims on his podcast, provoking distrust in science and medicine. He has discouraged vaccination in young people and children, incorrectly claimed that mRNA vaccines are “gene therapy,” promoted off-label use of ivermectin to treat COVID-19 (contrary to FDA warnings), and spread a number of unsubstantiated conspiracy theories. In episode #1757, Rogan hosted Dr. Robert Malone, who was suspended from Twitter for spreading misinformation about COVID-19. Dr. Malone used the JRE platform to further promote numerous baseless claims, including several falsehoods about COVID-19 vaccines and an unfounded theory that societal leaders have “hypnotized” the public. Many of these statements have already been discredited. Notably, Dr. Malone is one of two recent JRE guests who has compared pandemic policies to the Holocaust. These actions are not only objectionable and offensive, but also medically and culturally dangerous.”

They continue on from there, arguing that it is critical to address Rogan’s vaccine and pandemic misinformation issues considering so many of his listeners tend to be younger and more impressionable people.

“The average age of JRE listeners is 24 years old and according to data from Washington State, unvaccinated 12-34 year olds are 12 times more likely to be hospitalized with COVID than those who are fully vaccinated. Dr. Malone’s interview has reached many tens of millions of listeners vulnerable to predatory medical misinformation. Mass-misinformation events of this scale have extraordinarily dangerous ramifications. As scientists, we face backlash and resistance as the public grows to distrust our research and expertise. As educators and science communicators, we are tasked with repairing the public’s damaged understanding of science and medicine. As physicians, we bear the arduous weight of a pandemic that has stretched our medical systems to their limits and only stands to be exacerbated by the anti-vaccination sentiment woven into this and other episodes of Rogan’s podcast.”

Ultimately, the letter writers — who are doctors and other health professionals from all sorts of medical disciplines, and from hospitals and universities across the country — want Spotify to take action.

“This is not only a scientific or medical concern; it is a sociological issue of devastating proportions and Spotify is responsible for allowing this activity to thrive on its platform. We, the undersigned doctors, nurses, scientists, and educators thus call on Spotify to immediately establish a clear and public policy to moderate misinformation on its platform.”

BTW, you can view the full letter HERE.