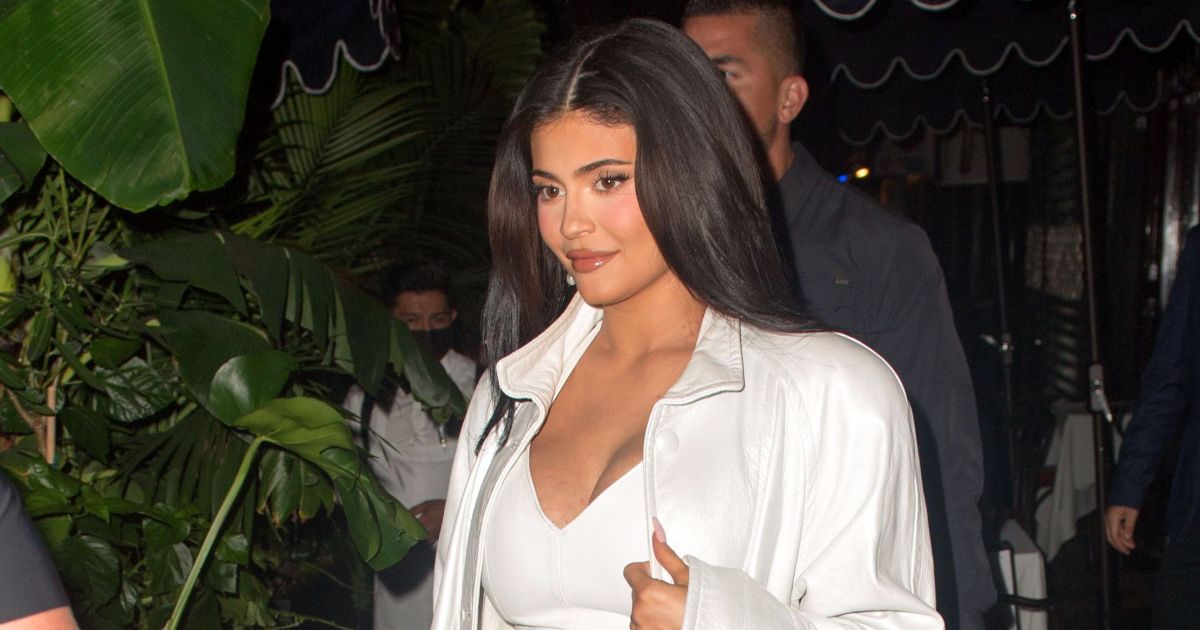 Showered with love! Pregnant Kylie Jenner shared moments from her beautiful baby shower and the event looked like it was taken straight from a fairytale story!

The Kylie Cosmetics founder, 24, looked stunning as ever in a few of the photos that she uploaded to Instagram on Friday, January 14. She wore an all-white, long-sleeved dress to the event while keeping her sleek, black hair down in a simple hairdo. She also accessories with a pair of diamond earrings.

Kylie included pictures of the party decor, which appeared to have a giraffe theme as she stood in front of a few large statues in one photo and captioned her post with a simple giraffe emoji and an angel baby icon.

As for the accompanying pictures, Kylie snapped a shot of white flower petals that floated on a pool of water and showed off the intimate dinner tables the venue had for her. It appeared the attendees received a blanket with their names embroidered on it, as was shown in one image in her Instagram post.

Momager Kris Jenner was also present for the festivities, as Kylie included a picture of her with Kris, 66, who wore a long metallic, bronze coat to the baby shower.

Not only that, but a baby shower wouldn’t be complete without a couple of presents for the upcoming newborn! Kylie included a snap of an array of gifts. From a Christian Dior bag to a matching stroller with a white stuffed bunny animal sitting in it, it seems baby No. 2 will be a happy child upon their arrival.

The makeup mogul already shares daughter, Stormi Webster, with boyfriend Travis Scott (real name: Jacques Bermon Webster II). After Kylie announced she was expecting again in September 2021, the couple kept most details of her second pregnancy on the down-low after the “Goosebumps” rapper faced controversy for the Astroworld Festival tragedy in November 2021, when 10 attendees died as a result.

Eagle-eyed fans believed that the pair had already welcomed their second baby over the holidays when Kourtney Kardashian’s fiancé, Travis Barker, shared a photo that looked a little suspicious. The Blink-182 drummer, 46, snapped a picture of a coffee table and a television that had the film How the Grinch Stole Christmas playing In the foreground of the image. Viewers noticed a small, pink baby bottle sitting on the side of the table in the photo.

Nevertheless, Kylie subtlety shut down those birth rumors when she shared a video of herself via Instagram Stories on January 1, cradling her baby bump. Not only that, but the former Keeping Up With the Kardashians star also uploaded a few professional photos of herself on January 6, flaunting her belly. However, fans still weren’t convinced, with some writing comments in response, such as, “Girl, we know you had the baby,” and “She had the baby I know it.”

The due date for baby No. 2 is estimated for some time in February, but Kylie hasn’t publicly commented on when she’s expected to give birth.