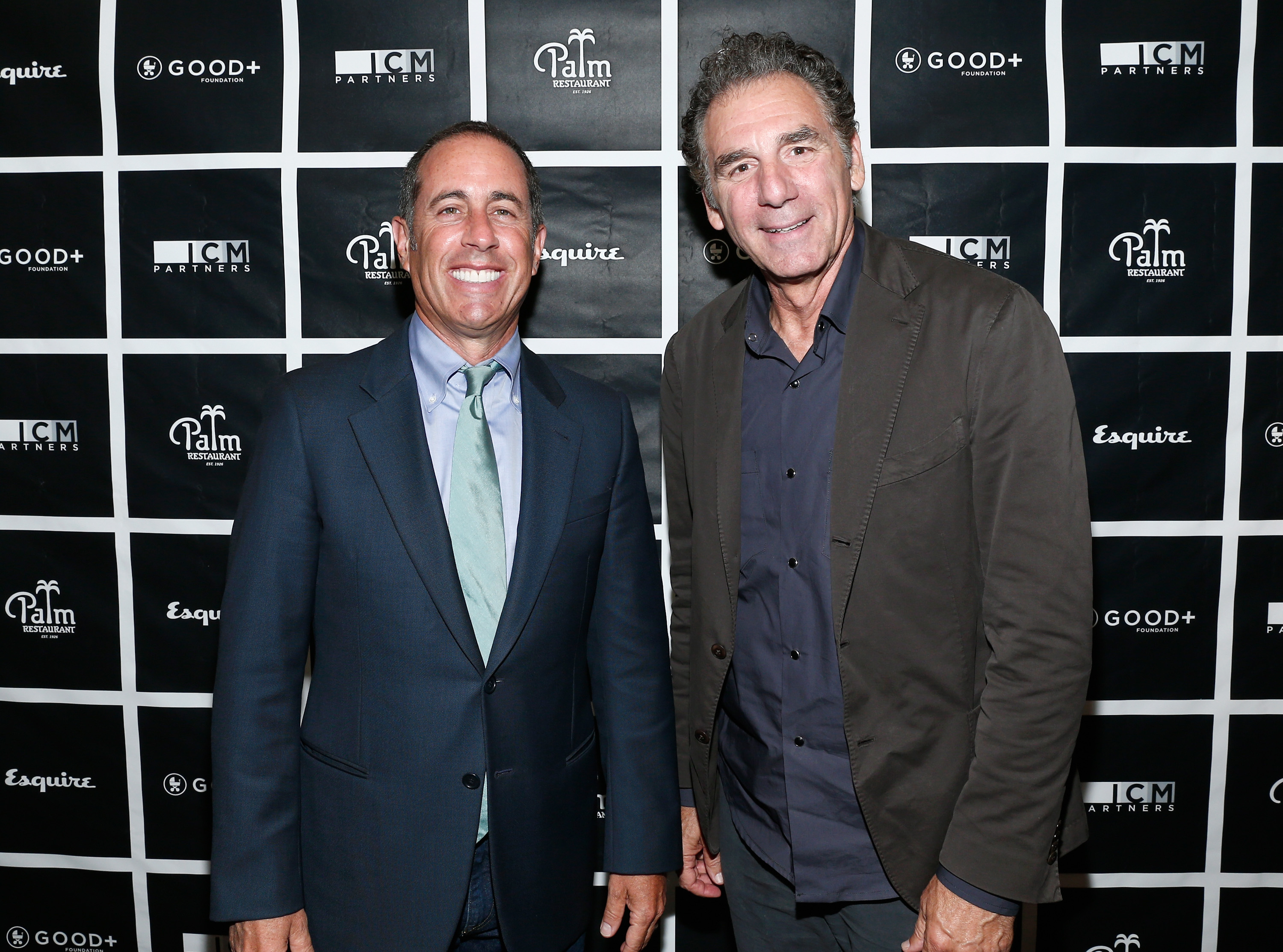 A scene from Seinfeld featuring main characters Jerry Seinfeld and Cosmo Kramer (Michael Richards) has become a trending topic on the internet. The scene in question is from season 8 of the NBC sitcom.

Starring Julia Louis-Dreyfus, Jason Alexander, and Seinfeld, and Richards, four friends showcased their lives “about nothing” while living in New York City. With 9 seasons, the show became very successful, alongside other hits like Friends and Frasier. The finale drew in a whopping 76.3 million viewers in 1998 and the series as a whole is available to now stream on Netflix.

In season 8 episode 8 titled “The Chicken Roaster,” there’s a scene of Jerry returning home to a bright red light coming from Kramer’s apartment. Kramer opens the door and lets more of the red light come through with Jerry asking, “Kramer, what’s going on in there?” A restaurant across the street called “Kenny Rogers Roasters” has a giant neon light of a chicken that shines into Kramer’s apartment every night.

People on the internet have now resurfaced the clip with a meme — photos or videos that gain popularity by being edited numerous times — showing various pop culture moments with a Kramer twist. Some include scenes from Succession, The Thing, The Matrix and Euphoria.

“This is actually perfect,” u/scottfree120 commented with a laughing emoji.

Know Your Meme explained that the origin of the Kramer meme stems from an edit someone submitted in October 2021. It included a scene from “Dune.”

Since the end of the popular sitcom almost 25 years ago, the cast has been busy. In 2020, Seinfeld released the Is This Anything? which featured book with written comedy sketches, He also has his own Netflix series, Comedians In Cars Getting Coffee, and a Netflix comedy special.

Alexander starred in Broadway shows and directed episodes of hit TV shows including Mike & Molly and Criminal Minds, and Richards stepped out of the spotlight after using a racial insult only appearing on tv a few times after that.

11 time Emmy-winner Julia Louis-Dreyfus was the main character in the hit HBO series, Veep for 7 seasons. She also made an appearance in Marvel’s The Falcon and The Winter Soldier. In a 2019 interview with Vanity Fair, the star discussed different characters in her career, including Seinfeld‘s own Elaine. She went into detail on how she loved being on the show,

“We were having a really great time on that show all the time,” she said. “If it made us laugh it made it into the show. We were just trying to make each other laugh. That was a really good equation for a kind of excellence.”