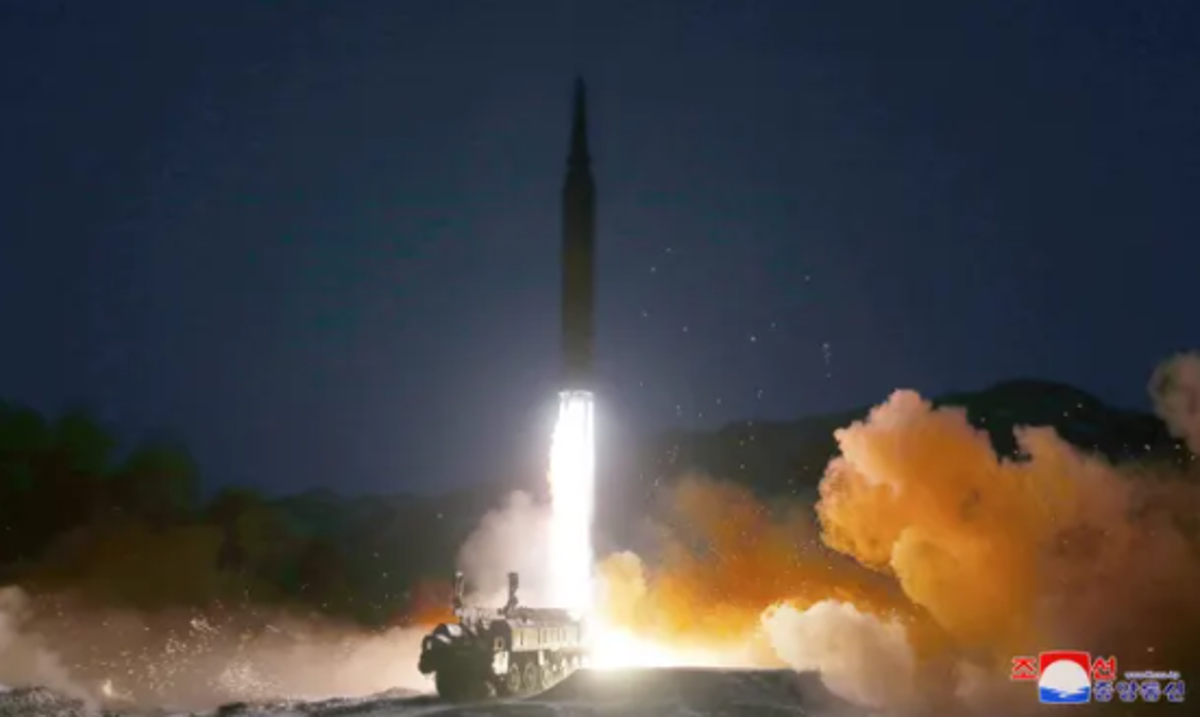 North Korea says it has successfully tested a hypersonic missile, in yet another display of its military power aimed at pressurising rivals to remove economic sanctions.

The claim from North Korean state media came a day after the United States, South Korea and Japan detected the country fired a suspected ballistic missile into its eastern sea. It also led to the US briefly halting some flights on its west coast.

On Wednesday, a report by the Korean Central News Agency said the launch took place on Tuesday and the flight test was personally overseen by the country’s leader Kim Jong-un who believes it would increase the country’s nuclear “war deterrent”.

The report said the launch involved a hypersonic glide vehicle, which after its release from the rocket booster demonstrated “glide jump flight” and “corkscrew manoeuvring” before hitting “the set target in waters 1,000km off”.

Photos released by the agency showed a missile mounted with a pointed cone-shaped payload soaring into the sky while leaving a trail of orange flames. In other photos, Mr Kim was seen watching the launch from a small cabin with top officials, including his sister Kim Yo-jong.

This was the second launch of North Korea’s purported hypersonic missile since the start of 2022 as Mr Kim continues to add weaponry to the country’s arsenal. The hypersonic missiles, a type of weaponry it first tested in September, were listed among the “top priority” tasks for strategic weapons in Mr Kim’s five-year plan to upgrade the North’s military force.

“The superior manoeuvrability of the hypersonic glide vehicle was more strikingly verified through the final test-fire,” KCNA said. It added that Mr Kim stressed the need to speed up the expansion of the country’s “strategic military muscle both in quality and quantity and further modernise the army” and encouraged military scientists to continue their success in “remarkably increasing the war deterrent of the country.”

The efforts, coming in the midst of pandemic-related difficulties and deadlocked diplomacy with the United States. are seen as an attempt to build pressure on its rivals to remove economic sanctions on the country.