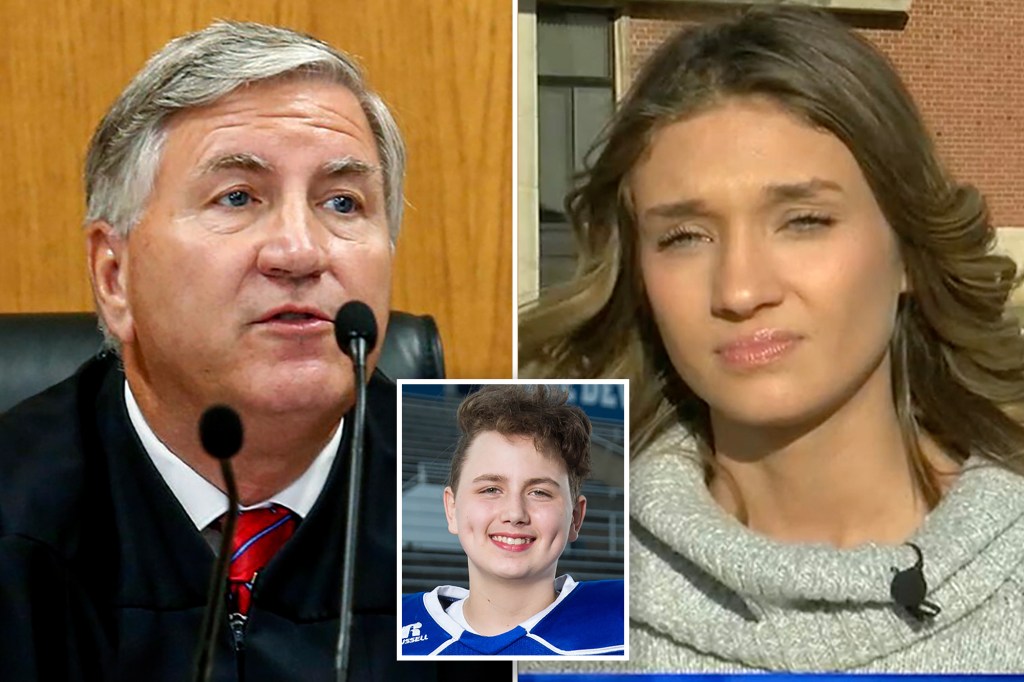 The mother of an Illinois teen who was allegedly raped has blasted a judge’s controversial decision to reverse the accused attacker’s sexual assault conviction, saying she worries her daughter may spiral into a “dark place” after the shocking move.

“To say we’re completely shocked and stunned is an understatement,” Rachael Vaughan, 42, told The Post Thursday.

“I worry when the smoke settles and things get quiet that it’ll take her to dark place. It’s a constant worry.”

Adams County Judge Robert Adrian issued the stunning reversal last Monday at the sentencing, insisting that the 148 days Drew Clinton, 18, spent in the county jail following his conviction “is plenty of punishment.”

His decision came after Clinton’s attorneys filed two post-trial motions and the judge ruled prosecutors failed to prove their case, according to the Herald-Whig.

Vaughan told The Post that her 16-year-old daughter, Cameron, had previously attempted suicide in the wake of the alleged attack at a graduation party last May.

Clinton had initially been convicted on one count of criminal sexual assault in October and was found not guilty on two other counts.

He had faced a mandatory minimum of four years, which Vaughan was expecting he would receive.

“The judge felt since he’s 18 and had no prior criminal record that five months is enough,” Vaughan said.

“And that’s not long. He was found guilty and he was supposed to serve four years and at least 85 percent of that time. That is the law.

“This opened up all the wounds again, and it’s heartbreaking because after her assault she attempted suicide.”

Vaughan said her daughter has been in therapy, and the sentencing was supposed to be closure for her.

She told The Post that Adrian “completely pulled the rug out from beneath her.”

The mom accused the judge of victim-blaming and setting back women’s rights.

“Now we have to reprogram her mind. He set women back 50 years with this. He’s saying women need to sit back, shut up and take what’s given to you and we’re not having that. We’re going to fight this and we’re going to take it whenever it leads us,” Vaughan vowed.

“What Drew Clinton did to me was not okay,” the post reads. “But what Judge Adrian did on January 3rd is even worse. Judge Adrian basically said it was me and my parents fault that Drew raped me. They took his side on everything,” she said.

A petition calling for Adrian to face charges for “abuse of judicial discretion and power” had also garnered more than 8,600 signatures as of early Thursday.

“For the reprehensible precedent Judge Adrian has set by not upholding the law, we ask that you censure, suspend and/or remove from his position in the Eighth Circuit Court in Illinois,” the petition reads.

In the aftermath of the alleged assault, Rachael Vaughan said her daughter’s grades have fallen and she has dropped out of the Quincy Senior High School track team.

“She can’t even spend the night at friends,” the mom told The Post. “She tries, but she ends up coming home.”

“He absolutely did her wrong,” Vaughan said of Adrian regarding her daughter. “He did every domestic violence survivor wrong.”