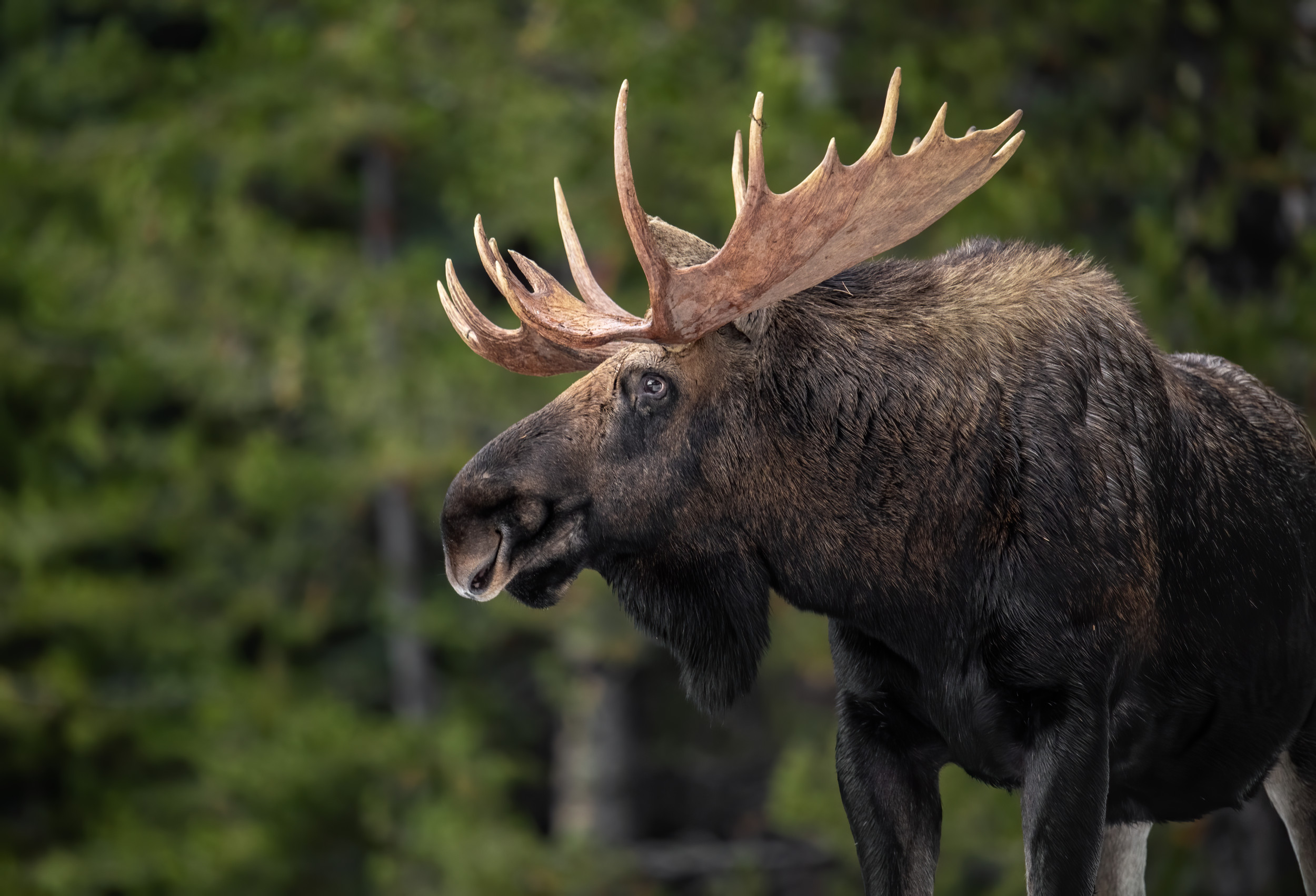 A moose that was grazing near a house in Breckenridge, Colorado, fell down a six- to seven-foot window well into a homeowner’s basement, becoming trapped.

According to officials with Colorado Parks and Wildlife, responding wildlife officers opened doors to create exits for the moose. However, they could not get the moose to leave because it required going up a staircase to reach the exits.

Travis Duncan, the statewide public information officer for the agency, told Newsweek the window well was covered in snow and surrounded by willows, which the moose was grazing on before it fell.

“The entire window leading into the basement was shattered, and the moose was standing up in the middle of the basement,” Duncan said in an email.

Colorado Parks and Wildlife Area Wildlife Manager Jeromy Huntington said window wells are important in homes to allow people to escape in times of an emergency, but they can be dangerous to animals.

“Removing vegetation that may attract wildlife around the vicinity of window wells and covering below ground window wells with approved grates that allow people to escape will reduce the likelihood of wildlife becoming trapped, or in this case, having an unwelcome visitor in the house,” he said in the release.

Because of the fall, some furniture and recreational equipment were damaged.

Wildlife officers tranquilized the moose and cut off its antlers. This allowed the moose to fit up the staircase as officials with Colorado Parks and Wildlife, Breckenridge Police Department, Blue River Police Department and the Red, White & Blue Fire and EMS carried it up and out of the house.

“The moose was released nearby in good habitat,” Duncan told Newsweek.

A moose’s antlers fall off at this point of the year, and will grow new ones in the spring.

Colorado Parks and Wildlife District Wildlife Manager Jake Kay said aside from a small cut on its leg, the moose appeared to be healthy.

Moose in Colorado can weigh between 800 and 1,200 pounds. Bull moose grow flattened antlers, growing up to five feet wide in larger and older bulls. Antlers on a yearling, or younger, bull moose are small spikes or plates. They grow as the moose get older.

They are typically found living in areas near rivers, streams and lakes, and willow is their primary food source.

Another moose in Colorado had to be tranquilized and relocated.

Newsweek reported in September that a young bull moose was found walking through a residential neighborhood. Officials monitored its movements throughout the day before tranquilizing it and released into a new habitat.