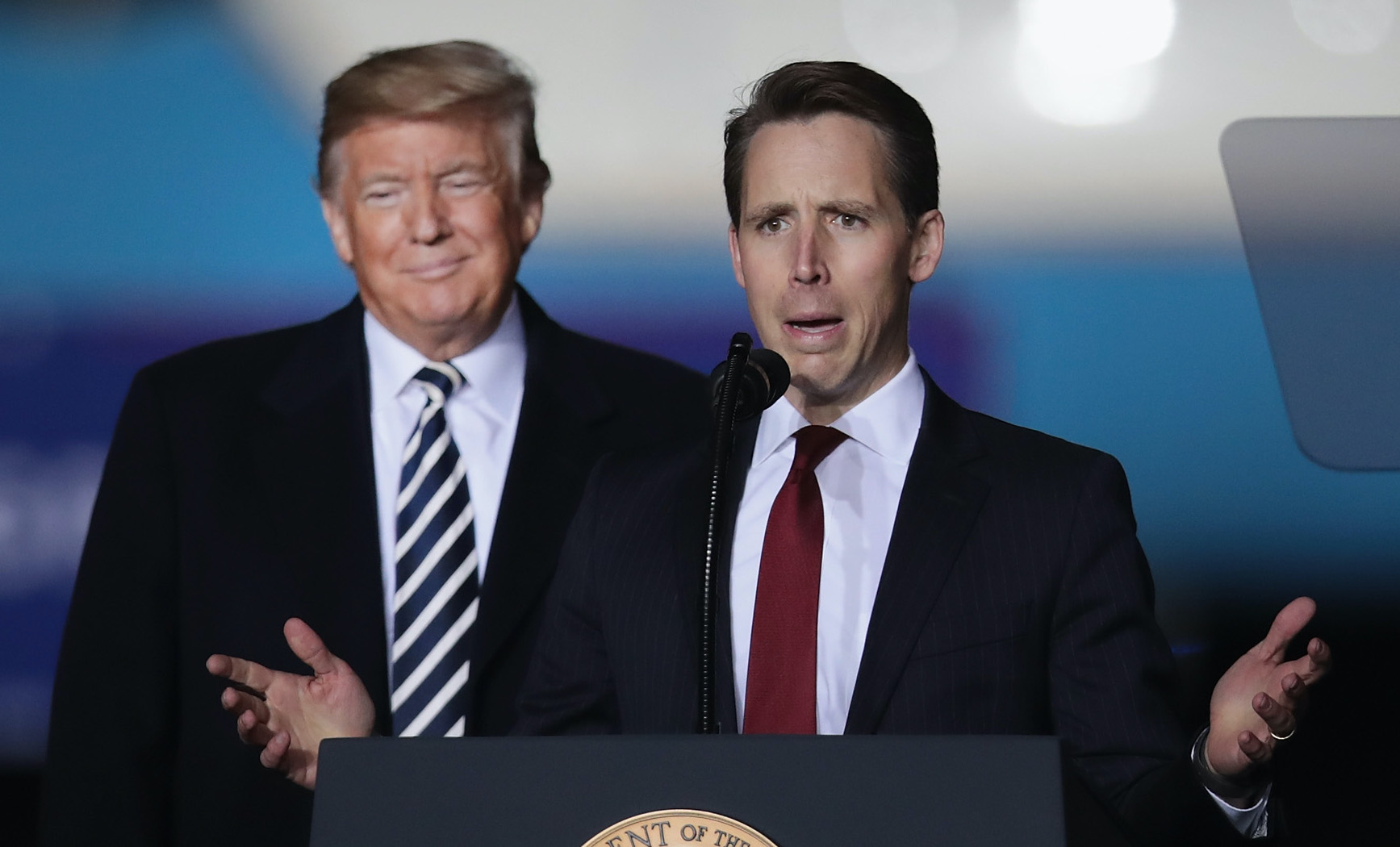 The report, from the nonpartisan corporate and government watchdog group Accountable.US, listed the companies among others that donated a combined $8.1 million to the 147 Republican lawmakers who voted against certifying the results of the 2020 presidential election. The watchdog group called the 147 lawmakers “the Sedition Caucus,” signifying a political group that rebelled against the country’s authority.

The lawmakers were roundly criticized for legitimizing former President Donald Trump‘s baseless claims that the 2020 election was “stolen” from him due to an unprecedented nationwide conspiracy of voter fraud. Numerous political analysts and arrestees cited Trump’s claim as the basis for the January 6 insurrection at the U.S. Capitol. No evidence backs up the claim.

Though major corporate donations largely stopped for the first quarter of 2021, they resumed in the second and third quarters, reaching a combined total of $3 million, the watchdog group said.

Boeing, the aerospace company, condemned the insurrection in a Jan. 14, 2021, statement, which said, “We are not making political contributions at this time.” However, the company has since donated $190,000 to Republicans who voted against certifying the election.

Cigna, the health insurer, said that it would “stop giving money to elected officials who “encouraged or supported violence” during the insurrection, in a Jan. 12, 2021, statement to CNBC. The insurer ended up donating $30,000 to the Republican officials.

ExxonMobil, the natural gas company, said its political action committee (PAC) would use “a robust process to assess the candidate’s platform, prior voting record, and consistency with the company’s priorities,” in a Jan. 13, 2021, statement. However, its PAC donated $61,000 to the election objectors.

FedEx, the shipping company, said it was “reviewing all future political contributions” in a January 2021 statement. It later donated $58,500 to the Republican lawmakers.

General Motors, the automotive manufacturer, announced that it would “withhold political contributions, at least for now,” in a Jan. 13, 2021, statement. The manufacturer then gave $92,500 to Republicans who opposed certifying Biden’s win.

Johnson & Johnson, the consumer health company, paused all political contributions in light of the insurrection on Jan. 14, 2021. It ended up donating $22,500 to the election objectors.

Lockheed Martin, one of the world’s largest weapons makers serving the U.S. government, said that it was “not making political contributions” as it “routinely evaluates and updates” its PAC’s contribution strategy to “reflect our core values and the constantly changing political landscape” in a January 2021 statement. The contractor then gave $184,500 to the Republican group.

Northrop Grumman, the defense manufacturer, said it would “halt all donations” from its PAC following the January 6 riots, The Washington Post reported in January 2021. The company gave $83,000 to the campaigns of the aforementioned Republican lawmakers.

Pfizer, the pharmaceutical company, pledged to immediately suspend donations to election objectors in January. But it later donated at least $49,500 to them.

Raytheon, the weapons company, paused its PAC’s donations to “reflect on the current environment and determine appropriate next steps,” it said in a January 2021 statement. The company then dumped $186,000 into the politicians’ war chests.

Other companies and lobbying groups condemned the riots and mentioned upholding community “values” in light of the incidents of January 6, but they too continued donating to Republicans who voted against certifying the election.

A June report from the Citizens for Responsibility and Ethics in Washington (CREW), a nonprofit government watchdog, showed that over $5 million in corporate or industry money had been donated to Republican objectors.

Newsweek contacted the companies mentioned from Accountable.US’ report for comment.