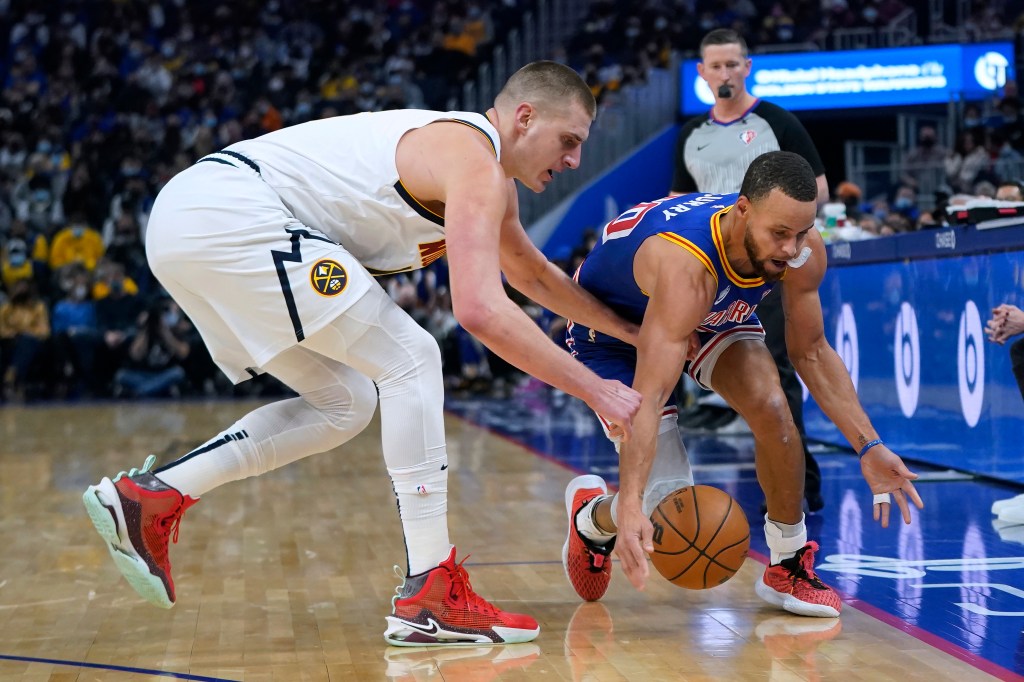 Denver held on for dear life, and despite a late Steph Curry eruption, it was enough.

After Facu Campazzo gave the Warriors brief hope by missing one of two free throws, Andre Iguodala’s 3-point attempt at the buzzer came up short to seal the win. What was once a 24-point margin dissolved into a gripping, ugly victory, but a win nonetheless.

“They got the best record in the NBA,” Nuggets coach Michael Malone said. “We weren’t playing St. Buzzy’s tonight. You know they’re going to make a run, but to hold that team to 86 points in their building, with all the injuries and guys out that we have, even though we only scored 29 points in the second half, we did enough to pull the win out.”

Now 17-16 on the season, the Nuggets will host the Warriors on Thursday at home.

Curry came to life with four 3-pointers in the fourth quarter despite swarming defense from Campazzo and Austin Rivers. His 23-point night was still uncharacteristic and a testament to the Nuggets’ layered defensive approach.

Jokic finished with 22 points and 18 rebounds, while Will Barton added 21, including four clutch points late in the fourth quarter.

“We figured out how to win the game, and that’s the most important thing,” Jokic said.

It was a win to savor over the NBA-leading Warriors.

The Warriors were missing Draymond Green, the backbone and lynchpin of their defense due to health and safety protocols. The Nuggets were depleted as well. They entered Tuesday’s contest with only 10 healthy players, the result of Monte Morris (knee), Aaron Gordon (hamstring) and Vlatko Cancar (non-COVID illness) all sitting out the contest.

As has been the case all season, the absences exposed miscast roles up and down the rotation.

The third quarter started like so many other miserable second halves for the Nuggets this season. The turnovers mounted, the shot selection suffered and the transition defense was optional. What was a 24-point lead going into the third quarter was chiseled to just 11 points as Denver’s offense went cold. It was the same perplexing pattern that had doomed them in bad losses to Orlando and, more recently, Charlotte.

But up just 68-57, the Nuggets’ second unit responded. Campazzo nailed a floater, and then Zeke Nnaji got inside for a dunk late in the third. Some semblance of order was restored, as the Nuggets took a 74-61 lead into the fourth.

Before the game, Malone suggested that Davon Reed wouldn’t be going anywhere despite the expiration of his second 10-day contract. Malone said he conveyed his “thoughts” and “wishes” to team president Tim Connelly, understanding it would ultimately be management’s decision.

Among the best parts of the Reed story for Malone – and the reason he’s fit so well – is that he understands his role.

“He’s mature, and I think he understands, ‘Hey, I’m not being called up to be the man.’ I’m being called up to fit in and help in any way I can,” Malone said. “Hopefully, there’s a way to keep Davon in a Nuggets uniform for a while moving forward.”

Reed, Rivers and Campazzo swarmed Curry in the first half, limiting Golden State’s sharpshooter to just two points on 1-of-6 shooting. Their incessant coverage also forced Curry into four first-half turnovers. At least for a half, he wasn’t the overwhelming tidal wave he’s accustomed to being.

The Nuggets were locked in and engaged from the start. With crisp, unselfish passing and confident, aggressive driving, they built a 60-36 halftime lead. Barton poured in 17 points on four 3-pointers, and Jokic dominated inside with 14 points, seven rebounds and four assists.

As a team, the Nuggets racked up 19 assists over the first two quarters in a relentless assault on Golden State’s scrambling defense.