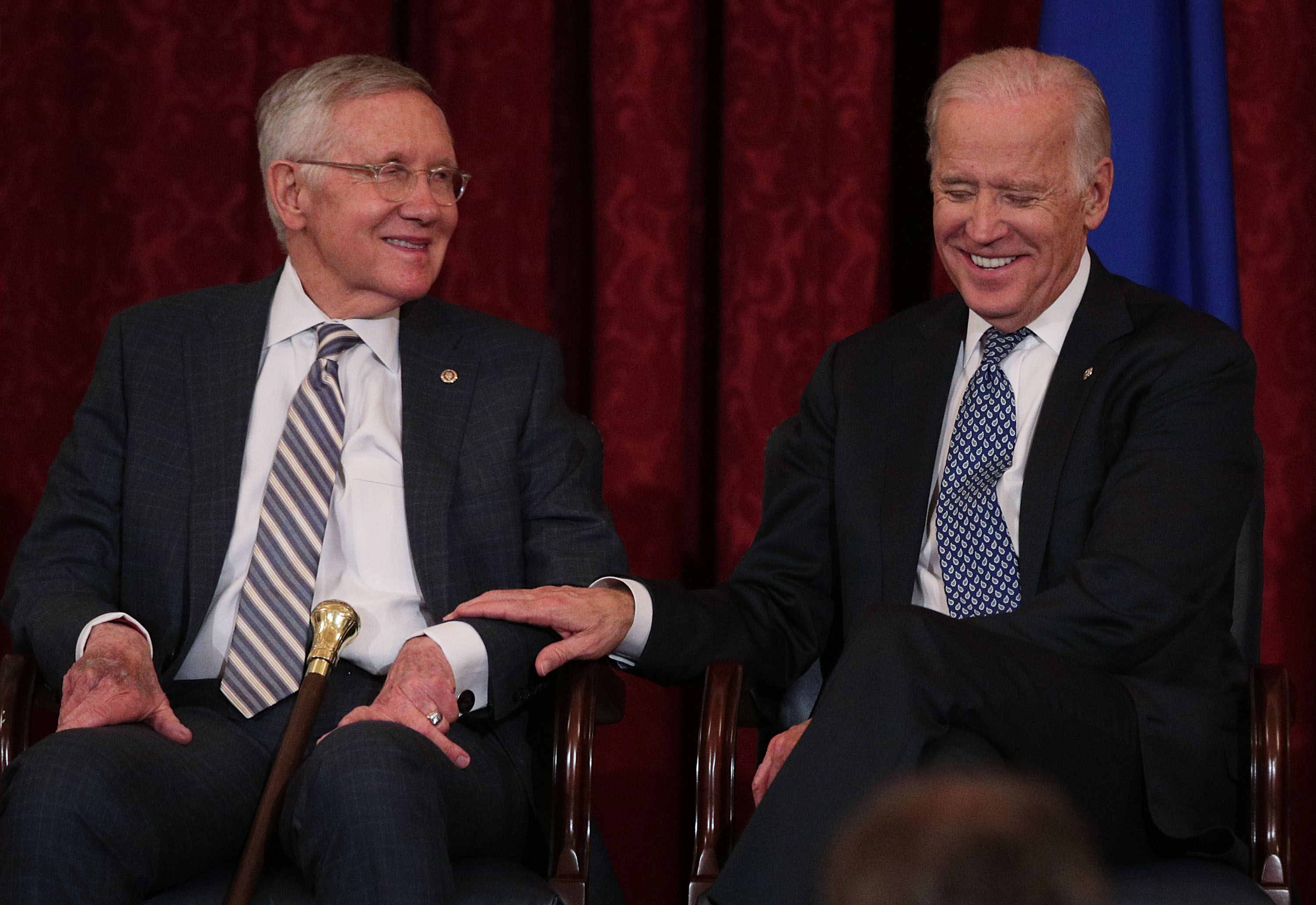 President Joe Biden has led tributes to former Senate Majority Leader Harry Reid, who has passed away at the age of 82 following a four-year battle with pancreatic cancer.

Biden joined other Democrats including the current Senate Majority Leader Chuck Schumer in offering their condolences on Reid’s death and praising the former Democratic senator from Nevada.

“A son of Searchlight, Nevada, Harry never forgot his humble roots,” Biden said. “A boxer, he never gave up a fight. A great American, he looked at challenges and believed it was within our capacity to do good — to do right.”

“May God bless Harry Reid, a dear friend and a giant of our history,” the president wrote.

Schumer said in a statement shared to Twitter: “Harry Reid was one of the most amazing individuals I’ve ever met. He was tough-as-nails strong, but caring and compassionate and always went out of his way quietly to help people who needed help.”

“He was a boxer who came from humble origins, but he never forgot where he came from and used those boxing instincts to fearlessly fight those who were hurting the poor and the middle class,” Schumer went on.

“He was my leader, my mentor, one of my dearest friends,” the senator said. “He’s gone but will walk by the sides of many of us in the Senate every day.”

This is a developing story and will be updated.