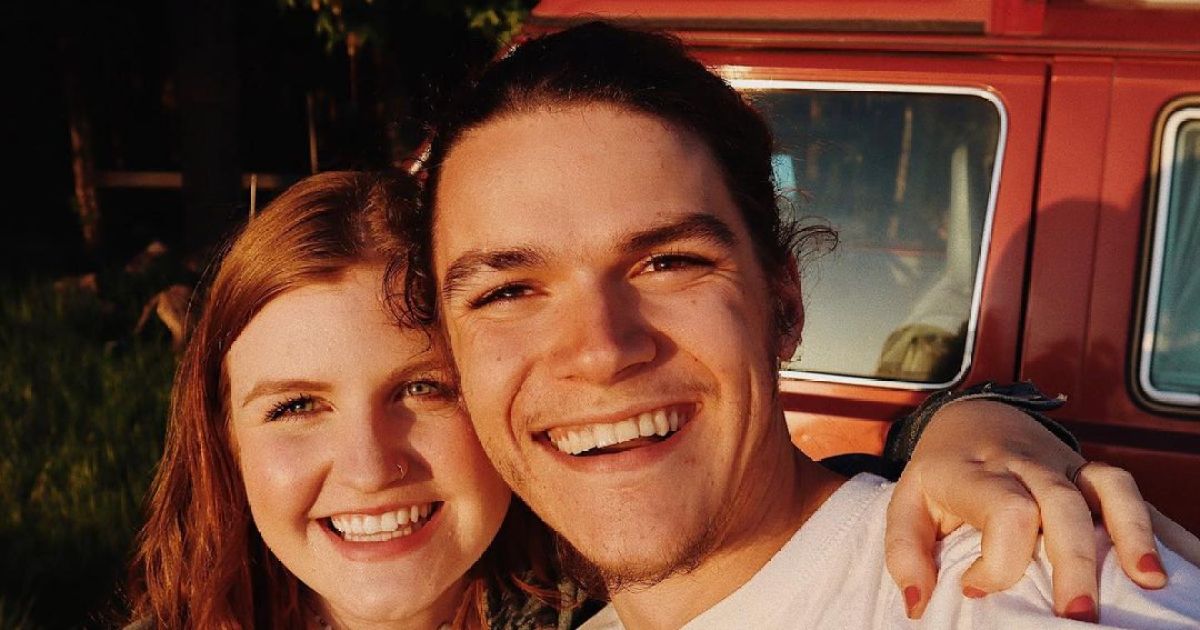 Obsessed, much? Former Little People, Big World star Jacob Roloff quickly clapped back at a fan bothered by his and wife Isabel Rock‘s mutual decision not to show their newborn on social media.

On Tuesday, December 28, Isabel, 25, shared a photo on Instagram of herself holding their son, Mateo, in a bear onesie as they overlooked Roloff Farms with their backs to the camera. “Mateo’s first snow,” she captioned the snap, “So magical.”

“Just turn him around,” a follower commented, possibly in an attempt to goad the couple. “[What’s] the problem?”

Instagram users backed up the former reality star. “Well said. Protect that baby,” one person responded. Another added, “A lot of us would love to see their baby … but there is something called respect, which they have asked for.”

Despite a few negative remarks, Isabel’s comment section was flooded with supporters.

“Love how you and Jacob protect his own little privacy. You’re a great mama,” one Instagram user wrote. One person added, “What a beautiful picture! So happy you and Jacob decided to not share Mateo’s pictures. So special.”

The couple, who announced Mateo’s arrival on December 6, have been candid with their followers about their choice not to share photos of their son’s face on social media. The decision has divided fans of the former TLC star. While many continue to want to see the young family, others feel that the couple, who married in September 2019, are being responsible.

“We knew before we had [Mateo] that we wanted to protect his privacy online. How that looks was always going to change, because you don’t know until you’re in it how you’re going to feel, what you’re going to feel comfortable sharing when [the] baby is really here,” Isabel responded to a Q&A question on her Instagram Stories on December 17.

“Ultimately, Jacob said from the beginning that we will share very little about our kids and I agreed. So, now we are navigating that daily, checking in with each other about comfortability and what we choose to share,” she added.

After Isabel shared photos from their baby shower, which was thrown by Jacob’s mother, Amy Roloff, one fan asked, “[Do] you think you’ll struggle keeping babes off social media? [It’s so] hard to not want to show off our littles.”

“[No,] I don’t think so because it’s something we’re super passionate about,” Isabel replied. “And who knows, maybe a few of those here and there but never his face. He deserves his privacy.”