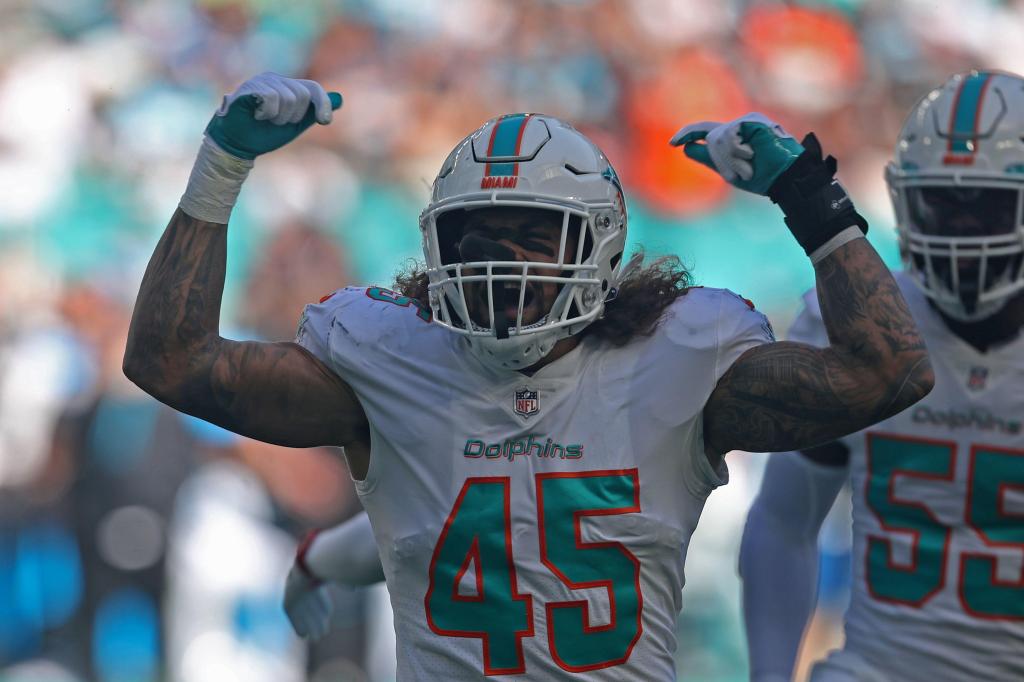 The Miami Dolphins were five up on Wednesday after going five down on Tuesday with the team’s reserve/COVID-19 list.

It’s critical Miami (8-7) has as many players available as possible given the importance of Sunday’s matchup at the Tennessee Titans (10-5). A win keeps the Dolphins in a win-and-in scenario entering their regular-season finale against the New England Patriots. A loss, coupled with other results going against Miami, could eliminate the Dolphins this weekend.

The five players coming back are mostly backups with Riley and Coleman as rotational defenders that enter in certain packages. Riley has seen his defensive snaps increase over the second half of the year, and when he enters as an inside linebacker, it allows the Dolphins to shift Jerome Baker outside. Coleman can be an extra defensive back in a nickel or dime package.

Riley and Coleman also contribute on special teams, and the two combined for a touchdown in the Nov. 28 win over the Carolina Panthers. Riley blocked a punt when Carolina was backed up, and Coleman recovered it for the score.

Mancz and Jones bring depth back to Miami’s offensive line. The Dolphins played against the New Orleans Saints with three COVID replacements from the practice squad as their reserve linemen to the starting five. Mancz is Michael Deiter’s backup at center, and Jones, last time he played on Dec. 19 against the New York Jets, even saw 10 offensive snaps as a sixth lineman.

Linebackers Brennan Scarlett and Darius Hodge also returned to practice on Wednesday. Scarlett was on injured reserve since Nov. 23, after exiting the first meeting with the Jets two days earlier with a knee injury. Hodge served a two-game suspension for violating the NFL’s performance-enhancing drugs policy.

The five that landed on the COVID list on Tuesday joined guard Solomon Kindley and wide receivers Albert Wilson, Allen Hurns and Lynn Bowden on the list. Hurns and Bowden are on season-ending injured reserve, so they were not available regardless.

The Dolphins also turned out a rather clean injury report after Wednesday’s practice. Only three players were listed and all as full participants: tackle Jesse Davis (knee), running back Phillip Lindsay (ankle) and tight end Adam Shaheen (knee).

Dolphins coach Brian Flores also touched on John Madden’s legacy on Wednesday morning during a web conference call with reporters. Madden, the legendary football coach with the Oakland Raiders who also had a lengthy career as a broadcaster and had a hit video game series named after him, died at 85 on Tuesday.

“As far as legacy and impact and the amount of people and lives that he touched, not only as a coach, as a person, as a husband, as a father, I think he’s up there on the Mount Everest of coaching,” Flores said. “Obviously, had a great career as a coach and as a color commentator. From all things I heard — I never met him — he was a better human being. Huge loss for the sport, really for everyone. Sad day.”

The Dolphins’ Twitter account on Tuesday reposted the Las Vegas Raiders’ statement on Madden’s death and said: “Our thoughts and prayers are with the family and friends of John Madden and the Raiders organization.”