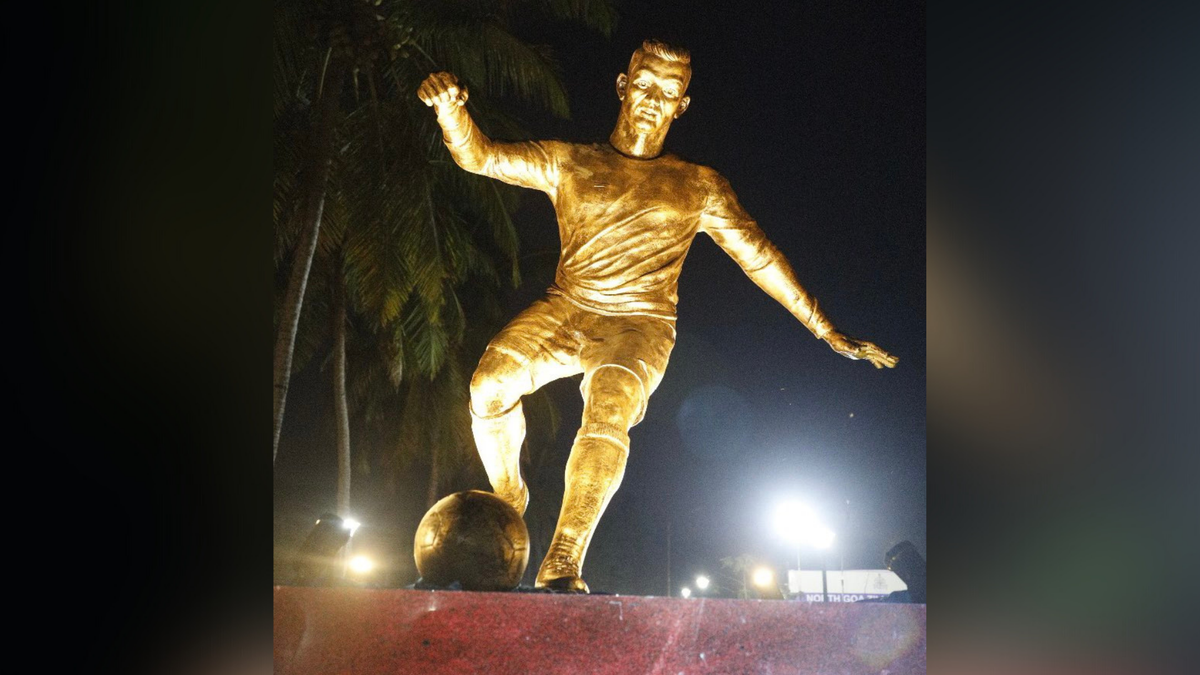 The 400kg statue was displayed to the public in the coastal state of Goa on Tuesday by minister of science and technology, Michael Lobo, yet it stirred more anger than inspiration in a region where football is extremely popular.

The statue of the Portuguese player has irked Goa’s locals who called it an insult to the state, which is a former colony of Portugal.

The European country invaded Goa in 1510 and ruled over the region for 451 years before India’s military gained control in 1961.

A local Goan said he was very disappointed to hear about the statue. “Learn to take pride in our own icons like Samir Naik and Bruno Coutinho,” the resident said, according to a local media report.

Guru Shirodkar, a right-wing activist, also objected to the presence of the statue.

“To erect a statue of a Portuguese footballer this year is sacrilegious. We condemn this,” Mr Shirodkar said, referring to the 60th anniversary of Goa attaining independence from Portugal.

He added that the statue was an insult to the freedom fighters who had fought to free Goa.

On the day of the unveiling ceremony, several locals held a black flag demonstration to protest the statue, which was unveiled by Mr Lobo, who is also a local lawmaker from Calangute, the city where the statue has been erected.

The Calangute Constituency Forum, a local organisation, said a statue depicting a Goan footballer would have been more appropriate.

Mr Lobo, however, has countered the attacks by saying critics were the ones who did not want to see India progress in sports.

The minister said the aim to have the statue of a “global legend” was to inspire the youth to turn to football. He said the statue would lead to young people “getting inspired” to play the sport in large numbers.

“If you want to take football to another level then this is what young boys and girls will look forward to, taking selfies and looking at the statue and getting inspired to play.”