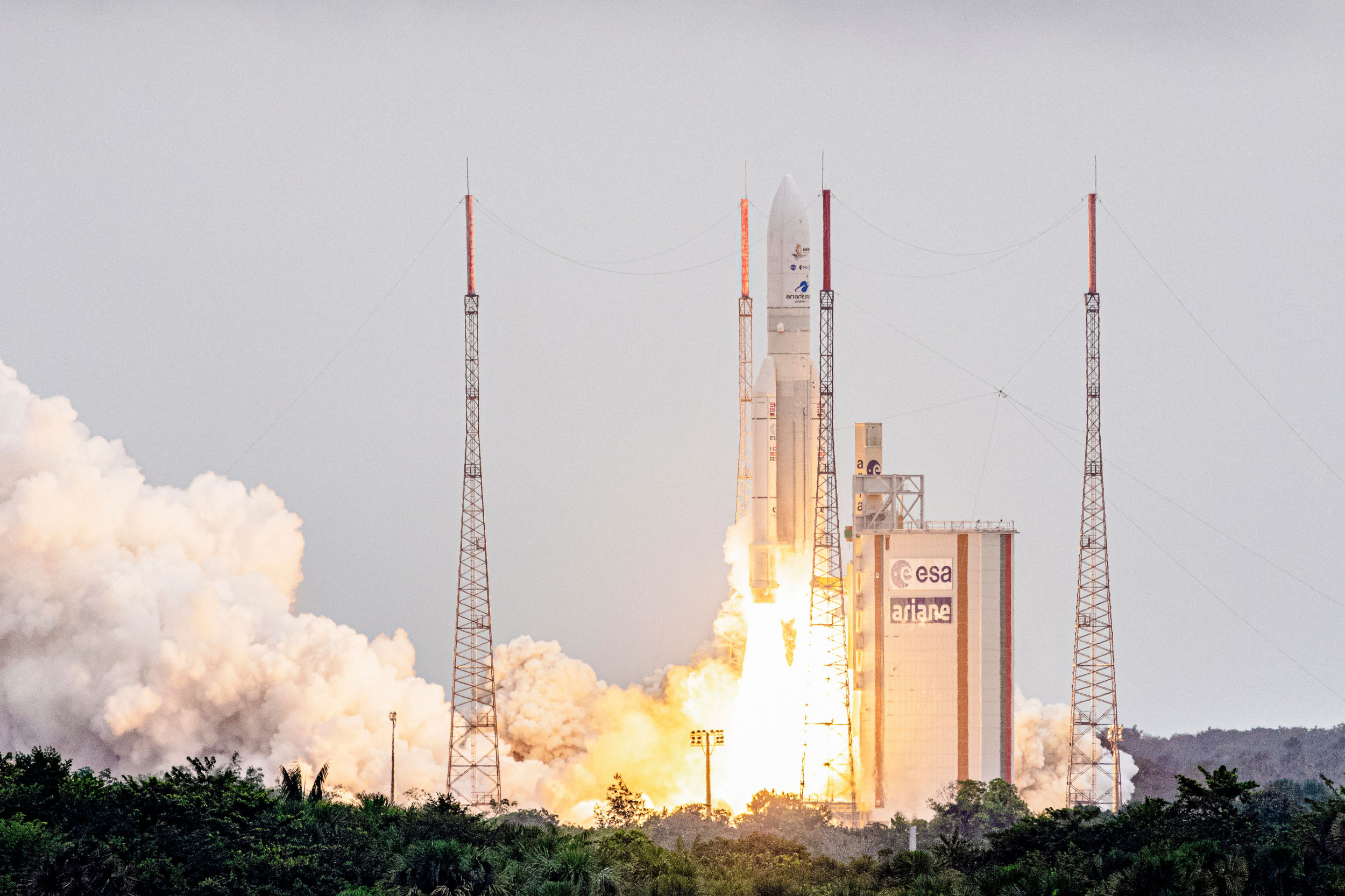 With 2021 winding to a close and 2022 just days away, thousands of Redditors came together to share their predictions for the upcoming new year.

In a viral thread boasting 44.1K votes and more than 21,000 comments, users offered up a myriad of responses to a simple prompt issued on Reddit‘s r/AskReddit: “What is something you are pretty sure is going to happen in 2022?”

The thread’s most popular response came from u/High_Prophet and was as timely as possible.

Receiving 58.3K votes on their comment, they wrote: “Going to get some sweet photos from the James Webb Space Telescope.”

The James Webb Space Telescope, a joint effort between NASA, the European Space Agency and the Canadian Space Agency, was launched on December 25 at 7:20 a.m. from Europe’s Spaceport in French Guiana, according to a NASA press release.

Upon the James Webb Space Telescope’s launch on Christmas morning, NASA said that the observatory’s premier mission is to succeed the Hubble and Spitzer space telescopes, and added that Webb is the “world’s largest and most complex space science observatory.”

“The telescope’s revolutionary technology will explore every phase of cosmic history — from within our solar system to the most distant observable galaxies in the early universe, to everything in between,” NASA noted in its press release. “Webb will reveal new and unexpected discoveries and help humanity understand the origins of the universe and our place in it.”

NASA also revealed that when Webb completes its six month commission in space, the telescope will “deliver its first images,” lining up perfectly with u/High_Prophet’s widely-popular prediction.

Responding to u/High_Prophet’s top-rated comment, other Redditors exclaimed over the possible images Webb is set to deliver.

“Get ready for a new generation of pictures your wildest dreams could not even begin to fathom,” u/FroggyWatcher wrote.

“That’s what excites me about the James Webb,” u/WhatALovelyUrinal added. “The pictures will be pretty to look at, but I’m even more excited about what we might learn.”

While NASA’s latest space expedition dominated much of the conversation underneath the thread’s original post, other predictions for the upcoming year were plentiful.

In a comment that received more than 53,000 votes, u/xpgx wrote “we’re learning the rest of the greek alphabet,” a reference to the recent surge of the Omicron variant and every new variant of the coronavirus being labeled with a Greek letter.

u/cheff_jeff_likes_yeet pointed out that, at 22:22:22 on February 22, the time and date will be exactly the same, and u/PinkSweetGhost offered a tongue-in-cheek prediction that “Netflix will cancel a series too soon.”

u/mlalssid predicted that “someone’s going to accidentally write ‘2021’ as the date on their homework,” multiple Redditors speculated about potential political upheavals across the world, while one Game of Thrones fan sarcastically predicted that the series’ author would make progress on a long-awaited novel.

“After a grueling twelve months of hard work, George R. R. Martin will type up another three pages of Winds of Winter,” u/NowAcceptingBitcoin wrote.