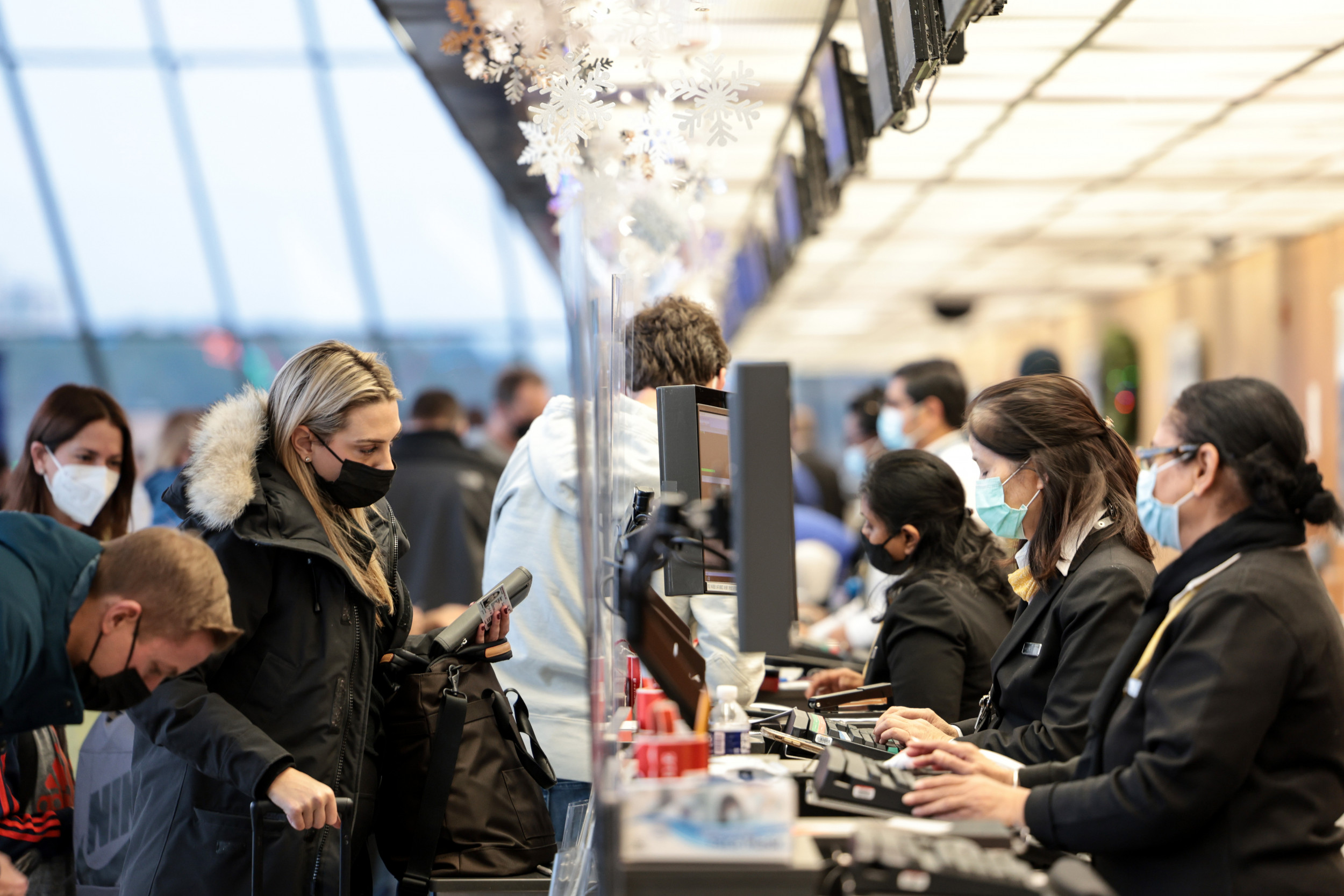 U.S. travelers are continuing to face a wave of airlines cancellations as COVID-19 decimates flight crews.

From Sunday through Tuesday, airlines are forecast to cancel 8,040 flights and delay 22,849 more, according to FlightAware, a website that tracks flight information.

Icy weather has caused some of the delays and cancellations. However, American, Delta and United Airlines as well as JetBlue Airways have all said that the spread of the Omicron variant among work crews has contributed most of all.

The spike of new variant cases caused pilot and crew shortages, leaving many planes grounded and unable to operate. The cancellations also delayed tens of thousands of travelers, spoiling their holiday plans and leaving them scrambling for alternative flights during the busy tail-end of the holiday travel season.

Despite the rise of Omicron, end-of-year holiday travel this year nearly returned to pre-pandemic levels.

Nearly 13.6 million travelers passed through Transportation Security Administration (TSA) security screening areas over the last week, the TSA reported. The number is nearly double the amount of travelers screened in 2020 and 15 percent lower than in 2019, the year before the pandemic.

But while many airlines increased the number of flights in anticipation of increased travel, they didn’t anticipate the arrival of the highly contagious Omicron variant, which is twice as contagious as the Delta variant and four times more than the original COVID-19 coronavirus.

Omicron can also bypass the immunity provided by vaccinations, boosters and previous infections, though its symptoms are more severe in those unvaccinated.

In a statement, Delta said it had rerouted flights, substituted aircraft and shifted around work crews to cover scheduled flights. However, even with these workarounds, the airlines still exhausted all of its resources and had to begin canceling some flights.

Despite the holiday delays and cancellations, the work shortages may be somewhat alleviated by the Centers for Disease Control and Prevention’s (CDC) recent shortening of its suggested isolation and quarantine periods.

On Monday, the CDC said those who had been exposed to COVID-19 or tested positive for the virus could stay isolated for just five days rather than the previously suggested 10-day period.

The shortened period could help some airline workers return to help delayed travelers reach their destinations before the year’s end.

If a flight has been canceled or delayed, passengers can get a refund by submitting a claim through the website of the federal Department of Transportation (DOT).

However, each claim is handled on a case-by-case basis and can take some time to resolve, depending on what each airline did in its attempt to address inconvenienced travelers.