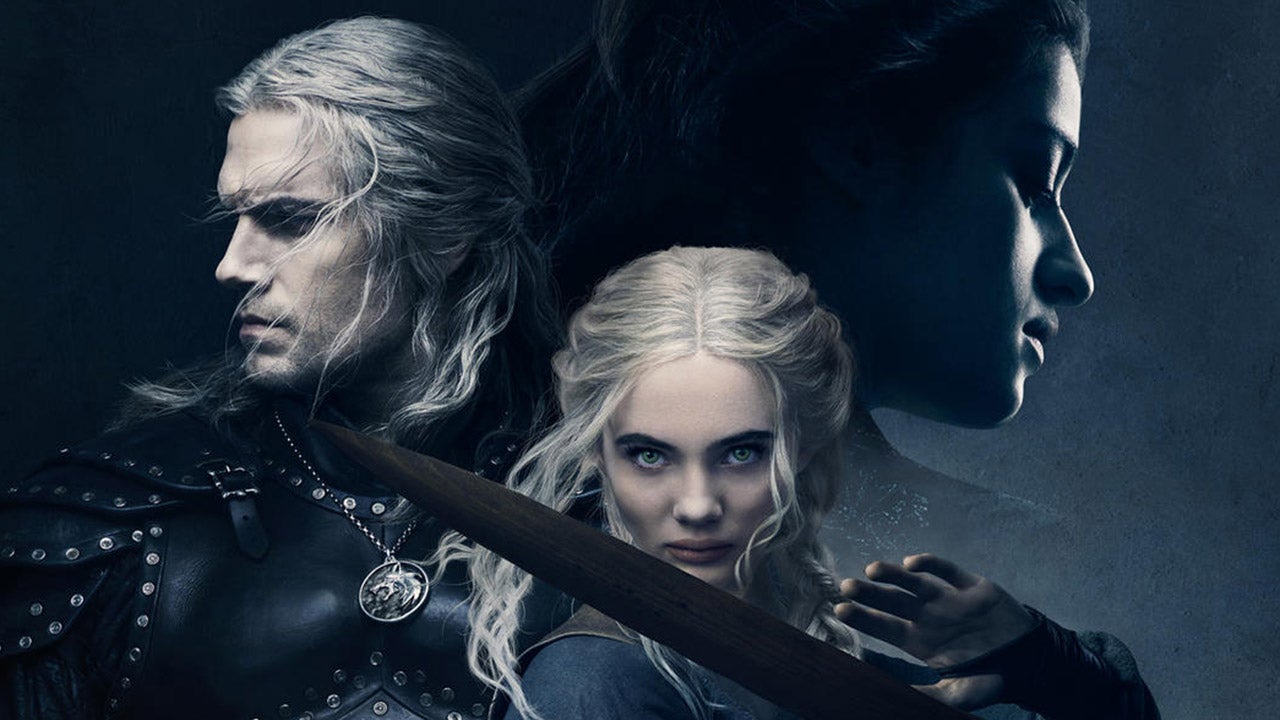 The last time we saw Geralt and Co. was back in December of 2019. With The Witcher season 2 available on Netflix, was the second season worth the wait? I go over what did and didn’t work for me!

If I had to summarize the themes in The Witcher season 2 in three words, “Parenting”, “Loss”, and “Fear” would be it. And most importantly we finally got Ciri out of that damn forest. Of course, our main three key figures, Geralt, Cirilla, and Yennefer are back and each character has been given their own fill of personal obstacles to face.

Cirilla (Freya Allan), Princess of the fallen kingdom of Cintra has found Geralt of Rivia, brought together by destiny. Cirilla losing everything in season one has left her lost in the world, clinging to Geralt for comfort and guidance but her headstrong stubbornness makes it difficult for the monster hunter to both keep her safe as well as teach her the ways of the world.

Also, can we talk about her eyebrows?? Bleached blonde in season one and then natural dark eyebrows in this season with no explanation. That’s a major inconsistency I could not let go of. I can only imagine it being more jarring for people barely getting into the Witcher and binging both seasons back to back. It should be mentioned though that she looks great with her dark eyebrows.

At the start of season 2, she’s very naive to the way of magic, curses, and monsters but learns very quickly that the real world beyond the castle she lived in is filled with evil and danger. The premiere episode, ‘A Grain Of Truth’ is a testament to this as Ciri and Geralt come across an old friend of the Witcher’s Nivellan (Kristofer Hivju). Nivellan’s mysterious curse has turned him into a half-man-half-boar creature, tusks and all, his house’s inanimate objects seemingly almost alive, and a strange skittering creature that we come to learn is a terrifying Bruxa, a vicious and savage vampire of sorts under the guise of a dark-haired beauty (depending on who you ask).

As the mysteries of the house unravel and Ciri has learned to trust Nivellan and his friend it all too quickly falls apart as the Bruxa reveals itself to be a giant bloodthirsty bat that’s in a symbiotic relationship of feeding on Nivellan in exchange for her love and companionship. Their relationship was twisted but that’s also what genuinely makes The Witcher feel like a breath of fresh air as the lore comes to life in all its diverse complexities.

As Geralt slays the Bruxa, the creature (in her dying breath) warns Ciri that Geralt will eventually hunt her too. Both Geralt and Ciri learn that Nivellan’s playful behavior throughout the episode masks an awful truth about how he defiled a Priestess and reveled in bloodthirsty carnage ultimately leading to his curse. If that’s not a Class 101 about how people are awful (yet layered) in the world of The Witcher I don’t know what is.

I think that The Witcher benefits from the monster-of-the-episode kind of formula, at least in healthy doses of it. Such type of storytelling establishes Andrzej Sapkowski’s original works regarding the world of The Witcher and gives us context into the themes featuring tragedies of love, betrayal, murder, selfishness, redemption, and forgiveness. Episode one perfectly encapsulates what I love about The Witcher. To be perfectly honest I think it’s one of the best episodes of the entire season.

As we move forward, Ciri’s taken to Kaer Morhen, the starting place and home for the Witchers. Immediately Cirilla is very uncomfortable and out of place but holds her own in keeping her confidence and poise, although it does get a bit shaky at times with the sheer vulgarity and boisterous behavior of the fellow Witchers like Coen (Yasen Atour) and Lambert (Paul Bullion). She does, however, find some comfort in Geralt’s mentor and the closest thing to a father figure, the oldest of the Witcher’s, Vesemir (Kim Bodnia). Vesemir’s origin story was explored in the animated film The Witcher: Nightmare of the Wolf.

Ciri recklessly tries to train to the point of nearly killing herself, all to prove to herself, Geralt, and to the other Witchers that she can hang with the big boys. She even goes so far as to accept the Trial of The Grasses. Ciri’s behavior is understandable due to her being a young woman who wants to be powerful enough to get her revenge. She also doesn’t want to feel all of the pain anymore. And the fact that she’s kept reminded she will bring forth the destruction of the world worsens her emotional burden.

Ciri’s arc is one of the stronger things about The Witcher season 2. However, while her journey is interesting, I just wish it wasn’t so rushed. This season lasts a matter of weeks if not a month or two. Someone as young and inexperienced as Ciri is forced to face a lot surprisingly quickly.

Yennefer’s story felt so forced and inconsistent. Yennefer spends the first few episodes chained with dimeritium, the magic draining metal, held captive by Fringilla (Mimi Ndiweni) and followers of the White Flame. Once freed, she’s forced into a deal with an ancient demon named Voleth Meir. Due to the events of the previous season, Yennefer’s been stripped of her magic, robbing her of the sole thing she feels defined her. To get her power back, she must deliver Ciri to Voleth Meir.

Her first stop involves running back to Tissaia and the mage council only to betray them. She then spends nearly the rest of the season on the run. I struggled with feeling any kind of sympathy or even believability in her predicament. This woman ran around in a bright purple cloak, with her purple eyes and her gorgeous looks, and no one thought to themselves, “I think she might be Yennefer of Vengerberg!”

Seeing Yennefer run around for quite a bit took me so out of the fictional world that I began to lose interest. The flimsy reason for teaming up with Cahir (Eamon Farren) was another headscratcher for me. Yennefer finding Jaskier (Joey Batey) and the banter we got was nice but it just felt so incredibly forced that they would just happen to find each other in a random tavern. I believe in The Witcher‘s idea of destiny but c’mon, now! Jaskier was so irrelevant to the plot of The Witcher season 2 that it just felt like they were throwing him in for the sake of his popularity and to find a way to add some excellent new songs to The Witcher soundtrack. Jaskier’s “Burn Butcher Burn” is so good, it’s been on repeat.

It’s nice to see Yenn is perfectly capable of holding her own, even without her powers, but I couldn’t help but feel that she, unfortunately, ended up being the ‘Ciri-running-through-the-woods-doing-virtually-nothing’ of Season 2. We’re only on season two and stripping away her magic so soon just feels like a ploy at trying to make her complex though the entire thing was unnecessary.

The last couple of episodes involved Yennefer meeting Ciri and finding a way to separate her from Geralt. While she made the right decision in the end, I just could not get into Yennefer’s arc, the very little sympathy I had for her nearly washed all away, I can’t quite put my finger on the moment it started to go downhill for me. But it was rather quickly. Yennefer is just not a character that should be put on the sidelines. As of right now, her treatment definitely hurt the show.

As for our main male lead, Henry Cavill continues to do a phenomenal job. Every look of concern, sadness, pride, and frustration is played so well as he balances the signature Witcher’s detached emotions while still giving us just enough to know precisely how Geralt feels at any given moment.

His few action sequences are beautifully choreographed, especially one he has in the Temple of Melitele. His respective relationships with Vesemir, Ciri, and Yennefer are so completely different that it’s easy to see how much each person means to him and how they serve as pillars as to who Geralt is, as a father figure, as a son, and as a lover.

Now for the bad concerning Geralt. Unfortunately, Geralt has stepped into his role as a father quite seamlessly. It’s not bad in and of itself but as a solitary, apathetic, and stoic hunter of monsters, Geralt had a real easy time being openly soft, tender, and protective with a girl he never wanted in the first place. The show needed more time to develop the dynamic between him and Ciri. I’d imagine Geralt to be easily frustrated, perhaps saying the wrong things at times, and just being a very rough around the edges type of first-time parent. However, The Witcher season 2 showed him as such a good father figure that it just felt so unbelievable.

Another thing that absolutely made this season feel so out of sync was the fact that old, wise, and practical Vesemir was lost when facing nearly all of the monsters appearing this season. For being the oldest living and seasoned Witcher who raised the remaining Witchers as his own flesh and blood, he sure as hell acted aloof and impulsive. You’d think that after a few hundred years over all of them that he’d be an expert at thinking rationally, being knowledgeable and resourceful. But he was written in such a way that he felt like just another young Witcher.

It made me disappointed to see how the writers mistreated Vesemir, undermining him at every turn. I understand the duress that Vesemir was under throughout the season but I just can’t force myself to believe that Vesemir would ever act or make the choices that he did in the current story.

Overall, The Witcher season 2 offered a great beginning. As I’ve already mentioned, The Witcher is at its best when the rich lore of creatures from the bestiary come from the pages onto the show. How the Witchers use signs, go on hunts, and fight monsters is where the writers really need to lean into.

Episode one is near perfect and wraps itself up by the end. We get a magical curse, a bloodthirsty monster, a peculiar unsettling mystery, an epic fight, and a tale of betrayal, twisted love, and human desires like redemption, regret, and seeking forgiveness.

The mutated Leshy fight was another moment where I paused my watching session for a moment to appreciate that there is nothing like The Witcher in live-action media right now. But as the season diverted from this, I quickly lost interest and struggled to feel invested. And by the end of it all, it just felt like a setup for a third season that, to be honest, I don’t know if I really need to see where it leads.

Here’s hoping to get The Witcher series gets back on track because it’s throwing away storylines that need more time in the oven to feel impactful.

I love the world of The Witcher but this season was not it, chief.

Micah is studying English and Digital Design. His love of geek culture spans across diverse mediums and genres. Comics, anime, films, you name it! He enjoys video games on the Nintendo Switch and Xbox.