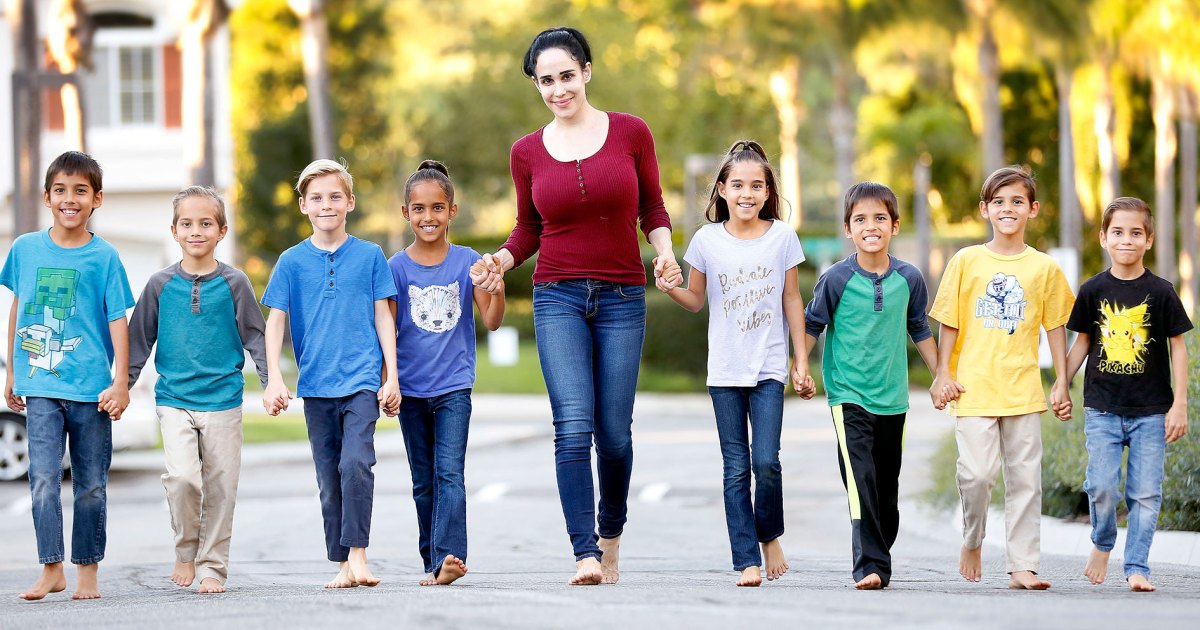 Never a dull moment! Nadya Suleman, who is widely recognized as “Octomom,” became a household name when she welcomed a healthy set of octuplets back in 2009. At the time, she had already conceived six other children through IVF, making her a mother of 14.

Although she previously scored a deal for a reality TV show in the United Kingdom, the star — who goes by the name Natalie Suleman on Instagram — has kept out of the public eye for the most part. However, she does share updates about her big brood every so often on social media.

On June 15, 2020, she posted several new photos of her kids smiling while spending time together in the kitchen. “Nariyah and Maliyah are slowly taking over as head chefs since they love to cook.”

Noticably absent from the photo was her son Aidan. The star previously spoke out about his developmental disorder on Instagram, revealing that he is on the “Autism spectrum.” Nadya vowed to “never give up on him,” and discussed how she wanted to give him the best life possible.

In another heartfelt post on the platform, the Fullerton native expressed how grateful she was for the loyal following she’s gained over the past 12 years. Nadya also revealed at the time what she was hoping to accomplish in the year to come.

“I will try to share far more frequently with you all this year; and in addition, elucidate misconceptions from my past. 2020 marks the seventh year since escaping the false life I was leading; forging on, building a better life for my family,” she wrote in the caption.

After seeing the latest pic of her kids, fans can’t believe how much they have grown up. Nadya previously gushed over what incredible people they are becoming while celebrating their first day of fifth grade back in August 2019.

She noted, “You are all becoming some of the most kind, selfless, caring human beings I have ever known.”

Scroll through the gallery below to see photos of Nadya’s darling kids today!