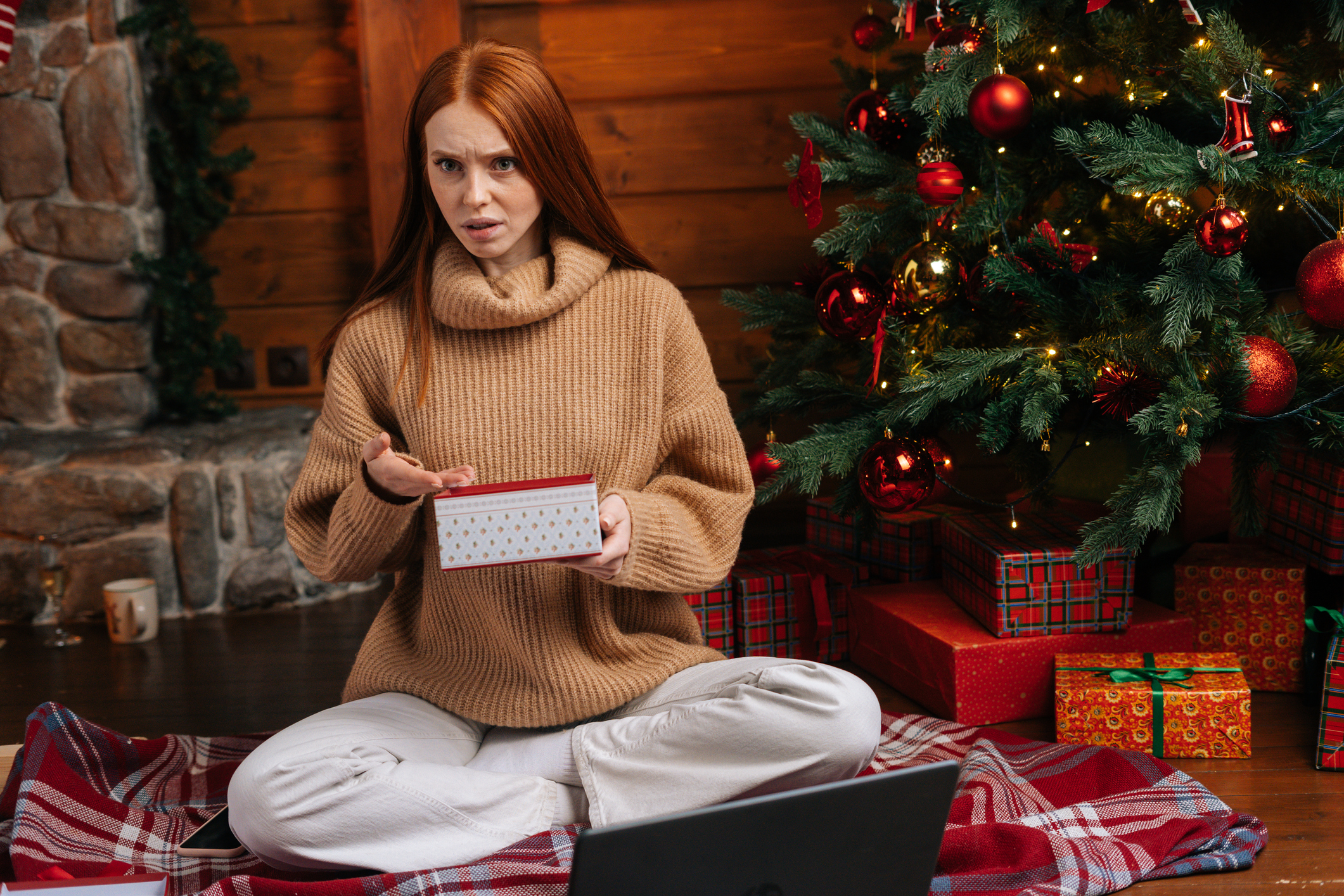 A woman has accused her mother-in-law of “fat shaming” her with her choice of Christmas gift.

In-laws are notoriously bad at present-giving. A 2017 study polling 2,000 adults saw in-laws rank bottom as the worst for giving gifts, as they confused, upset or offended the rest of the family.

Further proof of this phenomenon was found over on Mumsnet where a British woman took to the forum to share her own shock at the present handed to her by her husband’s mom. Her post garnered over 24,000 views.

Writing under the handle Welshlavalove, she explained that she rarely sees her mother-in-law as she “lives a couple of hours away” and “never travels.”

She said their interactions had been mostly restricted to “small talk” until this year when she came to their house for Christmas lunch.

It was during the day’s festivities that her mother-in-law presented her with the controversial gift; a cushion embroidered with the words: “I gave up jogging for health reasons…my thighs rubbed together and my knickers caught fire.”

To say the present went down badly would be something of an understatement.

“Am I being unreasonable in thinking she is fat shaming me?” Welshlavalove asked.

She added she “used to run a lot” but doesn’t now and noted that whenever the mother-in-law “sees her slightly overweight son she makes comments about how he looks pregnant.”

Though the woman herself appeared unsure of the motives behind the gift, Mumsnet users were unequivocal in their response to the present. “Wow that is a b****y present,” one user posting as Stormwhale wrote. “Nasty.” Another, writing as QuestionNumberOne, agreed: “That’s just a straight up insult.”

“It’s a really strange slogan for a cushion,” cutebutscary commented. “I mean it’s not even funny, who would have it on display?” Lonlydomassiveones urged the woman to confront her mother-in-law over the present. “Some people are passive aggressive in their gift giving and it can be very hurtful,” they wrote. “You should tell her you don’t [like] it and get her to explain.”

One user, responding as Riverlee, meanwhile, tried to defend the mother-in-law’s actions.”Maybe she thought it was funny, if you used to jog and no longer does,” they said. “Have you ever had a conversation about jogging causing your thighs to rub together? I don’t think she’s fat shaming but it is a strange present.”

“Get yourself a nice cushion cover and pop it over the top,” they suggested.

Fat-shaming overweight people may be ostensibly intended as a way to motivate people to eat less and lose weight but studies suggest it could end up having the opposite effect.

In a study published in the March 2014 edition of the Journal of Experimental Social Psychology, 93 women were exposed to weight-stigmatizing information.

The research found that this made those who were overweight consume more calories and feel less in control of their eating.

This latest incident follows on from similar viral stories focused around fat shaming. One saw a woman demoted from her role as maid of honor over her weight, while in another instance a woman said she was fat-shamed and asked to cover up while exercising in the gym.