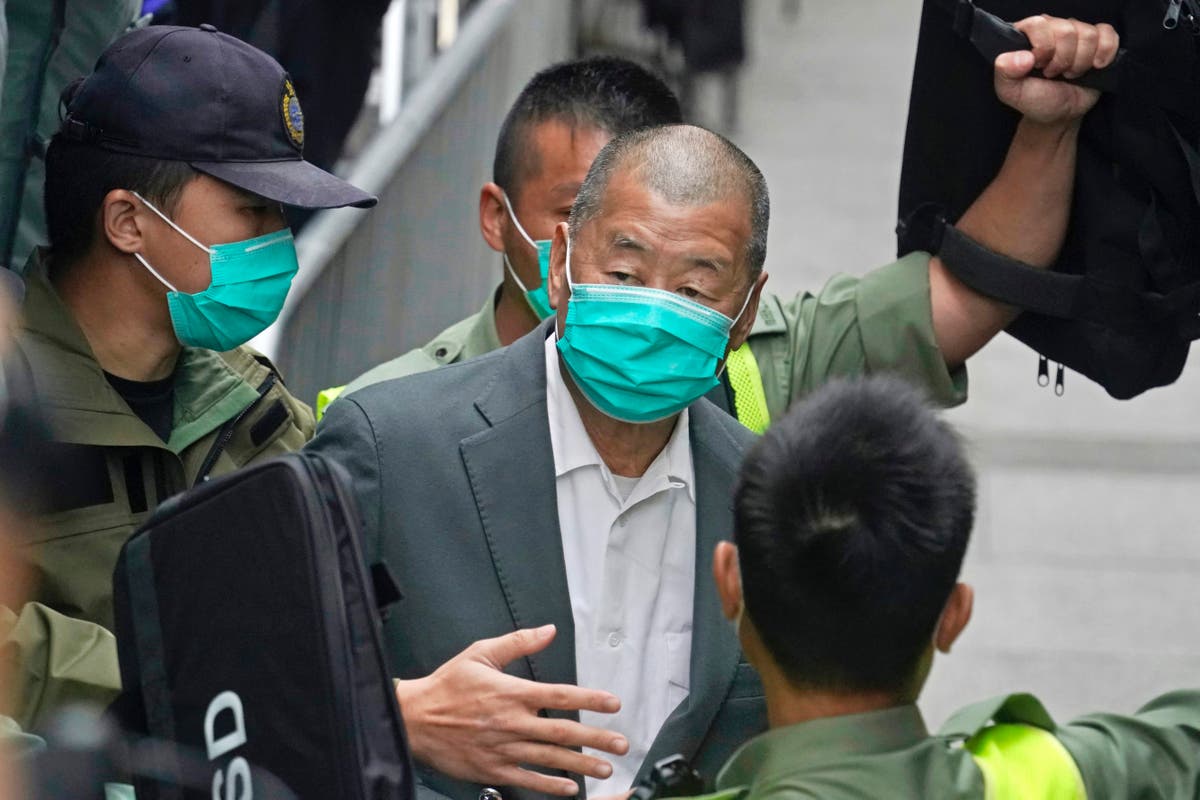 Mr Lai, the founder of the pro-democracy Apple Daily newspaper, appeared in court alongside six other former staff from the outlet on Tuesday. The daily tabloid closed in June after authorities raided the newspaper, arrested staff on national security grounds and froze assets.

The 74-year-old already faces two charges under a national security law that Beijing imposed on the former British colony last June, including collusion with a foreign country.

Prosecutors allege that the publications could “bring into hatred or contempt or to excite disaffection” against the Hong Kong and Chinese governments, according to the charge sheet.

Mr Lai is among the most prominent people to be charged under the national security law that was enacted in June 2020 to punish terrorism, collusion with foreign forces, subversion and secession with possible life imprisonment.

Mr Lai’s repeated arrests and prosecutions have drawn criticism from western governments and international rights groups, who say the law has been used to jail scores of pro-democracy campaigners, crush dissent and freedoms including of the press.

Hong Kong and Chinese authorities say the law has restored stability after protracted pro-democracy protests in 2019.

Mr Lai has been convicted in several unauthorised assembly cases. He has been detained for over a year and is now in the maximum-security Stanley Prison in solitary confinement, according to two sources familiar with the matter.

Earlier this month, in the latest development, Mr Lai was sentenced to 13 months in prison for participating in a vigil that commemorated the fatal Tiananmen Square crackdown.

The six have also been accused of “conspiracy to commit collusion with a foreign country or with external elements”.

Magistrate Peter Law adjourned the case until 24 February. All of the defendants will remain in custody until then.