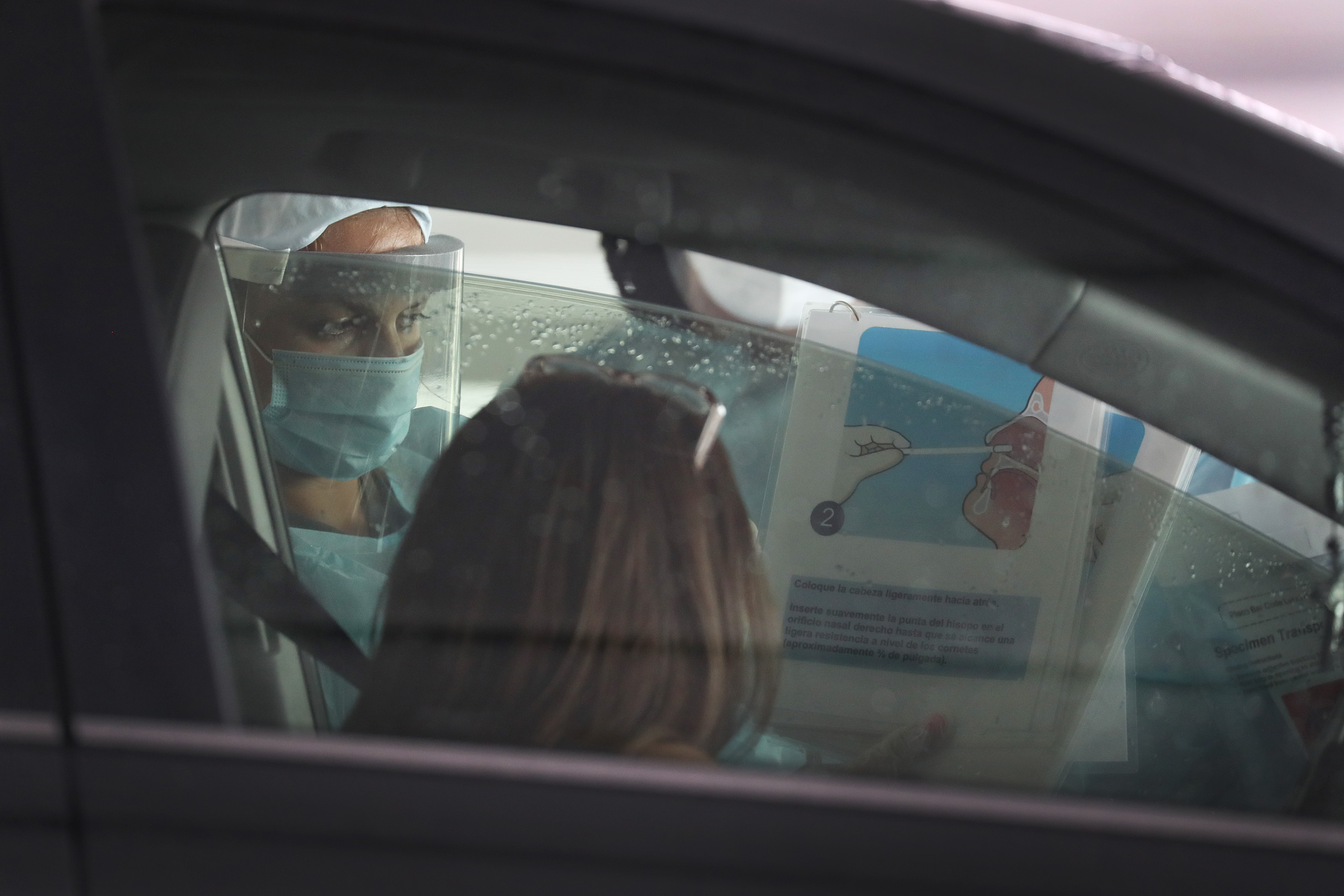 “Our residents, all Florida residents, should be outraged and they should ask the question, ‘Where is our state? Where is our governor? Where is Ron DeSantis now?’ When is the last time you saw the governor do a press briefing on COVID-19?” Demings, a Democrat, said.

Demings said DeSantis and the Florida Legislature’s latest restrictions on COVID health orders local governments and private businesses can enforce have made combating the virus harder. DeSantis signed a new law last month that bans businesses from implementing vaccine mandates unless they are optional, prohibits governments and schools from even making vaccine mandates, and gives parents the ability to sue schools over mask requirements.

The state should also help to pay for testing done at county sites, Demings said.

Local governments, like in Orange County, where Orlando is located, have been forced to manage the COVID surge on their own, as Omicron quickly overtook the Delta variant as the dominant strain in Florida.

Some counties have reimplemented mask mandates for government workers and other municipalities have created additional testing sites due to demand.

Orange County will be opening a third testing site due to demand after gatherings over the Christmas weekend, as well as visitors of theme parks seeking tests before departing, Demings said. Testing sites have been crowded with lengthy waits all across the state, with one site in Orange county once having a five-hour wait.

The governor’s office did not immediately respond to an emailed request for comment. DeSantis, who is running for re-election and eyeing a potential 2024 presidential run, has become one of the nation’s most prominent Republicans through his opposition to lockdowns and other virus rules.

Dr. Raul Pino, director of Florida Department of Health in Orange County, said even if the county could open five more testing sites, they would still be overwhelmed. If someone believes they have been exposed to the virus, they should assume they are positive and isolate themselves, he said.

“A lot of people are wanting to get tested,” Pino said.

In Palm Beach County, people were waiting for four hours to get a COVID-19 test at Gaines Park, the West Palm Beach Police Department said in a tweet.

At another site in Palm Beach County, dozens of people were in line before the testing site opened.

“It’s a big line. We got here at 7 o’clock and there were already probably 50 to 60 cars over there,” Ned Massee told television station WPTV. “We knew it was going to be crowded. That’s why we came so early.”

“We are working around the clock to make sure Miami-Dade residents have access to testing to protect themselves and their loved ones during the holiday season,” Miami-Dade Mayor Daniella Levine Cava said in a news release on Tuesday.

“Our residents are doing the right thing by getting tested if they were exposed, have symptoms, or to take extra precautions during the holidays, and that’s why we are doing everything we can to expand access to testing countywide,” the mayor said.

“We don’t have enough words to thank NOMI’s frontline workers who are putting their lives on the line in administering tens of thousands of tests and vaccines daily, working long hours — even during the holidays,” Gonçalves said.

Meanwhile, Demings said Tuesday that all Orange County workers would be required to wear face masks while on the job.

Officials in Hillsborough County, which is home to Tampa, also said that face coverings would be required in all indoor county facilities for workers and visitors regardless of a person’s vaccination status starting Wednesday.

“The measure is being taken as a precaution for the health and safety of county employees as well as residents,” Hillsborough County said in a statement.