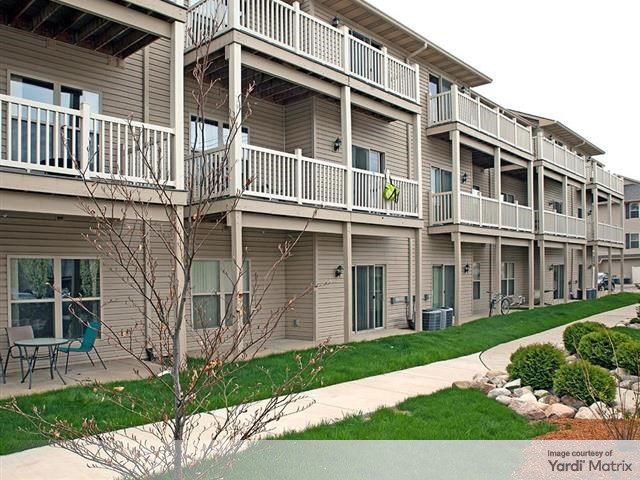 The assets are located at 635 Abbot Road, 129 Burcham Drive and 731-787 Burcham Drive, within walking distance from each other and 1 mile north of the MSU campus. Built in the late 1960s, the communities underwent in-unit renovations under the previous owner.

One of the largest assets in the portfolio is the 179-bed community at 731 Burcham Drive. The community encompasses five three-story buildings and offers a mix of one-, two- and three-bedroom units, ranging from 491 to 800 square feet. Amenities include a gym, swimming pool, volleyball court, five laundry rooms and 110 parking spaces.

The portfolio also includes Burcham Woods, a 136-bed community at 755 Burcham Drive. The asset encompasses four two-story buildings and offers a mix of studios, one- and two-bedroom apartments. Units range from 299 to 705 square feet. Residents have access to 120 parking spaces and two laundry facilities.

The asset at 635 Abbot Road is a three-story building dubbed University Villa. The property offers 125 beds across 64 units. University Villa has one- and two-bedroom apartments encompassing 580 square feet. Amenities include four laundry rooms and 80 parking spaces.

Off-campus student housing properties around major universities have been generating a fair amount of interest in recent months, JLL’s Hayes said in prepared remarks. This comes as no surprise as major student housing markets were less likely to be significantly impacted by the pandemic-generated uncertainty, with some top universities even receiving a growing number of applications, a Yardi Matrix webinar shows.

MSU had 49,659 students enrolled in the 2021-2022 academic year, according to the university’s Fall 2021 enrollment report. Despite the number being virtually unchanged from the previous academic year, the university welcomed the largest freshmen class to date this fall, Hayes added in his statement.

With steady enrollment rates, developers continue to add new housing to the market. According to data from Yardi Matrix, Core Spaces is currently planning the second phase of the Hub on Campus East Lansing, adjacent to the MSU campus. Once completed, the community will offer students 1,595 bedrooms in a 13-story tower at 918 East Grand River Ave.

In July 2021, Multi-Housing News sat down with Colin Cronin, DTN Management’s chief operating officer, to discuss the changes in student housing management brought on by the COVID-19 crisis. Cronin expressed confidence in the MSU market, which continues to showcase strong fundamentals and potential for expansion, adding that performance is ultimately tied to location and housing style.