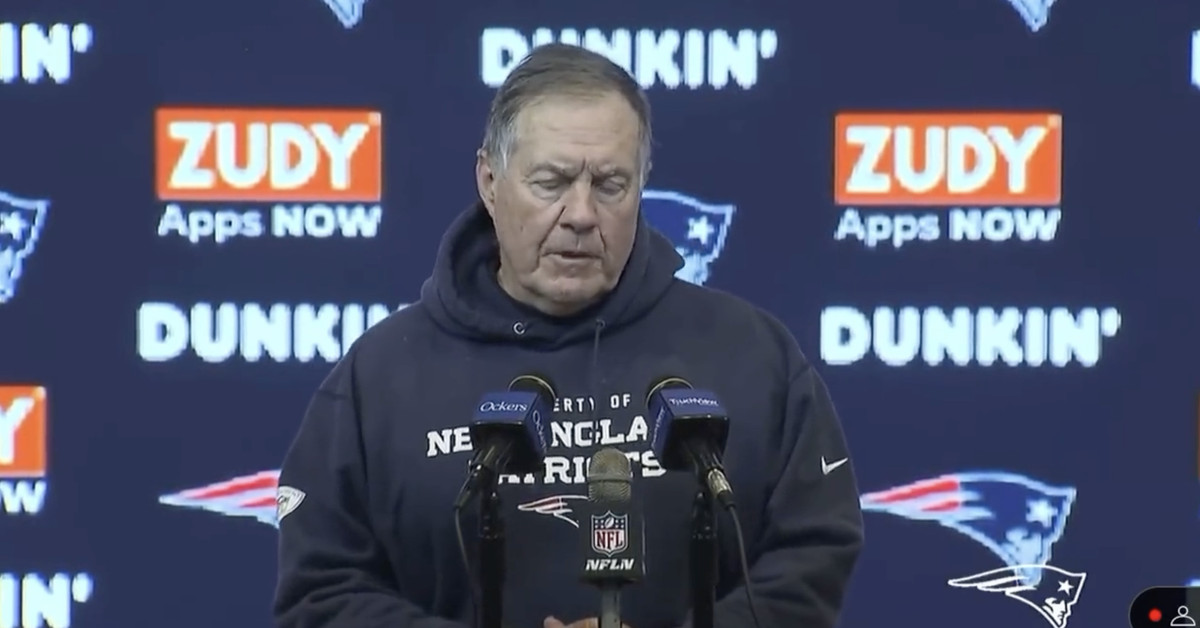 The New England Patriots suffered arguably their most frustrating defeat of the season in Week 16 when the Buffalo Bills beat them 33-22 on their homefield. The loss moved the Bills’ over the Patriots in the AFC East standings and put a huge dent in New England’s chances to secure a first round bye in the playoffs. After beating the Bills a few weeks earlier in a game where quarterback Mac Jones only threw three passes, New England couldn’t rely on a gimmick game plan in tolerable weather conditions, and the Bills’ talent advantage shined through.

The Patriots have now lost two in a row after a seven-game winning streak. Patriots head coach Bill Belichick was irate during certain moments of the game, and as you’d imagine, he was not in a particularly cheerful mood after such a tense loss. That didn’t stop one reporter from fishing for a quote for her story on New Years Resolutions.

The question led to a hilarious exchange with Belichick, who politely sidestepped the question. It was a painfully awkward moment for everyone involved.

There are times when it feels like head coaches can be jerks to the media. Belichick himself actually apologized for being short with the press just a few weeks ago. Belichick’s counterpart in the NBA, Spurs coach Gregg Popovich, has pushed it too hard several times.

It’s hard to blame Belichick here, though. He was still processing a significant loss for his team, and he wasn’t in the mood to offer an empty quote for a puff piece. That really wasn’t the time or place for that question.

Something tells me you’ll be seeing this video used as a meme quite a bit every New Years Eve. In that sense, Belichick is a gift that keeps on giving.