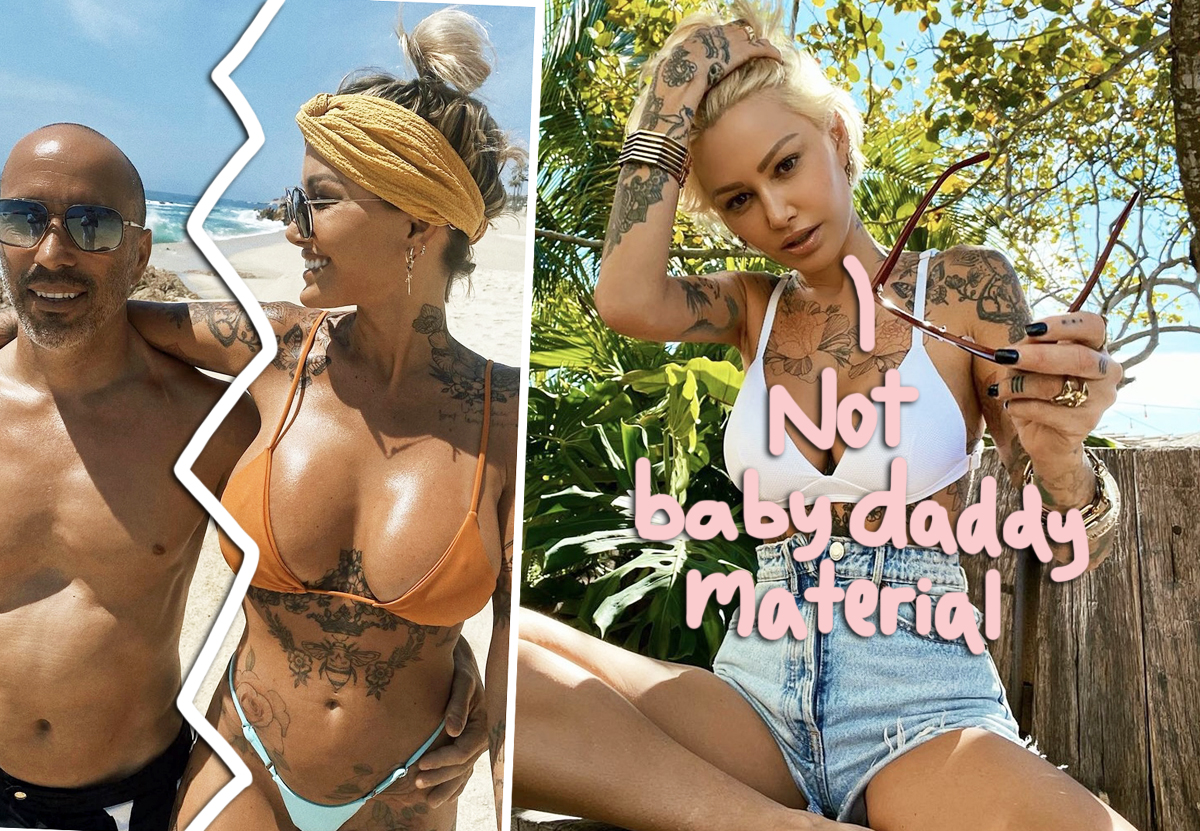 Is the Oppenheim family line ending with Jason and Brett?? It seems likely!

Days after Tina Louise announced her split from Brett Oppenheim, she’s opening up further about why the eight-month relationship came to an end — and it sounds shockingly similar to the reason Chrishell Stause and Jason Oppenheim called it quits!

A TMZ reporter caught up with the Sugar Taco co-founder outside of her restaurant before Christmas and she promptly confirmed that she’s done dating the Selling Sunset star, explaining:

“Oh, we broke up. It’s ok; we’re still friends. Well, you know, we were together for eight months, so it got to a point where I wanted to take the next step in the relationship, and he wasn’t quite there yet.”

When asked if the problem was starting a family, Tina insisted it “wasn’t for her to say” if Brett wanted to have children or not. She tried to skirt around the outlet’s questions by saying she “wasn’t sure” if she wanted babies either, but then finally admitted:

Related: Related: Chrishell Stause’s Date Slams Her For Using Him As A ‘Pawn’ For Selling Sunset Storyline!

When asked why the twins’ breakups were announced on the same day, Louise mused:

Better to know sooner than later! Similar to Chrishell and Jason, the exes plan to stay friends and are still “very close” despite ending their romantic relationship. They even spent Christmas together! But just because their bond hasn’t been severed forever doesn’t mean sparks will reignite. On whether or not the former couple might rekindle their romance, Tina said:

As Perezcious readers know by now, this is the very same reason the Netflix personalities split last week! After staying quiet about the heartbreaking news initially, Justin Hartley’s ex-wife took to Instagram to explain the separation — making it crystal clear what went wrong, claiming their “ideas of family ultimately not being aligned” was the final nail in the coffin. She added:

“Men have the luxury of time that women don’t and that’s just the way it goes.”

It’s so interesting that both twin brothers broke things off with their ladies over the same issue! Guess they really are identical in every way! Reactions, Perezcious readers? We’re sure you have them! Sound OFF (below)!