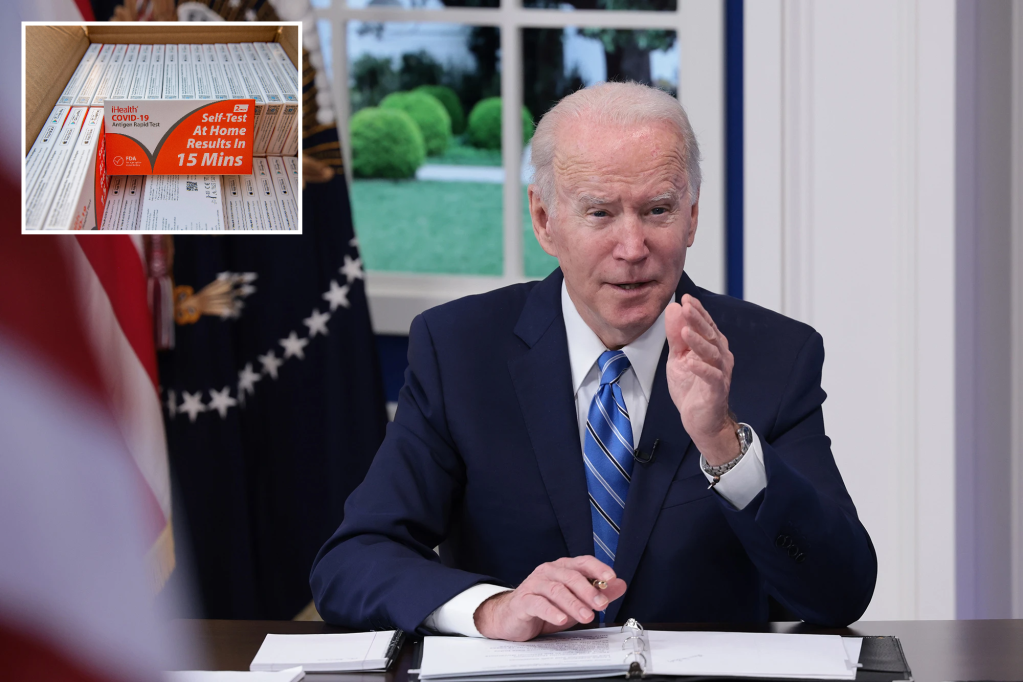 WASHINGTON — President Biden claimed Monday that his administration “didn’t reject” an expert plan in October that called for a massive pre-holiday surge in COVID-19 testing, including the mass distribution of free at-home tests before Christmas — despite an official reportedly confirming the move in a report last week.

“Why did your administration reject a holiday testing surge in October?” The Post asked the president on the White House lawn. “Does the buck stop with you there?”

“We didn’t reject it,” replied the commander-in-chief, holding an umbrella against drizzle before boarding Marine One en route to his beach home in Delaware.

Biden has repeatedly expressed regret about not acting more quickly to make free tests more widely available. Last week, he announced a plan to make 500 million tests available to Americans through direct order, but the initiative won’t begin until January.

Meanwhile, retailers have sold out of test kits and massive lines have formed at official test sites in major cities.

Although Biden has claimed the more contagious Omicron variant could not have been anticipated, Vanity Fair reported Thursday that experts from Harvard’s T.H. Chan School of Public Health, the Rockefeller Foundation, the COVID Collaborative and other groups pitched a 10-page plan to White House officials on Oct. 22 that called for the production of 732 million tests per month for a “Testing Surge To Prevent [a] Holiday COVID surge.”

The expert plan wanted “Every American Household to Receive Free Rapid Tests for the Holidays/New Year.”

Three days after the meeting, White House officials reportedly told the experts that the administration would not adopt the plan. One official who participated in the Oct. 22 meeting confirmed the decision to Vanity Fair, saying, “We did not have capacity to manufacture over-the-counter tests at that scale.”

“The White House, in baseball terms, was playing small ball,” Dr. Steven Phillips, vice president of science and strategy for the COVID Collaborative, told the magazine.

Biden said earlier Monday that he’d have “gone harder, quicker” to distribute COVID-19 tests if he’d known the Omicron variant was going to cause record-high rates of new infections.

“We went from no over-the-counter tests in January to 46 million in October, 100 million in November and almost 200 million in December. That’s not enough. It’s clearly not enough. If I — we’d known, we would have gone harder, quicker if we could have,” Biden said at a virtual meeting with governors.