The opening session comes to an end, and for England, it’s been a successful one.

After taking care of David Warner last night, Nathan Lyon, who was acting as the night watchman for the Australians was dismissed early in the morning’s play.

Lyon came out firing with back-to-back boundaries before Ollie Robinson dismissed him.

Not long after Lyon’s departure, superstars Marnus Labuschagne (1) and Steve Smith (16) both departed.

Marcus Harris (48*) and Travis Head (11*) remain and are currently at the crease for the Australians. 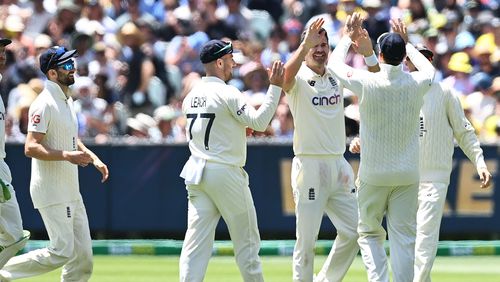 Before today’s play even started, the England squad was rocked by a COVID-19 scare.

The affected individuals are now isolating.