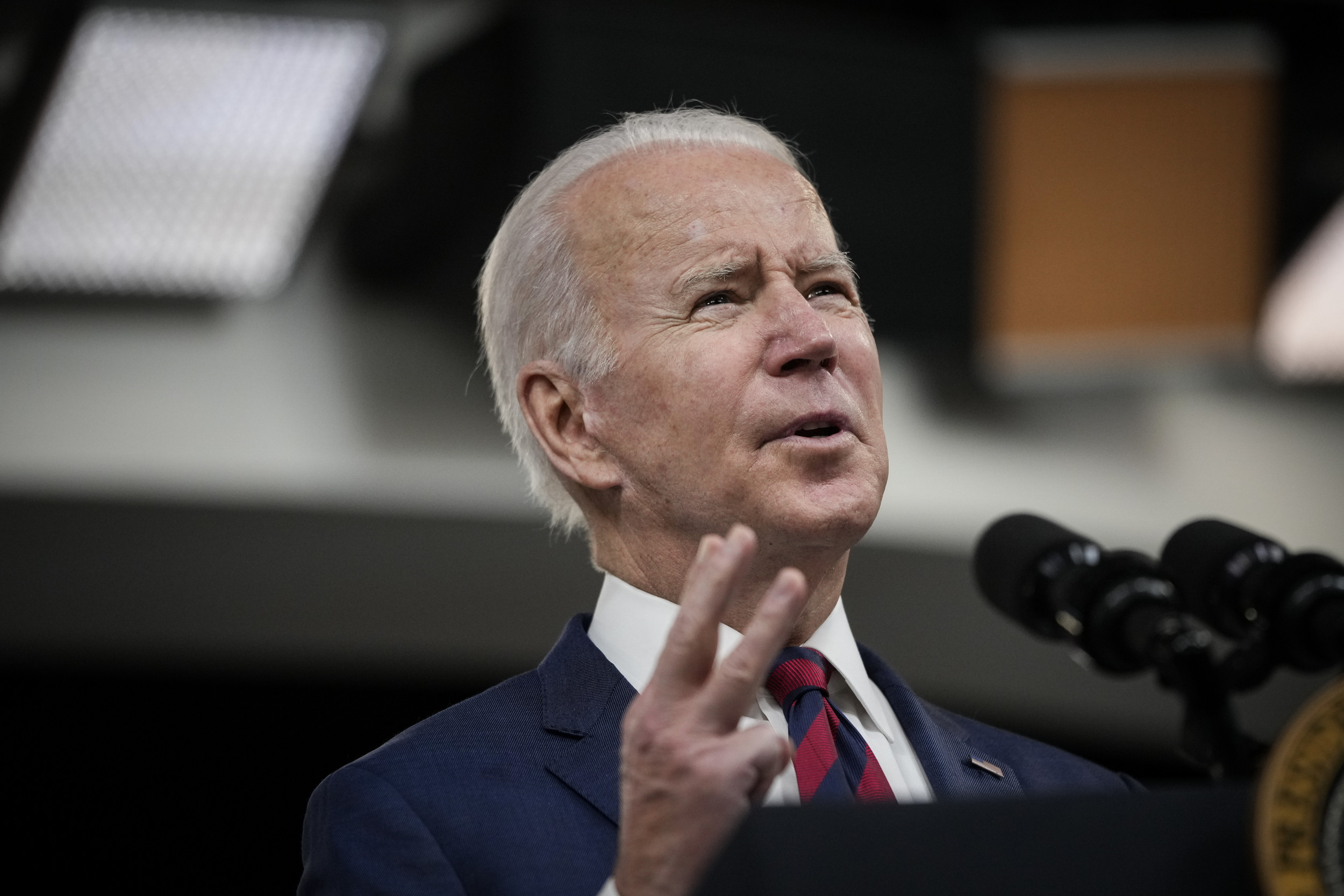 Joe Biden is one of the more complex men to ever be president. Is he, as his carefully crafted public persona suggests, a regular guy who rose from humble beginnings to the highest office in the land? Or is he a consummate insider, driven by a thirst for power and recognition?

It may not matter. Voters put him in office to do several very specific things—things which he is now failing to accomplish. If the current polling is any indication, the Biden presidency is dashing the hopes of his fellow Democrats who thought they were on the cusp of a period of transformational change.

Voters trusted Biden to provide stability, predictability and, above all else, competence. He offered the voters a choice between his years of experience in making the machinery of the nation’s capital work and his opponent’s inability to address effectively the most pressing issue of the day.

Now, more than a year later, with more people dead from COVID-19 in 2021 than in 2020, the voters are having second thoughts. Biden promised a comprehensive response to the pandemic, but has thus far failed to deliver. It may be beyond his or anyone’s reach, but he allowed the electorate to believe, aided by those who covered his campaign, that he could do it.

He’s also created a sense of “buyer’s remorse” among independents and others who believed his approach to governing would be moderate. Remember that, when pressed, Biden promised he would temper the radicalism of Bernie Sanders, AOC, “The Squad” and the activist groups that rallied to his side once it was clear he would win the nomination. “I am the Democratic Party,” he said at one point.

The American people are disappointed he has gone so far. Biden’s latest presidential approval rating hovers around 43 percent—not exactly a Nixonian number, but a far cry from the 60 percent or more who gave him high marks at the start of his term. The radicals who threw in with him, though, are likely equally disappointed because he has not gone far enough. They won’t say it, but they cannot understand why he has not put his political capital at risk and tried to rally the nation to his side in the important fights for Build Back Better, the abolition of the filibuster and the fulfillment of the Democratic agenda as set forth by the party’s left-wing leadership.

It may have been a fellow Democrat who delivered the knockout punch to Build Back Better, but there were others besides Sen. Joe Manchin (D-WV) who didn’t like it all that much. Sen. Krysten Sinema (D-AZ) also threatened to withhold her vote unless specific changes were made to the legislation—changes the progressives in the House would have opposed.

Other Democrats in Congress had problems with the bill as written, but all that is inside-the-Beltway baseball. What Biden and company missed, as Build Back Better was going down, was bigger than the opposition of congressional Democrats: They never explained to the American people why the bill would make their day-to-day lives better.

Pollster David Winston has been following the progress of Build Back Better “in its various forms” for most of the year. He’s identified four key reasons why it stalled and then died. The most important reason was that voters outside the Democratic base “never believed” what Biden and others said about the bill—that it would “cost zero,” that it “would reduce costs for everyday essentials” and that it would “help relieve supply chain problems.”

Second, the tax hikes and spending increases, never popular with most Americans, made Build Back Better look like just another “government spending bill with too many unrelated spending priorities” that would not make things better.

Third, Winston says, voter concerns about inflation were “real, and were validated by official sources,” and that when the White House “tried to blame other factors for inflation and price increases,” it lost control of the issue.

Finally—and this is where the president’s missing-in-action approach to the bully pulpit was most damaging to his ambitions—Biden was never able to make the passage of Build Back Better a priority for the American people like Reagan and Trump did with tax cuts, and Obama did with health care reform. It was “too far left,” Winston observed, “for a center-right country.”

America does not want to be transformed, at least not yet. Build Back Better failed because it was ill-conceived, not because one senator opposed it. Joe Manchin may have twisted the knife, but Joe Biden put it in his hand.

Newsweek Contributing Editor Peter Roff has written extensively about politics and the American experience for U.S. News and World Report, United Press International and other publications. He can be reached by email at RoffColumns@gmail.com. Follow him on Twitter: @PeterRoff.

The views expressed in this article are the writer’s own.