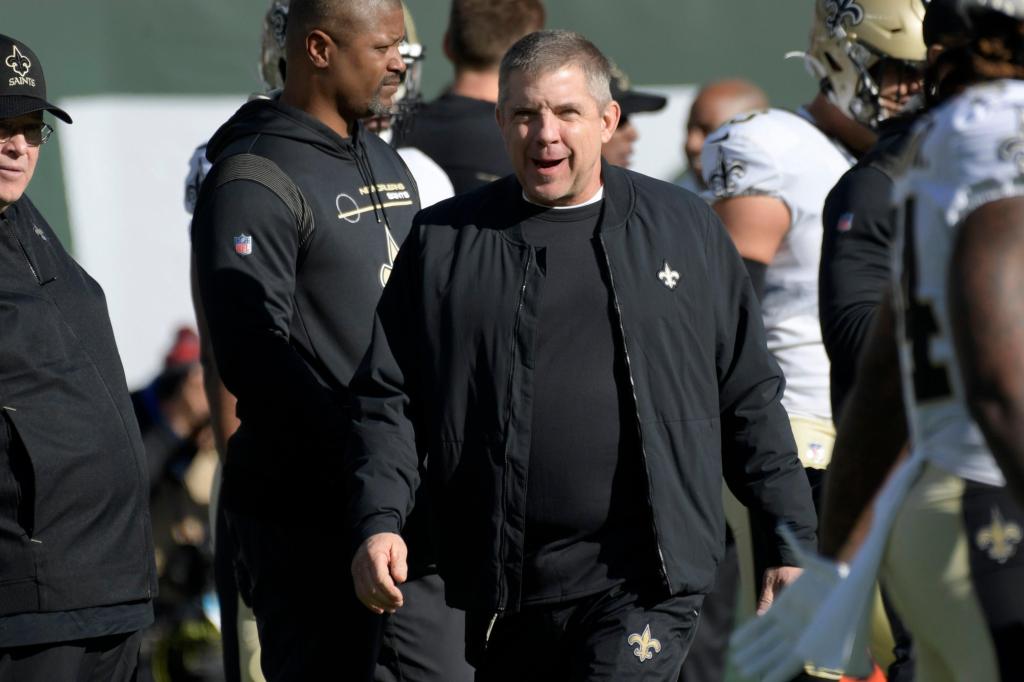 Here’s the recipe for seven straight wins: A hot defense. Efficient quarterback play. A coach who refused to let the season sink after a 1-7 season.

And 16 New Orleans Saints out with COVID-19.

Is it better to be lucky or good?

That’s the impenetrable question of the Miami Dolphins as everyone sees they’re this good over a six-game win streak and simultaneously this lucky to play a string of mostly bad teams with backup quarterbacks.

But it’s not a binary debate: Lucky or good.

It’s best to be lucky and good.

That’s how the Dolphins (7-7) slogan should read for this second-half comeback. It’s both. It’s fine, too. They haven’t slipped against bad teams as, say, the Los Angeles Chargers did Sunday against Houston to hurt their playoff chances. That’s good by the Dolphins.

And lucky? This hot defense won’t face a backup quarterback for once on Monday night in New Orleans. Ian Book is the Saints’ fourth-string quarterback. Book hasn’t been active for an NFL game, much less thrown a pro pass and coach Sean Payton has as much confidence in him as you’d expect.

Payton reportedly tried to talk retired quarterbacks Drew Brees and Philip Rivers into a one-game cameo with the Saints. No word yet from any Manning — Peyton, Eli or Archie.

The Saints lost Taysom Hill and Trevor Siemian to the COVID-19 list after losing starter Jameis Winston to knee injury. But then New Orleans lost 16 players due to the virus, including five in the past few days. They’re down to a shell of an offensive line, and two defensive ends.

And the Dolphins reaction?

“You play who’s on the schedule,” is the short answer. Just has it’s been throughout this second-half turnaround.

They’ve changed every metric from going 1-7 and looking like the worst organization in football to 6-0 and being mentioned in the playoff talk. Sunday helped, too. Not only did a playoff-sniffing team like the Chargers lose, but Buffalo beat New England, too. The Dolphins’ path to the playoffs is there. Win out.

Two heavyweight stats tell how they might: Their defense went from giving up 29.9 points their first eight games to just 17.3 on this six-game win streak. Their offense went from scoring 13.2 points a game to 24.5.

Why is the execution better? The rookie class has stepped up, including safety Jevon Holland hardening the defense. Quarterback Tua Tagovailoa has been healthy and doing enough with a limited cast.

It demands the question: Is the Dolphins defense this good or the opponents this bad? Baltimore’s Jackson is the only top 20 quarterback on the list. The rest reads like the flotsam and Jets-am of the NFL. But so what? Again, the league is littered with teams that didn’t take advantage of the mushy-soft part of their schedule.

Now comes the virus-decimated Saints. And Book. What to expect from him? Payton told you everything by emergency calling quarterbacks who haven’t thrown a football in a year.

If the Dolphins’ blitzing defense took care of Jackson, what havoc will it wreak against the rookie from Notre Dame?

This last stretch of the regular season was expected to define just what this Dolphins turnaround meant. At New Orleans, at Tennessee and New England at home in the finale was a good test.

Who are the Dolphins, really? Can Tagovailoa keep up this good play on the road against good defenses?

This Dolphins team has played well since 1-7. They’ve found the formula to win. It doesn’t take anything away from the win streak to note the Dolphins opponents are a collective 26-58. Does it really matter the Patriots have beat three winning teams all year?

Good teams beat up on bad teams. That’s how good seasons are made. The regret for the Dolphins season is they lost to the dregs like Jacksonville and Atlanta.

New Orleans isn’t a playoff team today. It was the Dolphins of the NFC at 7-7 before the virus hit them. Now they’re a team whose season is ready to be sent home to bed sick. It’s up to the Dolphins to do the sending home.

Flores has turned around this Dolphins season by holding everyone together. They’ve also had all kinds of circumstantial, casual and now viral luck.

There’s no need to argue over or apologize for it. The important part is to take advantage of it.