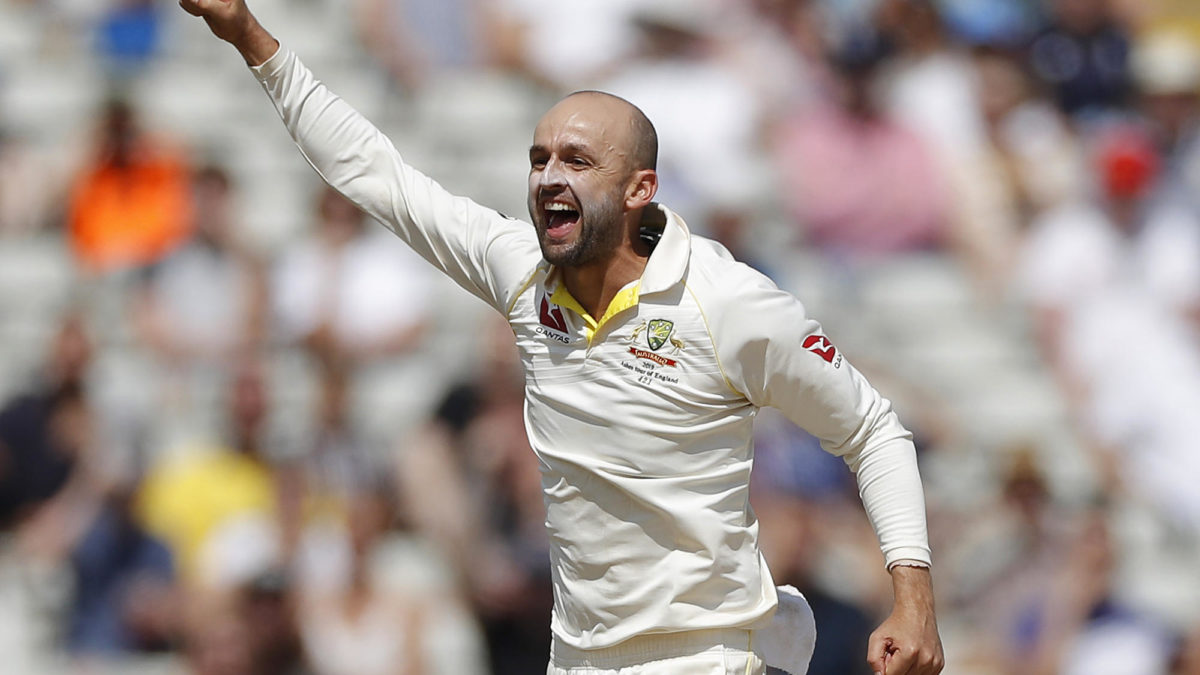 Despite being Australia’s most experienced player with 100 Tests to his name, Nathan Lyon has barely rated a mention in the captaincy debate.

If paceman Pat Cummins could serve as Test skipper, why not an off-spinner?

It’s a moot point, however, because Lyon is perfectly content to be overlooked for Australian cricket’s most prestigious job.

“If I put my hand up for captaincy it’d mean I would have to hand over the team song,” Lyon said on Thursday.

“And to be honest, I’d rather lead the team song, so I’m more than happy for Pat and Steve [Smith] and anyone else to put their hand up.

Needing one more wicket for 400 Test scalps – a milestone that’s long been in the back of his mind – Lyon will nonetheless play a crucial leadership role in the upcoming Ashes.

And, if he’s lucky, perhaps he’ll have the joy of leading the team song five times as he did during the famous 2013/14 series whitewash down under.

Regarded as a phenomenal team man, Lyon has led Australia’s Under The Southern Cross victory song since inheriting it from Mike Hussey in 2013.

Hussey saw the potential in Lyon well before he became known as the GOAT.

And so he decided to bestow the honour of being song master – a role Hussey gained from current coach Justin Langer – upon Lyon after his final Test against Sri Lanka at the SCG.

“First of all he tried to talk me out of retiring. He said you’ve got to keep playing but I’d already made my mind up,” Hussey recently told Damien Fleming’s The Bowlology Report podcast.

“I actually wrote him a letter and just explained to him why I thought he was the right man for the job and it came down to character.

“At that time, the team was in a fair bit of transition and we weren’t exactly sure who was going to keep their place in the team over a long period of time so I wasn’t really sure who to give it to, to be honest.

“And if I’m being brutally honest, there were a few young guys that were coming through that I wasn’t 100% sure of their attitude and their motivation for playing.

“There were some, and I don’t want to name anyone of course, but I was worried about if they were playing the game for fame and fortune and the external sort of things – the materialistic motivations – and I wanted someone that had respect for the game, respected hard work, respected past players, played the game for the love of it, and for the love of the baggy green.

“That’s what I wanted to pass on, and I saw that in Nathan Lyon.

“I saw that he was a good person, a good character, had good morals and values.

“I thought that’s the guy and I’m hoping he can go on to have a long career. And so it worked out well in the end but it was a bit of a lucky call at the time.

“But it was more based around character than anything else.”

It might not come with quite as much responsibly as the captaincy, but the song master’s is a position steeped in tradition and culture.

“The singer of the song is almost like the spiritual leader of the team. So to get given that is such an honour but you have to honour the people that sang it before you as well,” Fleming said.

Hussey added: “I had great pleasure when the game is finished, sitting in the dressing room, relaxing, enjoying each other’s company, and saying to Ricky [Ponting], ‘you’re not in charge any more, mate, I’m taking over’.

“It was the only time in my whole career I could say, ‘sit down Ricky, have a cold drink, I’ll take over from here’. That was wonderful.”

Already the country’s most successful off-spinner, Lyon has the chance to become just the third Australian to take 400 Test wickets in the Ashes opener at the Gabba from December 8.

With COVID causing scheduling issues, Lyon has had since Australia’s last Test against India in January to think about achieving the “exciting milestone”.

“I don’t think it’s got inside my head, [but] I think I’m aware of it. I think it would be crazy if you weren’t aware of it,” he said.

“I think it’s something that I know what I need to do … and if I keep challenging the English defence then hopefully I can create a chance and it can be taken and then we can move on nice and early in the series.

“I’m more worried about the whole Test series and just making sure I can play my role in the Australian cricket team and making sure we win and retain these Ashes.”

Lyon has been playing at the international level for a decade but doesn’t intend to slow down. On his bucket list are away series wins in India and England.

And if he forges on into his late 30s or beyond, the tweaker may just have a shot at surpassing Glenn McGrath (563 Test wickets) and spin king Shane Warne (708) on Australia’s all-time wicket-takers list.

With no plans of retirement, it also means the team song won’t be passed down anytime soon.

“He’s the perfect choice. And look at his career, he’s not the GOAT for no reason and he’s gonna play a big role this summer.”