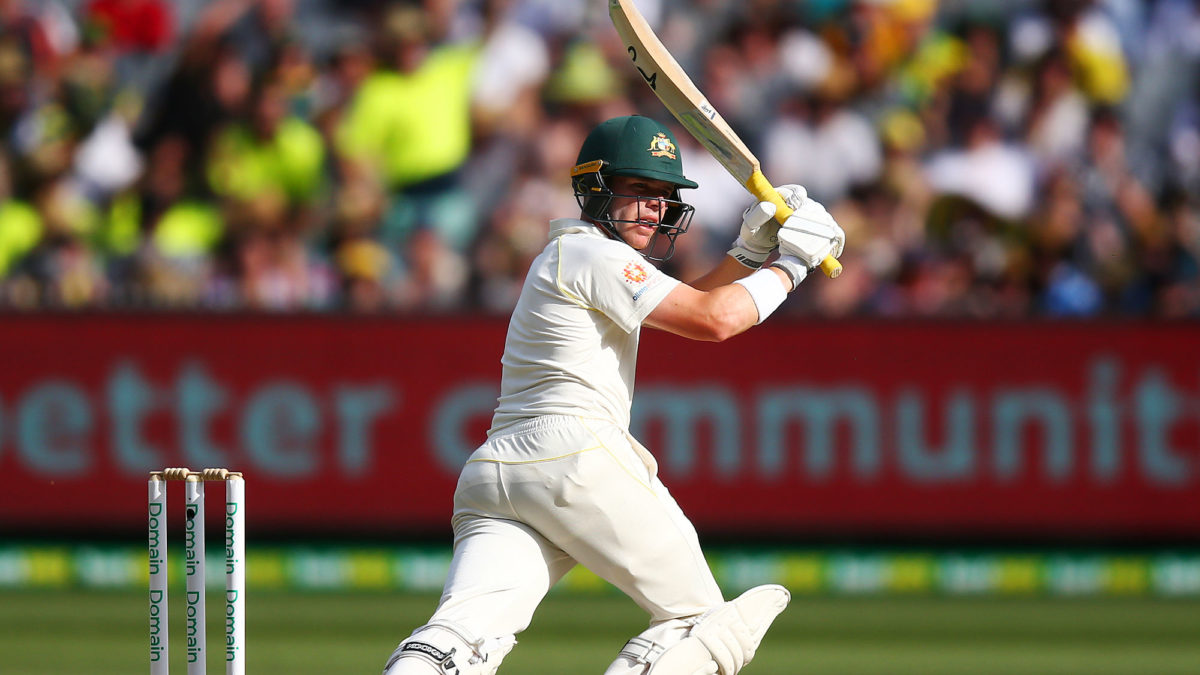 Marcus Harris insists Tim Paine remains a popular member of the Test team and believes he deserves to play in the Ashes on merit.

Speaking on Wednesday from quarantine on the Gold Coast, the opener said Paine – who resigned as skipper last Friday – can “absolutely” be a key player without the captaincy.

“He’s done a really good job in the last few years under tough circumstances,” Harris said of the 36-year-old wicketkeeper.

“I think you can probably still argue that he’s the best gloveman in the country and he still played a few really important innings last summer against India.

“I know he’s got the support of all the players. All that other stuff is up to people above me.”

While Paine is playing a Second XI game for Tasmania this week and hasn’t addressed the Test squad as a whole, his teammates have made sure to reach out.

“I think everyone has spoken to him personally,” Harris said.

“I sent him a message the other day and I spoke to him a little bit.

“Obviously Painey is a very popular member of the group and he was the skipper as well. We’re looking forward to him getting up here in the next week or so and getting on with cricket.

“When you have things going on, sometimes the best thing to do is be out in the middle and playing cricket, taking your mind off things.”

Harris said he and other members of the Test team learned of Paine’s decision to step down as captain about 30 minutes before his scandal became public.

“It was a shock, but Tim’s always been a great leader around the group,” he added.

“He’s always been really good to me and my family, so our hearts went out for Tim and Bonnie [Paine’s wife] and the kids and his family.

“CA are going to work out who leads now, but knowing Painey and knowing his character, he’s a pretty strong and resilient bloke, so if anyone can get through it I’m backing Painey.”

Meanwhile, Harris is confident of grasping his latest opportunity for Australia.

A prolific run-scorer for Victoria, Harris hasn’t quite translated his domestic form to the international stage with an average of 23.77 after 10 Tests.

He struggled on the 2019 Ashes tour as England’s pacemen bowled around the wicket but the left-hander feels equipped to succeed on home soil.

“It was a tough first Test series over in England for myself. It wasn’t an easy series for anyone to open that summer, but obviously I’ve had plenty of time since then to try to work on a few things,” Harris reflected.

“I had the opportunity to go and play in England [for Leicester] again this year, so that was really beneficial – I really enjoyed that.

“It’s been a ploy that a lot of teams have employed against me now, to come around the wicket, and I feel like I’ve worked really hard on the technical side of my game and tactically to try to combat that.

“The proof will be in the pudding come December 8th but it feels like I’ve worked really hard, it’s going well.”

And he expects the likes of Stuart Broad and James Anderson will need to tweak their strategies on the bouncy Aussie pitches.

“I think probably in England the length they can bowl is a bit different to Australia,” Harris said.

“They can probably bowl a little bit shorter and still hit the top of the stumps in England, which obviously brings in LBWs and bowleds and all sorts of stuff.

“That’s what the challenge was over there and the Duke ball that summer was moving around a lot. They’re going to have to bowl a different length in Australia and the wickets are probably more batter-friendly in Australia.

“It can be sometimes, I wouldn’t say easier, but better to line them up, especially as a left-hander around the wicket.

“It’s still going to be a challenge for us because at the Gabba the ball moves a fair bit and bounces a lot, but I think they’re going to have to bowl a bit fuller.”

Harris will reunite with David Warner atop the order and can sense a strong combination building with the veteran.

“We had a really good centre-wicket [training session] yesterday out at Metricon. That was good against all the boys, which was a good challenge,” he said.

“We just spoke about what he [Warner] was thinking about doing and some tactical stuff. Davey is a great player, so any advice I can take from him I well and truly will.

“Davey brings a lot of energy to the crease and to the partnership and for a long period of time he’s dominated world cricket, so he takes a lot of pressure off. You don’t feel any pressure to score.

“I know we had a tough series over in England, but in the second innings against India [at the Gabba last summer] I think we put on 80 or 90 which is really good.”