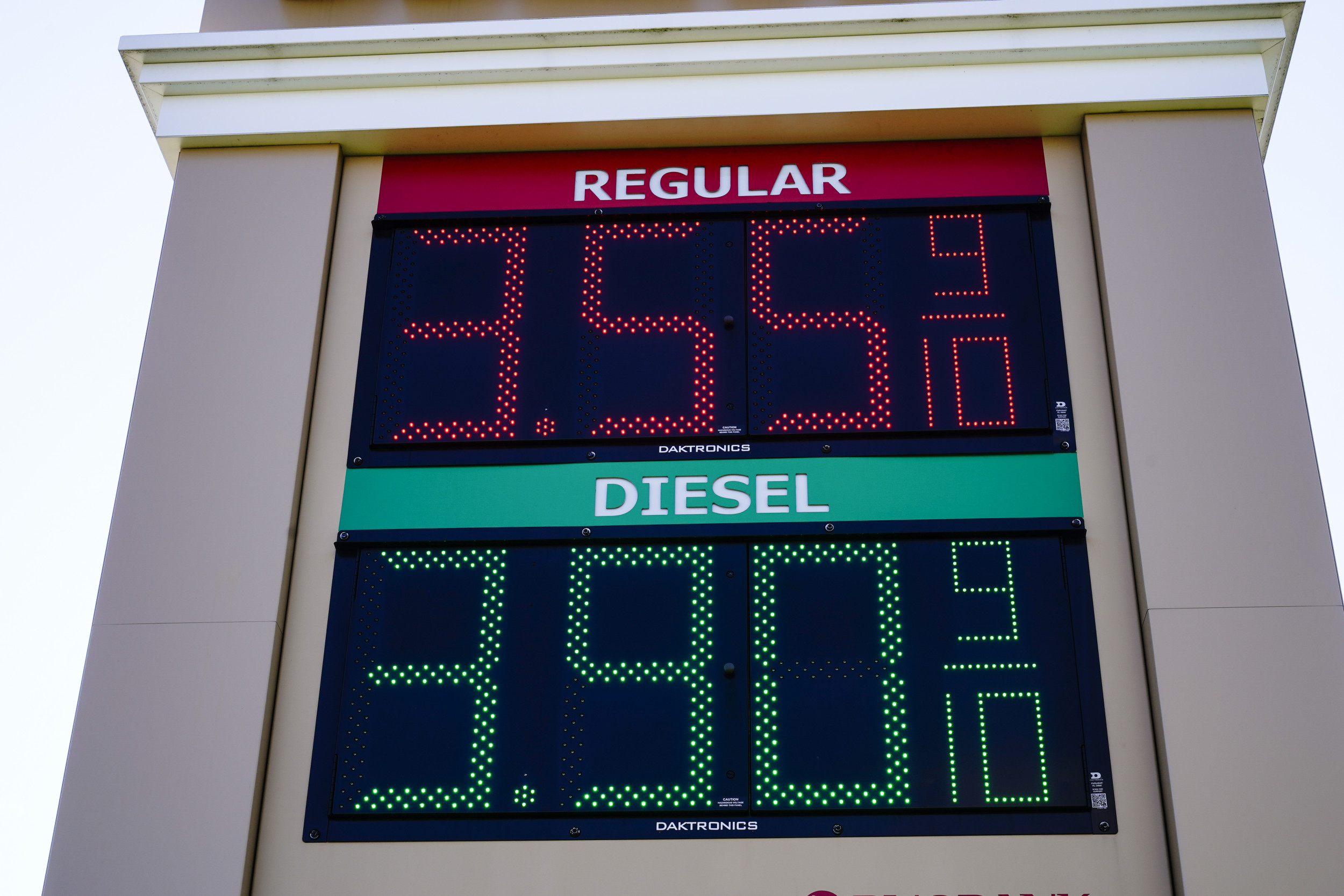 Environmentalists and climate activists backed President Joe Biden‘s decision to tap into the national oil reserves as a temporary fix for increased gas prices, saying it served as a reminder to move towards clean energy, the Associated Press reported.

Biden announced the use of 50 million barrels of oil from America’s strategic reserve to help lower gas prices that have risen more than a dollar per gallon since January.

Kelly Sheehan, senior director of energy campaigns with Sierra Club, said the current high prices for oil was a reminder that “the only way to truly achieve energy security is to rapidly transition away from risky fossil fuels like oil and gas make it easier for more people to access clean energy.”

Biden spoke at the White House on Tuesday and said the increase in gas prices made the move to withdraw oil from the country’s emergency stockpile necessary, but it wouldn’t distract from his larger goal of being energy independent.

“Now is the moment to keep that promise by urgently speeding the transition to electric cars and a renewable energy grid,” said Kassie Siegel, director of a climate law institute at the Center for Biological Diversity, an environmental group.

Americans who buy electric cars will save up to $1,000 in fuel costs this year, Biden said, “and we’re going to put those savings within reach of more Americans and create jobs installing solar panels, batteries and electric heat pumps. We can make our economy and consumers less vulnerable to these sorts of price spikes when we do that.”

Lorne Stockman, research director of Oil Change International, an environmental group focused on creating a “fossil-free future,″ said Biden should have acted sooner if only to counter a barrage of Republican criticism blaming him for high gasoline prices.

“Presidents are always blamed for high gas prices, whether they have anything to do with it or not,″ Stockman said, calling the measure a small step to bring short-term relief to American consumers.

The coronavirus pandemic has roiled energy markets. As closures began in April 2020, demand collapsed and oil futures prices turned negative. Energy traders did not want to get stuck with crude that they could not store. But as the economy recovered, prices jumped to a seven-year high in October.

Republican Senator John Barrasso of Wyoming called Biden’s use of the strategic reserve, along with calls for OPEC and Russia to increase production, “desperate attempts to address a Biden-caused disaster” and no substitute for increased American energy production.

Lukas Ross, manager of climate and energy justice at Friends of the Earth, another environmental group, said the spike in gas prices shows that “our continued dependence on a volatile compound that is literally cooking the climate is exactly why we need” Biden’s sweeping social and environmental bill approved as quickly possible.

The $2 trillion bill, which has been approved in the House and is pending in the Senate, includes about $550 billion for climate change efforts, including proposals to boost wind and solar power and support electric vehicles. Republicans unanimously oppose the measure.

“Price volatility will always be part of Big Oil’s playbook,” she added. “Let’s break their stranglehold on our economy once and for all.”

The U.S. action, announced Tuesday in coordination with countries such as India, the United Kingdom and China, is aimed at global energy markets and helping lower gasoline prices that have risen more than a dollar per gallon since January. But it could also undermine Biden’s climate goals, including a 50 percent cut in greenhouse gas emissions by 2030.

Some leading climate hawks, however, said they were not concerned by the move because they see it as a short-term fix to meet a specific problem. Democratic Senator Ed Markey of Massachusetts, who has focused on combating climate change, said Biden was “taking effective action to protect Americans from oil price gouging” even as the administration continues to boost renewable energy that it hopes will eventually mean less dependence on fossil fuels.

“This is what reserves are for—defending our economy against disruption,″ Markey tweeted. “Profiteering can’t go unanswered, especially as Big Oil makes billions and fuels the climate crisis through exports.″

The Strategic Petroleum Reserve is an emergency stockpile to preserve access to oil in case of natural disasters, national security issues and other events. Maintained by the Energy Department, the reserves are stored in caverns created in salt domes along the Texas and Louisiana Gulf Coasts. There are roughly 605 million barrels of petroleum in the reserve.

Markey and other Democrats had urged Biden to release oil from the reserve to ease prices on consumers. There have also been calls on the president to reinstate a ban on crude oil exports that was lifted in 2015. Biden has made no move to reimpose the export ban, which was repealed by congressional Republicans in a bid to assert U.S. energy dominance and promote domestic production.

Biden has authority under the legislation to declare an emergency and limit or stop oil exports for up to a year but is not expected to do so.