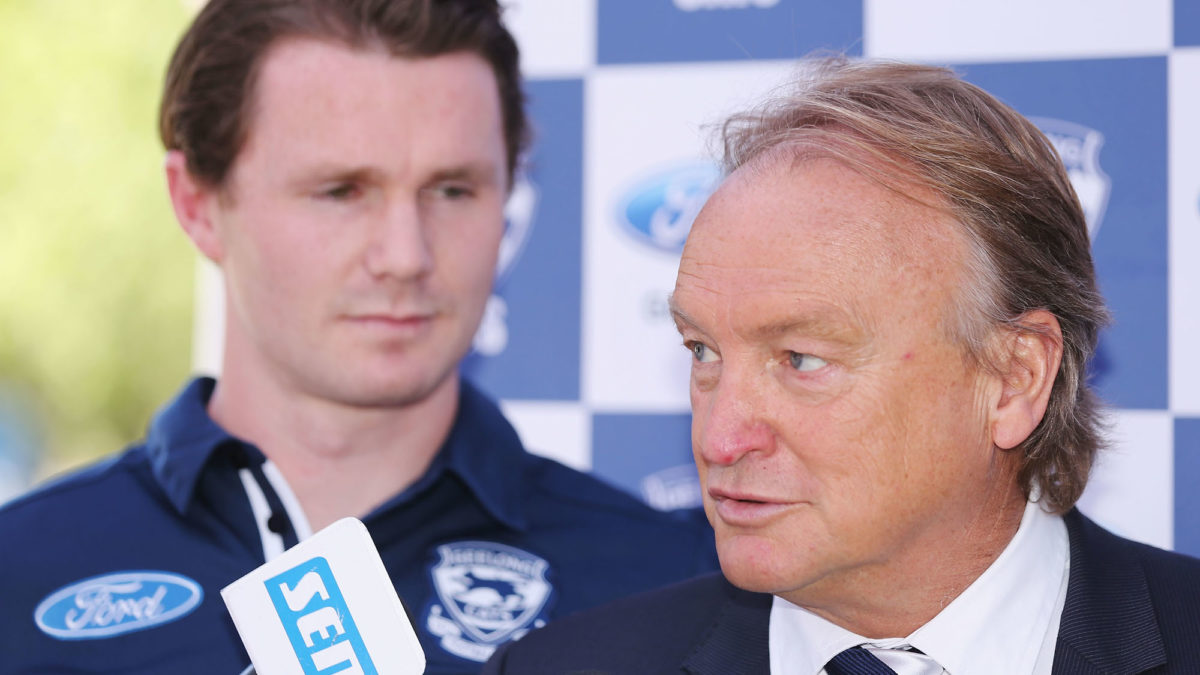 Voss and club football boss Brad Lloyd have been identified as close contacts and will not be present for the first-round of the draft at Marvel Stadium on Wednesday night.

However, Carlton’s recruiting team has received the all-clear and will be able to attend the draft.

All Carlton players and administration staff have been instructed to get tested, self-isolate at home and not return to the club until they receive a negative result.

Cook is fully vaccinated and the 66-year-old will isolate at home for the next 10 days.

“My main concern is the health and safety of our people, I sincerely appreciate all of them getting tested this afternoon at short notice,” Cook said.

“I am feeling okay, thankfully, which is further evidence of why it is so important for people to be vaccinated.

“Getting vaccinated is not only our way of getting back to our normal lives but is how each of us can play our part and return the favour to help the incredible health and medical professionals who have worked so tirelessly for all of us since the pandemic began.

“As we have seen across the competition this situation is simply now a reality and further emphasises why we have such clear protocols in place by the AFL to ensure our competition can continue to operate.

“Thank you to everyone who has already sent through their well-wishes, I will now isolate at home and once fully recovered, look forward to getting back to work.”

Cook is one of the most decorated, respected and experienced administrators in Australian sport.

He served as West Coast’s chief executive for nine years, overseeing the Eagles’ first two AFL premierships in 1992 and 1994.

Expected to retire after leaving Geelong, Cook was convinced to join the struggling Blues in September as the once mighty-club attempts to turn around its fortunes on the field.

Cook’s diagnosis comes after Carlton defender Liam Jones opted to retire earlier this month rather than be vaccinated against COVID-19.

It was just the third positive test from the men’s playing ranks since the start of the pandemic.

The case was not related to one in the Giants’ AFLW program which was confirmed on Tuesday.